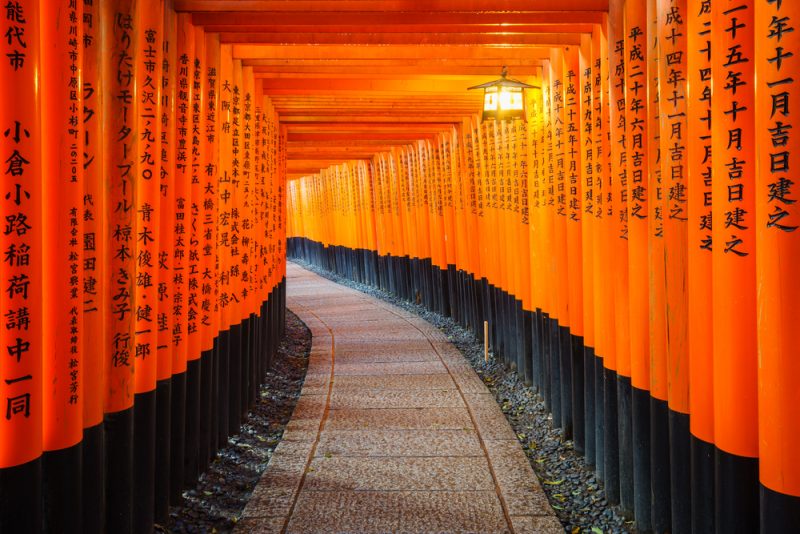 One of the best ways to get to know what Japan has to offer is to explore the best-of-highlights route from Tokyo to Kyoto and Osaka. This itinerary allows you to see most of Japan’s famous landmarks and truly get a taste of the culture.

You will travel from the modern wonders of Tokyo, past the natural beauty of the Japanese Alps, all the way to the traditional and ancient Kyoto. The best thing about it? You can do it all in just 10 days!

Get ready to explore the greatest sights in the Land of the Rising Sun, with the help of our itinerary and recommendations, with your Japan Rail Pass in just 10 days.

Day 1: Getting to know Tokyo

Arriving at Narita or Haneda Airport

Tokyo has two airports, Haneda and Narita. Our three days in Tokyo article provides all the detailed information you will need about where and how to exchange your Japan Rail Pass. To get to Tokyo’s city center from Narita Airport, you will need to take the Narita Express, or the Tokyo Monorail if coming from Haneda Airport.

Tokyo is truly an incredible place to discover! It’s a melting pot between cutting edge technology and Japanese traditional culture. From the bustling Shibuya, Harajuku, and Shinjuku districts to the majestic grounds of the Imperial Palace to the magnificent Sensoji Temple, to the buildings that once housed Samurai warriors. Tokyo has it all!

For your third and final day in Tokyo, you can relax a little from the bustle of the city and discover a more laid-back side of the city.

A day-trip outside of Tokyo is the ideal way to escape the bustle of the city and explore the picturesque sites close-by. Choose a one-day excursion outside of Tokyo, to either Nikko, Kamakura, or Hakone and the Mount Fuji area.

Because each one offers such different options, we have rounded them up in a nifty blog post: Best day trips from Tokyo by train, where you are sure to find the perfect way to spend your day.

Takayama is located in central Honshu (Japan’s main island), a short distance west of the main part of the Japanese Alps. Take a shinkansen on the JR Tokaido Line to Nagoya and then switch to a Hida Wide View Express until Takayama.

Take an early Wide View Hida Limited Express Train to JR Toyama Station, since there is no direct train line between Takayama and Kanazawa. Arrive at JR Toyama Station, and then make your way to the Hokuriku Shinkansen which will take you all the way to JR Kanazawa Station.

Kyoto is a wonderful, magical city brimming with culture and ancestral traditions. Kyoto has many historical sites and attractions.

On day 1, we suggest visiting the Arashiyama Area and Kinkaku-Ji (Golden Pavilion).

On Day 2 we suggest you head on over to the incredible Kiyomizu-dera and then to Fushimi Inari-taisha. Two days is really a minimum to visit Kyoto and its most famous temples, therefore we have made a travel guide of Things to do in Kyoto. Take a look to discover all there is to see and do.

Nara was the capital of Japan from 710 to 794. It has a total of 8 Unesco World Heritage sites collectively known as Historic Monuments of Ancient Nara. So leave your baggage in the coin lockers and brace yourself to explore beautiful Nara before leaving to spend the night in Osaka.

Day 10: Osaka or back to Tokyo

If you are departing from Kansai International Airport or Osaka Airport you can enjoy a fun-filled day exploring Osaka. If departing from Tokyo you can still enjoy half a day walking through its most famous districts: Kita and Minami as well as the Osaka Bay Area, before making your way back to Tokyo to catch your flight.

If you have a little time we suggest adding the Osaka Aquarium (Kaiyukan), the Tempozan Marketplace, and the Osaka Castle to your to-do list!