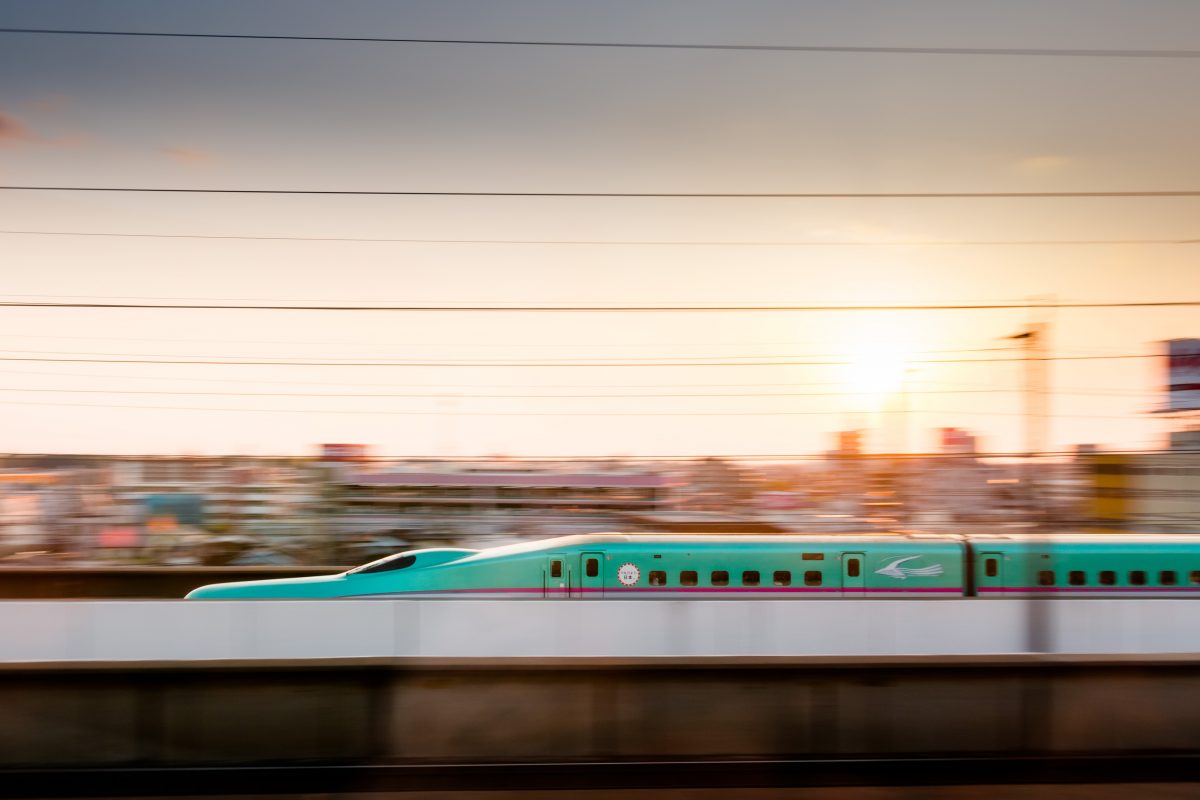 If you are planning a trip with the Japan Rail Pass, better be prepared! You will be riding Japanese trains quite often.

While visiting the country may be a dream come true for many, figuring out how to manage the Japanese transportation system might be somewhat of a challenge for others. This article will solve all doubts regarding riding the trains in Japan so keep on reading.

The railway system in Japan is so well developed, punctual, extensive and diverse that you can simply assume that wherever you plan to go – there is a train that will take you there.

The very first thing to know is that railway lines in Japan are not operated by a single company. National Japan Railways Group owns roughly 80% of the railroads, but the rest are privately owned companies.

Due to this, when reading the visual maps above any ticket-vending machine around Japan you will notice that some lines headed in the same direction have different prices. This is so because each company has its own price list.

You are free to select the company you wish. The Japan Rail Pass discounted multi-use ticket is part of the National JR Group.

For more information about the national, regional and local lines, please check our maps page.

Types of trains in Japan

Following are the intercity and suburban Japanese train categories explained:

Also known as bullet trains, these are the fastest transportation modes in Japan with very few stops (if any) in comparison to the rapid or local ones.

The Shinkansen run on separate tracks and platforms since their track gauge is completely different from the others. This is due to the line’s high-speed capabilities and overall construction.

A Super Express fee is required when boarding any of the bullet trains, in addition to the regular base fee. The price is usually between 800 and 8,000 yen, depending on your final destination.

Note: Shinkansen bullet trains are included in the Japan Rail Pass*, which means that JR holders will not have to make any extra payments when boarding this train during the validity of their pass.

*With the exception of the “Nozomi and “Mizuho” privately owned trains.

There are over a 100 different types of Limited Express trains, with a limited number of stops, so they only go to major Japanese stations. Similar to the Shinkansen, the Limited Express also requires an additional fee to be paid. The Japan Rail Pass does cover some of those trains, however not all of them. The extra cost can vary between 400 and 4,000 yens.

Many of the Japanese Express trains have been stopped and upgraded to Limited Express or downgraded to Rapid. The JR Group operates the current Express trains, which means Japan Rail Pass holders can use them free of charge. All other passengers will be charged an additional fee.

Passengers will not be charged any extra fees when boarding a rapid train. A single train ride costs equally to one local train ride. The only difference is that rapid trains skip a few stops in comparison to the local one, which makes their time of arrival notably shorter.

To ride a local train you will need to buy a regular ticket. No extra fee will be required. Local trains can either go from point A to point B or run at loop lines both directions (like the Yamanote line in Tokyo or the Osaka loop line), stopping at all stations. It is recommended not to take these trains for long distances as they are some of the slowest and least spacious in Japan.

While most trains are geared toward commuting or business travel, there are many trains that are designed for tourists. In Japan, this type of train is broadly referred to as joyful trains.

The most popular trains are the various steam trains that run on more scenic lines. These mostly run on weekends and holidays and many operate only in the summer months. Many of them called character trains have been given unique designs to attract visitors to scenic locations. This started with trains featuring characters popular with children, but more recently, prominent industrial designers have been recruited to design unique trains more appealing to adults.

Before explaining the ticket-buying process, let us focus on the train ticket options you will have with the different companies and services (you can also read our article about Train tickets in Japan for more detailed information):

With the JR Pass, you can choose between 7, 14 and 21-day pass, giving you access to all Japan Railways Group (JR) trains, buses and ferry services available throughout Japan. 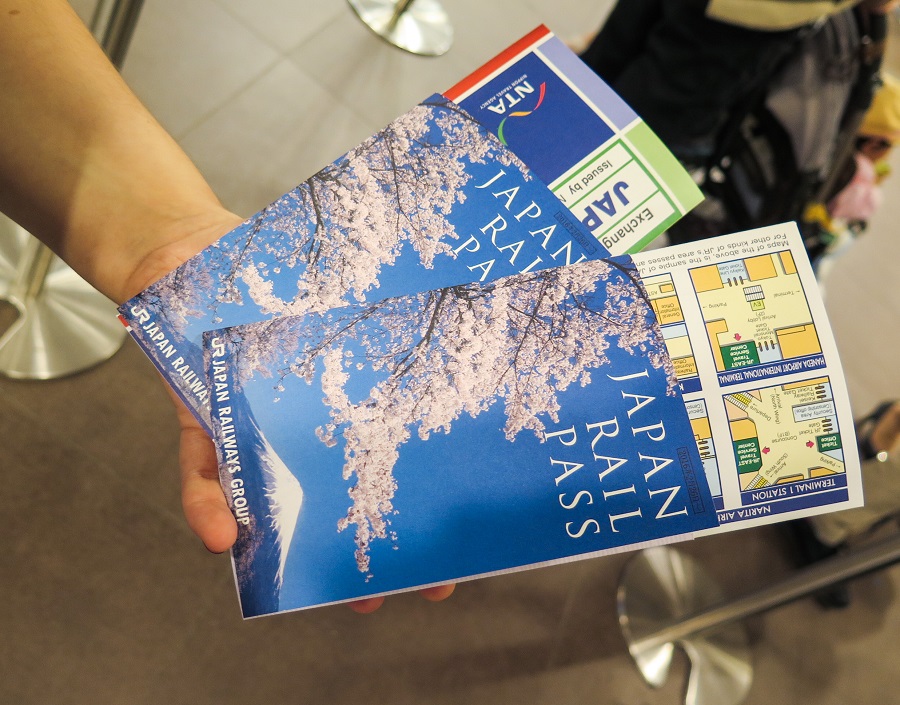 These are the regular tickets that will take you from point A to point B. For short distances, it is easier to purchase them from the ticket machines, which you can find easily on any platform.

What is more, there is an increasing number of shops and restaurants where travelers can use an IC card to make a contactless payment.

Note: Please keep in mind that each Japanese city has its own prepaid travel card. The good news is that they are interchangeable, which means you can use your Tokyo Suica card on the Kyoto metro.

Many Japanese cities offer city passes that grant 24h unlimited access to any of the city transportation means such as trains, trams, buses, and metro. Such passes are also referred to as Day Pass. You can purchase them at a ticket counter in any of Japan’s big cities: Tokyo, Osaka, Kyoto, Sapporo, Nagoya, Hiroshima and more.

How to buy individual train tickets

First-timers might be puzzled by the typical Japanese ticket machines as grasping how to buy a ticket right from the beginning is not always easy. Do not be scared! Here is our step-by-step guide to managing the Japanese ticket vending machines:

How to use the ticket vending machines

Even though it might seem complicated or too unfamiliar at first, don’t be discouraged. The second try will already be easier!

Note: Keep your ticket with you until the end of your trip. You will need it to get out at your destination station.

How to reserve train seats on Japanese trains

All Japan Rail Pass holders are entitled to free seat reservations. If you are a JR Pass holder, you can simply go to any of the ticket offices located at the stations, specify which train are you planning to take and that is all. You will be given a confirmation of your seat reservation within seconds.

The procedure is the same for passengers with no Japan Rail Passes. However, they will have to pay an extra fee. The exact amount depends on the selected type of train and class.

Note: Always remember that Japanese trains are punctual to the second. If you have a seat reservation, make sure to be at the station in advance.

Getting around Japanese train stations

Japan Rail Pass holders enter the train platforms at the station from a different gate than those with standard train tickets. To enter, JR Pass travelers should go to the glass booth located next to the gates and show their JR Pass (and passport, if required) to the staff.

When at the station waiting for your train, there are a few things you need to keep in mind:

Note: for more information about stations, please refer to our complete guide about Japanese train stations.

Where to store your luggage

Riding the trains with large suitcases is not recommended as there is little storage space provided on most trains. This excludes the Narita Express, which will take you to and from Narita Airport to central Tokyo, and the Haruka train. Both are well equipped for large luggage, however, the rest of the trains are not.

Shinkansen trains offer overhead storage compartments for regular luggage. Also,  there is space behind the last row of seats of each car. However, this space is limited, and there is no guarantee it will be available.

Note: for more information about transporting luggage, please refer to our guide about luggage forwarding and coin lockers.

It is important to understand that the Japanese follow a strict etiquette in public and especially when riding a train or taking a bus. Always bear in mind that speaking on the phone is not accepted, as you are disturbing those who surround you.

Listening to loud music, placing your bags on the seat next to you or not giving it up to the elderly, sick or pregnant is practically forbidden.

A final recommendation will be to enjoy to the fullest your time in Japan but always to be mindful of those around you.

120 thoughts on “Train travel in Japan: a complete guide”