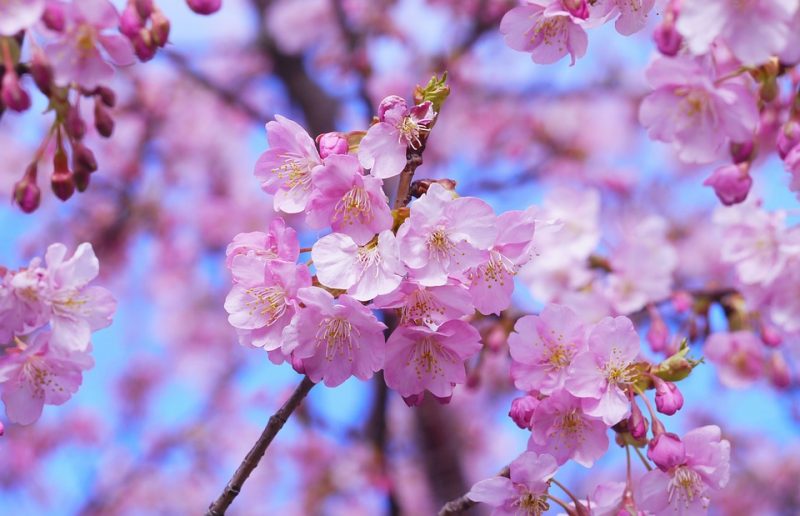 The Japanese cherry blossom, or sakura, has long been adored by people across the globe. It is regarded as a symbol of renewal, vitality, and beauty. During the spring season of each year, thousands travel to Japan to view the wondrous spectacle of these white or pink flowers blooming en masse.

Update (January 27, 2023):  Check below for the details, including our map with the best viewing spots. The next update is expected for February 9.

Japanese families also eagerly await this time. Many attend cherry blossom festivals or simply enjoy hanami, the tradition of viewing and enjoying the beauty of the cherry blossom. Many people indulge in picnics beneath the blooming cherry trees. 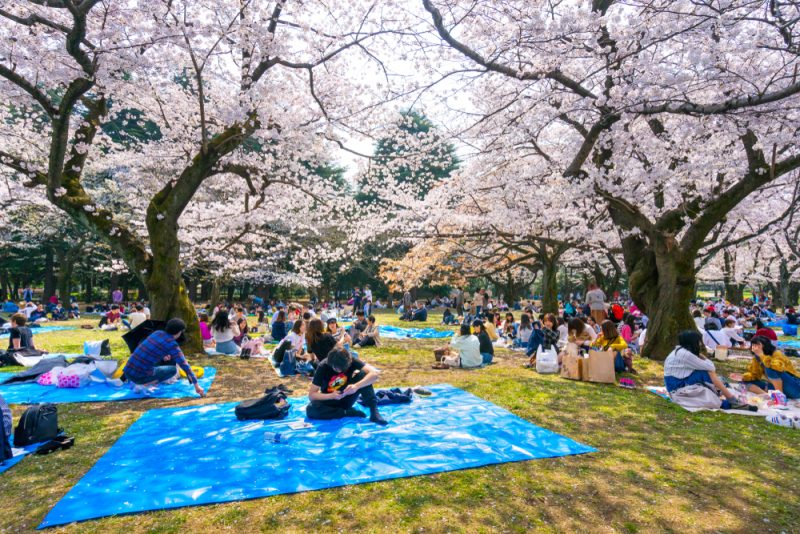 A Japanese hanami is an experience of a lifetime, especially if you must travel from afar!

If you are planning a trip to see Japan’s famous cherry blossoms in 2023, there are two things to consider – where and when to visit. There are many prime locations with a variety of features – some have the oldest trees, others the most trees, and some are close to historic areas or other sites of interest. You can quickly and easily travel between many locations by train using your Japan Rail Pass.

The cherry blossom usually start from the south, at the end of March, in Kyushu, where the temperature begins to rise earlier, and the cherry blossoms bloom northward until early May in Hokkaido.

Keep in mind: most flowers usually take a week to reach full bloom once flowering has begun and that full bloom also lasts around a week.

The sakura (cherry blossom in japanese) average blooming time can vary widely based on the geographical location within the country. Areas with milder winter climates produce earlier bloom times. Blooms usually open first in the southern region, and blooming progresses northward. Wind, rain, and temperature can cause the blossoms to appear either earlier or later than average and can lengthen or shorten the blooming season. Take a look at the current dates, but don’t forget to check back later to get the latest and most recent forecasts.

Find below the 2023 forecast for cherry blossom in Japan’s major cities, including Tokyo, Osaka, Kyoto, Nagoya, Fukuoka, and Yokohama.

As you can see, the estimated opening of the cherry blossom season and approximate best viewing time for 2023 all fall within a similar period of time across the major cities in Japan, although cities in the south experience sakura slightly earlier than those in the north.

Below you’ll find a map of the 2023 cherry blossom forecast for Japan by region, as well as a complete list of the estimated opening dates and best viewing times for the major cities within each region.

As it is linked to the arrival of spring in the northern hemisphere and the resulting increase in temperatures, the cherry blossom season in Japan usually starts at the bottom of the archipelago and moves from south to north across the regions. As you can see from the map above, this year will be no different.

Check out the region-by-region forecasts in the tables below, starting with Kyushu, to the south, and ending in Hokkaido, the northernmost region of Japan.

Once you’ve decided on which of the best cherry blossom spots in Japan (or just in Tokyo or in Kyoto) you will visit for Hanami, you will want to time your stay so that you will get the most from your cherry blossom experience. Why? Because not every location experiences full bloom at the same time.

Don’t forget to check out our sakura travel tips: you are sure to have a trip to remember with your Japan Rail Pass.