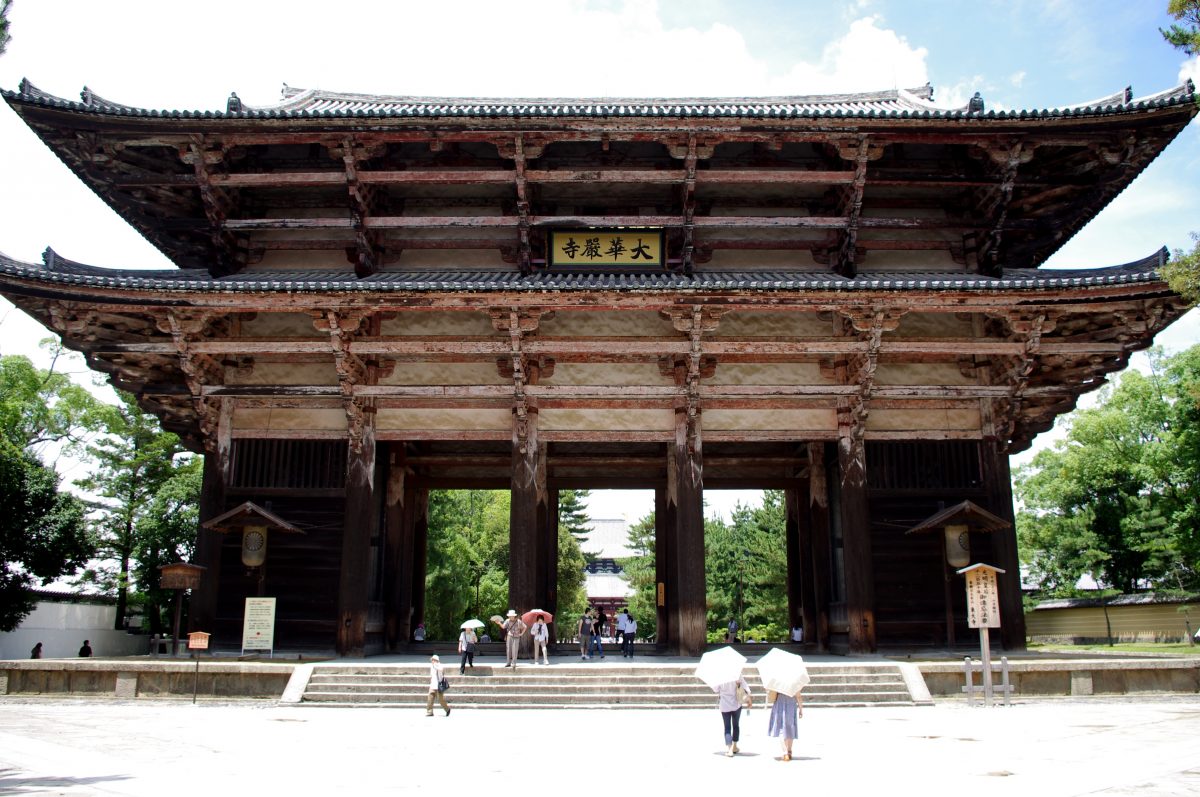 Would you like to include this unique destination on your next Japanese vacation? Consider the following travel guide to help make your vacation planning a success.

The JR Nara Station is serviced by the JR Nara line and Kansai Lines, as well as non-JR local lines. The non-JR lines of Kintetsu Railways utilize the Kintetsu Nara Station.

However, the Kintetsu lines are not covered by the Japan Rail Pass. The two stations are located at a distance of about one kilometer from one another and within walking distance of many city attractions.

There are two rail lines which connect Kyoto to Nara:

The Kintetsu line is the fastest way as it only takes 35 minutes. A one-way ticket costs 1,110 yen and it isn’t covered by the JR Pass.

The JR Nara line takes 45 minutes by express train or 70 minutes if you catch a local train from Kyoto Station. It’s covered by the JR Pass but the price is 690 yen if you don’t have one. This is the best way to get from Kyoto to Nara if you have the Japan Rail Pass.

Yamatoji rapid trains run every hour between Osaka and Nara from JR Osaka Station. The one-way trip takes 45 minutes and is covered by the JR Pass (it costs 800 yen without one). Passengers also have the option of getting off at Osaka Tennoji Station.

There is also the option of catching the limited-express train from Osaka-Namba Station (Kintetsu Railways). It only takes 30 minutes (making it the quickest way) and costs 1070 yen. The JR Pass is not valid on Kintetsu Railways.

From Tokyo to Nara

The quickest way of getting from Tokyo to Nara is by Shinkansen bullet train. The journey time from Tokyo to Kyoto is around 3.5 hours along the Tokaido Shinkansen line and then it takes 50 minutes from Kyoto to Nara.

The fastest type of Shinkansen is the Nozomi. This is not covered by the JR Pass, but the Hikari trains (which are covered by the pass) only take slightly longer to cover the distance. Passengers should avoid Kodama trains (if possible) as they are the slowest, taking 3.5 hours or sometimes longer. The frequency is fairly regular so it is worth waiting for the next departing Hikari train.

Most of Nara’s primary attractions are within walking distance of each other and the train stations. Extensive bus lines are available as well. Day passes may be purchased to cover bus fairs, and most major IC cards are accepted.

Nara’s landscape is dappled with historic buildings and landmarks. Todai-ji, meaning “Great Eastern Temple,” is the largest of Nara’s numerous temple structures. In fact, the Daibutsuden, or Big Buddha Hall, is the largest wooden building currently in existence, and home to a huge, bronze Great Buddha statue 15 meters in height. Built in 752 C.E., Todai-ji was among the reasons that Japan’s capital was moved from Nara to Nagaoka in 784 – the government leaders of that time feared that the temple had gained too much influence in their politics.

Next to the temple is Nara Park, or Nara Koen, where over 1,000 deer roam freely for park guests to enjoy. It is not uncommon to see the deer just outside the gates of the temple. The animals often approach visitors, hoping to be treated with special crackers called shika senbei. These treats for the dear are sold in the park for around ¥150. Some deer have even learned to “bow” in order to beg for crackers.

During specific times of the year, Nara has additional interests to pursue. For example, on the fourth Saturday of each January, fires are lit on nearby Mount Wakakusayama in a festival known as Wakakusa Yamayaki. While this burning of the mountain involves local temples and has taken place for hundreds of years, its exact origins are unknown. It is thought that it may have begun in boundary conflicts between the temples or as a way to drive away dangerous wild boars. Fireworks and days of festivities accompany the bonfire.

In late March and early April, the sakura cherry trees blossom profusely throughout Japan. One of the most famous cherry blossom viewing locations is Mount Yoshino, also known as Yoshinoyama. The first cherry trees seem to have been planted on the mountain over 1,300 years ago. Today, more than 30,000 cherry trees reside there, providing a breathtaking spring display.

No matter the time of year, there is plenty to do in the intriguing ancient city of Nara. You will not regret adding this excursion through the Kansai region to your next itinerary.