JRailPass.com » Japan Travel Blog » Destinations » Getting around Tokyo with the JR Pass: Metro, trains and more 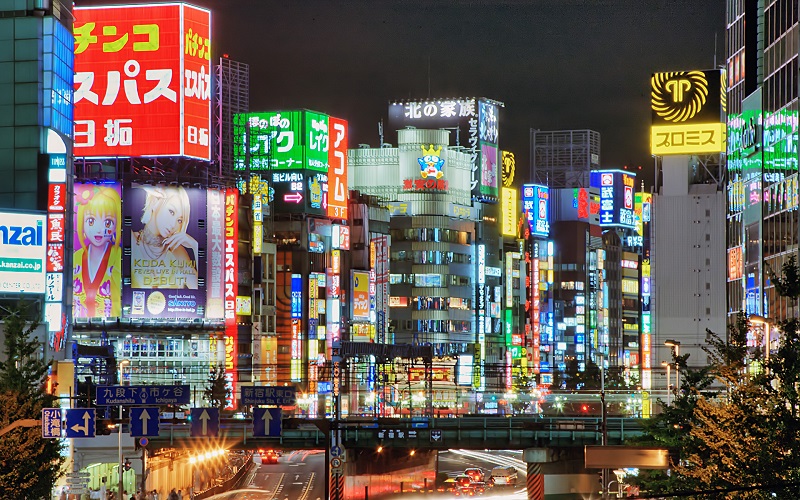 Tokyo, the capital city of Japan, is the most densely populated metropolitan city in the world, home to nearly 40 million people. The Tokyo Metropolis, as the area is officially known, spans nearly 850 square miles (nearly 2,200 square kilometers). Tokyo enjoys a rich cultural history, as it has been the seat of government in Japan since the year 1603.  Tokyo is comprised of twenty-three wards, each operated as an individual city.

Getting around in a city of this size – especially as an international traveler – may at first seem intimidating. However, Tokyo’s public transportation system, which includes airports, trains, buses, taxies, and pedestrian traffic – has been designed operate smoothly. With your Japan Rail Pass in hand and with the help of this travel guide, you will soon be navigating the streets and stations of Tokyo like a pro.

Tokyo is densely laced with railway lines, and most major lines make stops in this city. As such, Tokyo houses a large number of railway stations.

The main hubs in Tokyo include:

The JR Pass affords access to five main Tokyo railway lines. You can reach Tokyo via many of Japan’s Shinkansen lines. Within the city, the Tokaido Shinkansen makes stops at Shinagawa, Ueno, and Tokyo Stations.

Airport transfers with the JR Pass

Tokyo is home to two airports, the Narita Airport and Haneda Airport. Both airports handle international and domestic flights, making the airplane a convenient means of travel in and out of Tokyo.

Your Japan Rail Pass is valid on both airport trains.

The rest of the 13 Tokyo subway lines that run in and around the Yamanote line are operated by companies other than JR East. While the metro lines do no accept the JR Pass, other IC Cards, such as the Pasmo and Suica, may be used. These cards give you access to almost any train or bus in Tokyo.

Other ways of getting around Tokyo

While the rail lines are the fastest, most efficient, and most reliable means of getting around Tokyo, other methods of travel are available for your convenience.

The city of Tokyo is crisscrossed by a network of city buses routes. In Tokyo, buses require a flat rate fee of ¥210. You can use an IC Card on most city buses.

Taxis are plentiful in Tokyo. Each taxi can handle up to four passengers, and most accept credit cards. Be sure to write down your destination for the driver. If you have access to the location name in Japanese, this is ideal, as many drivers do not speak English. Taxis, however, can be expensive compared to other public transportation when traveling long distances.

As Tokyo is a large city, walking is not an ideal means of transportation. What looks like a short distance on a map – for example, from Ginza to Shibuya – may often become an hours-long walk. The exceptions are the areas around Akihabara and Ginza, which on Sundays are designated as pedestrian zones.

As an alternative to walking, you might consider renting a bicycle. If you do so, however, be aware of traffic laws and the presence of steep, hilly terrain.

Whether you choose to travel by train, bus, taxi, or on foot, you are now equipped to successfully navigate the teeming metropolis known as Tokyo!

94 thoughts on “Getting around Tokyo with the JR Pass: Metro, trains and more”