The  Kanto region covers an area in the east of central Honshu, Japan’s largest island, and contains a large number of the country’s major cities, as well as approximately one-third of the total Japanese population.

The region encompasses the Greater Tokyo Area, as well as the prefecture of Kanagawa and its capital, Yokohama, and is considered the cultural, economic, and political center of all of Japan. It’ also full of spectacular natural scenery, such as that in the lush Nikko National Park.

Visitors to Kanto can get around the region in an easy and cost-effective way using either the JR Pass or one of the JR East regional passes. Below you will find a full guide to navigating the region and the recommended destinations to include on a trip.

Although the Yamanashi, Nagano, and Shizuoka prefectures are included in some definitions of the region, Kanto is commonly accepted to consist of the following 7 prefectures:

Over 45 percent of the Kanto region stretches across Japan’s largest plain, while the rest of the area is covered by mountainous territory and rolling hills that form natural land barriers. The region is the most highly developed area of Japan and boasts the biggest cities in the country.

Some of the most popular destinations in Kanto include: 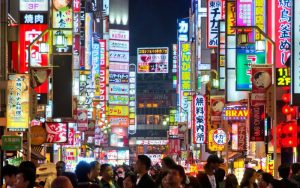 Tokyo is the capital city of Japan and the most populous metropolitan area in the world. It is located on the southeastern side of the main island Honshu, in the Kantō region, and includes the Izu Islands and Ogasawara Islands.

This captivating city has something for everyone, from the majestic temples of traditional Japan to the bright neon lights of Shibuya.

END_OF_DOCUMENT_TOKEN_TO_BE_REPLACED 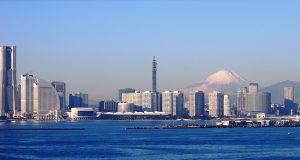 Japan’s second-largest city after Tokyo, Yokohama is located half an hour south of Tokyo. One of the first Japanese ports to open to foreign trade, in 1859, Yokohama has a reputation as a truly multicultural city and draws a large number of both Japanese and international visitors.

Its range of diverse attractions includes one of the largest Chinatowns in the world, a range of gastronomic experiences such as a Ramen Museum and brewery tours, and a large zoo and sea-themed amusement park.

END_OF_DOCUMENT_TOKEN_TO_BE_REPLACED 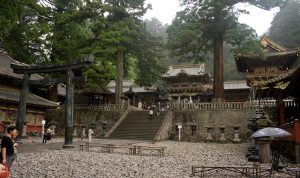 Nikko is a historic and scenic retreat in the heart of Japan, nestled in the mountains north of Tokyo. Located at the entrance to Nikko National Park, the town offers beautiful mountain vistas, waterfalls, and hot springs.

Boasting a range of hiking opportunities, the Nikko area has also been sacred to the religions of Buddhism and Shinto for many centuries. The town was declared a UNESCO World Heritage Site in 1999 and is perhaps most famous for Toshogu, one of the most intricately decorated shrines in Japan.

END_OF_DOCUMENT_TOKEN_TO_BE_REPLACED 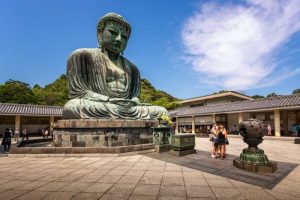 Often called “the Kyoto of Eastern Japan”, this charming coastal town is located about an hour south of Tokyo and is perfect for a relaxing day trip from the capital. Its beaches, historical structures, and monuments make Kamakura a go-to destination year-round.

The area is especially good for viewing cherry blossoms in the spring and colorful foliage in autumn. The numerous historic temples, such as Kotoku-in and its famous giant Buddha statue, also make it an ideal location to learn about Japanese religious culture.

END_OF_DOCUMENT_TOKEN_TO_BE_REPLACED

Best things to do in Kanto

The diverse geography and history of the Kanto region means that there is a vast array of attractions to visit, from ancient temples and shrines designated as UNESCO World Heritage Sites to popular onsen hot springs, to exciting theme parks.

Some of the best attractions in Kanto include: 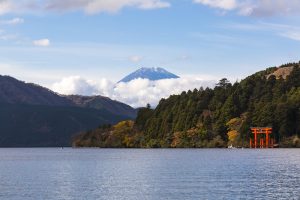 Hakone is renowned for the stunning views it offers of Mount Fuji and Lake Ashi. Situated less than 100 km west of Tokyo, the scenic location is popular for day trips and weekend breaks.

There are a number of popular attractions in Hakone. Many people go there specifically for the onsen (hot springs) and the town has some fascinating points of cultural interest too, including the Hakone Shrine and the Hakone Open Air Museum.

END_OF_DOCUMENT_TOKEN_TO_BE_REPLACED 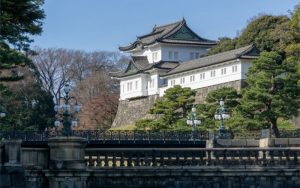 Also known as Kōkyo, this palace in Tokyo is the residence of Japan’s Imperial Family. The Imperial Place is defined by distinctive whitewashed buildings with sloping roofs in a historic Japanese style, and is surrounded by a vast, formidable moat.

Visitors to Tokyo are encouraged to take a guided tour of the extensive, elegant palace grounds. These include the Imperial Palace East Gardens, which houses the large collection of the Museum of the Imperial Collection, and Kitanomaru Park, home to the National Museum of Modern Art.

END_OF_DOCUMENT_TOKEN_TO_BE_REPLACED 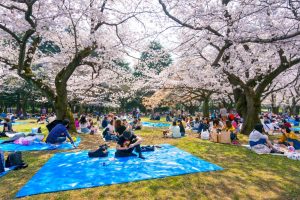 Yoyogi Park, called Yoyogi-Koen in Japanese, has been described as “one of the liveliest parks in the city.” It is also one of the largest green spaces in Tokyo. It is located conveniently between two other bucket list areas, Shibuya and Harajuku.

Festivals and other events are held there almost every weekend. Whether you’re traveling solo, in a group, as a couple, or with children, Yoyogi Park offers something for everyone.

END_OF_DOCUMENT_TOKEN_TO_BE_REPLACED 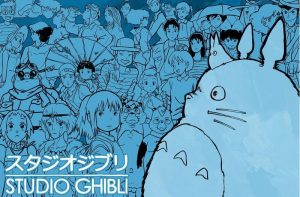 Located in Tokyo’s Mikata district, the Studio Ghibli Museum was established by Hayao Miyazaki, a master of Japanese anime. Miyazaki is the director behind award-winning, acclaimed childhood films such as My Neighbor Totoro (1988), Spirited Away (2001), and Howl’s Moving Castle (2004),

The museum is an interactive experience dedicated to a studio often called the ‘Disney of Japan’ and is suitable for the entire family. It identifies itself as “a portal to a storybook world” and boasts a number of exhibits including enormous statues of Ghibli characters and exclusive short films.
END_OF_DOCUMENT_TOKEN_TO_BE_REPLACED 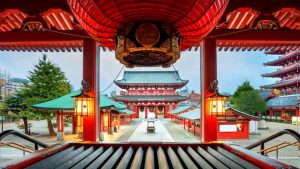 Sensoji temple, also known as Asakusa Kannon and located in Tokyo’s Asakusa district, is the city’s oldest religious building and one of its most colorful and popular.

With roughly 20 million annual visitors, it’s also the most visited-temple in Japan and the most-frequented spiritual site in the world.

END_OF_DOCUMENT_TOKEN_TO_BE_REPLACED 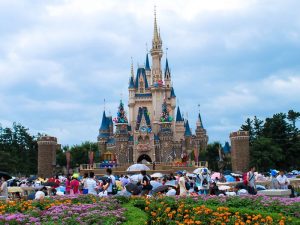 In 1983, Tokyo Disney became the first Disney theme park to open outside of the United States. It is located alongside the Tokyo Disney Resort, just a 5-minute walk from Maihama Station.

The park stretches out across 7 distinct zones and includes a range of classic Disney rides such as Space Mountain, It’s a Small World, Star Tours, and the Haunted Mansion. An ideal destination for a family day out while in Japan’s capital.

END_OF_DOCUMENT_TOKEN_TO_BE_REPLACED 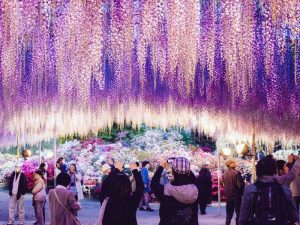 The Ashikaga Flower Park first opened in 1968 and now spans 94,000 square meters (23 acres) of land approximately 74 kilometers north of Tokyo. The park is famous across Japan for housing a 150-year-old wisteria tree which has been designated as a national monument by the Tochigi Prefecture.

In addition to this amazing natural wonder, you can experience an 80-meter tunnel of white wisteria or yellow Kibana, thousands of azaleas, hundreds of other flowers, and winter lights. The flowers themselves are also illuminated at night, providing a truly otherworldly experience.

END_OF_DOCUMENT_TOKEN_TO_BE_REPLACED

A number of train and Shinkansen lines operate within the Kanto region. Some of the lines you can expect to use when visiting the area include:

Japan is traditionally divided into 8 regions, which mostly contain several of the country’s 47 prefectures. However, the northern island prefecture of Hokkaido forms its own region, and the Okinawa Prefecture is sometimes regarded as a 9th prefecture, although it is often included within Kyushu.

Other than Kanto, the regions in Japan are as follows: