The Chūbu region, also known as the Central region, encompasses a large area in the middle of Japan’s main island of Honshū. The region is aptly named (Chūbu literally means “middle part” in Japanese) and contains several major Japanese cities including Nagoya and Nagano.

This extensive guide to the region helps travelers to plan what they should include on an itinerary for Chūbu, from a stay in some of Japan’s best winter sports resorts to a day trip to the iconic Mount Fuji. It will also help you understand which train lines you can use in the region using your JR Pass.

These subregions are further divided into 9 prefectures:

The region of Chūbu covers much of central Honshu, and, as a result, contains some of the most notable prefectures and cities on the island.

Some of the most popular destinations in Chūbu include: 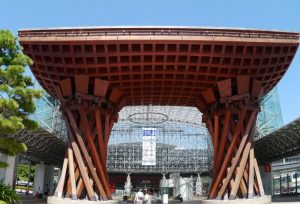 Kanazawa is known as ‘Little Kyoto’, though it is a unique destination in its own right. The capital of Ishikawa Prefecture, it offers a huge number of historical attractions, Buddhist temples, and interesting museums, as well as fascinating samurai and geisha districts.

Kanazawa’s best-known attraction is the 17th-century Kenrokuen Castle. This impressive piece of historic architecture boasts one of the country’s very best landscape gardens and it draws visitors from both across Japan and abroad.

END_OF_DOCUMENT_TOKEN_TO_BE_REPLACED 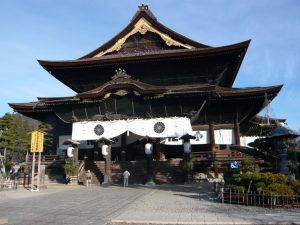 Nagano is a prefecture full of breath-taking mountain scenery and rich history. Its capital, Nagano City, originated as a humble “temple town,” centered on the popular Zenkoji temple.

The rugged forests north of Nagano City still resonate with the legends and realities of the ninja, skilled warriors of the past. In modern times, Nagano again invited “warriors” of great skill when it hosted the 1998 Winter Olympics. In fact, the Hokuriku Shinkansen opened in October 1997, just in time for the games.

END_OF_DOCUMENT_TOKEN_TO_BE_REPLACED 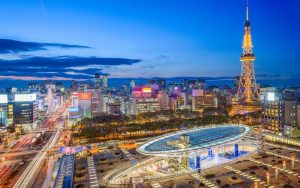 Nagoya is Japan’s fourth most populous city. Easy to access on a day trip from either Tokyo, Kyoto, or Osaka, the capital of the prefecture of the same name has something to offer everyone, from ample shopping opportunities to kid-friendly amusement parks.

Nagoya originated as a castle town known as Owari during the Edo Period (1603 to 1867 C.E.) However, much of its historic architecture was destroyed during the bombing raids of World War II. Today, it is a city of boundless technology, including the Toyota Motor Corporation headquarters just outside the city limits.

END_OF_DOCUMENT_TOKEN_TO_BE_REPLACED 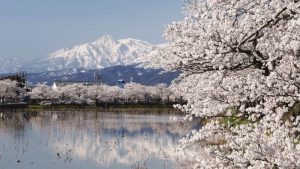 Niigata Prefecture is well known for its quality rice, summer fireworks, winter skiing, and year-round onsen. The prefecture’s capital, Niigata City, represents the largest port on the Chubu Region’s Japan Sea coast and is home to more than 800 thousand people.

One of Niigata’s most famous landmarks is the six arches of the Bandai Bridge. The bridge was completed in 1929, is illuminated at night, and supports 20,000 dancers during the annual daiminyonagashi, or Folk Dancing Parade. However, the bridge represents just one of the many appealing attractions that Niigata has to offer.

END_OF_DOCUMENT_TOKEN_TO_BE_REPLACED 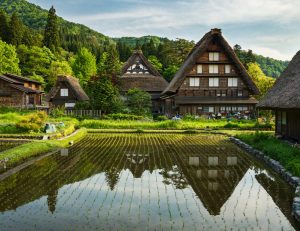 When many international travelers think of Japan, they call to mind visions of crowded “neon cities” such as Tokyo. Japan, however, has a much gentler side, complete with rolling hills and rustic charm. The town of Takayama and the Japanese Alps mountain range in the Hokuriku region represent one such rural destination.

END_OF_DOCUMENT_TOKEN_TO_BE_REPLACED

Best things to do in Chubu

The major attractions for visitors to the Chūbu region include natural wonders such as high mountains and deep gorges, as well as historic monuments, and modern theme parks.

Some of the must-visit attractions in Chūbu include: 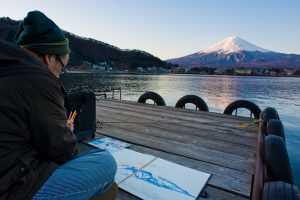 A day-trip from Tokyo to Mount Fuji and the lesser-known Hakone five lakes area is among the favorite experiences of many travelers to Japan, so here is our guide on how to visit this famous landmark with the Japan Rail Pass. Whether you prefer climbing or a more relaxed pace, we have the perfect guide for you make the most out of this trip!

END_OF_DOCUMENT_TOKEN_TO_BE_REPLACED 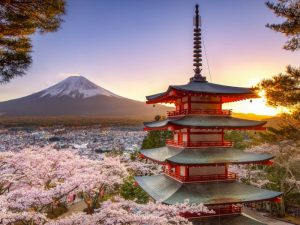 What is a pagoda? It is a towerlike, tiered structure traditionally associated with Buddhist temple complexes. Pagodas are common sights throughout eastern and southeast Asia, including Japan. Pagodas are meant to symbolize sacred mountains and often shelter religious relics.

The Chureito Pagoda, also called the Chastain Tower and officially named the Fujiyoshida Cenotaph Monument, is a shrine located in the Fuji Five Lakes region at Mount Fuji’s northern base. The Pagoda has five stories; it is situated on a mountainside overlooking Fuji Yoshida City, with Mount Fuji itself visible in the distance. You have probably seen pictures of a beautiful pagoda with Mount Fuji in the background, this is the Chureito Pagoda.

END_OF_DOCUMENT_TOKEN_TO_BE_REPLACED 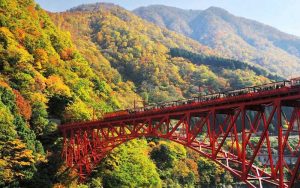 The Northern Japan Alps is a scenic volcanic mountain range spanning parts of Toyama, Nagano, and Gifu Prefectures. This range is home to the Kurobe River and one of the deepest and most beautiful forested ravines in the country.

The Kurobe Gorge is a famous destination for enjoying natural beauty. Visitors flock to this site to view stunning autumn colors and relax in natural hot springs. The Gorge makes an ideal day trip for hiking or viewing autumn leaves.

END_OF_DOCUMENT_TOKEN_TO_BE_REPLACED 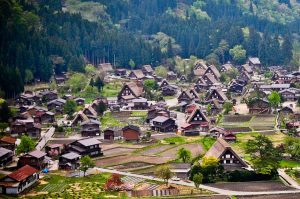 Picture a quaint village embanked in snow. Icy whiteness covers the ground and clings to the roofs of the traditional Japanese farmhouses like icing on a gingerbread house. Streets and windows become golden torches as the sun begins to set.

The Historic Villages of Shirakawago and its neighboring village, Gokayama are one of central Japan's UNESCO World Heritage Sites.  They hold a serene natural beauty as well as a unique architecture.

END_OF_DOCUMENT_TOKEN_TO_BE_REPLACED 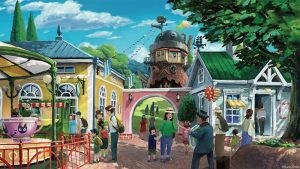 Children around the world have grown up with beloved animated films from Hayao Miyazaki and Studio Ghibli. Since 1984, Studio Ghibli films have often served as an introduction to the wider world of anime and have obtained a cult following all their own.

Many Ghibli fans have already made a pilgrimage to the popular Studio Ghibli museum in Tokyo. Others eagerly anticipate the release of the upcoming Ghibli film, How do you Live? But fans will be thrilled to learn that the Ghibli theme park opened on November 1, 2022, and is now bringing the films to life in Nagoya!

END_OF_DOCUMENT_TOKEN_TO_BE_REPLACED

Some of the train and Shinkansen lines in the Chūbu region ou can expect to use while in the area include:

Although Okinawa is sometimes regarded as a 9th region, Japan is traditionally considered to contain 8 regions. These are as follows: