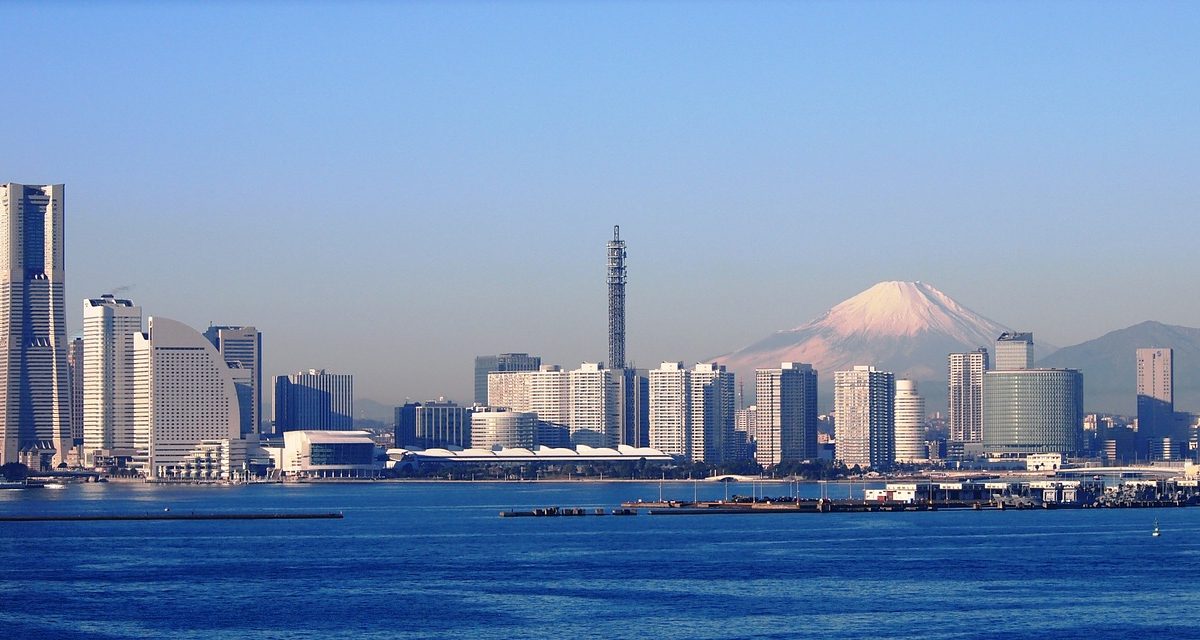 Japan’s second-largest city after Tokyo, Yokohama is located half an hour south of Tokyo. One of the first Japanese ports to open to foreign trade, in 1859, Yokohama has a reputation as a truly multicultural city and draws a large number of both Japanese and international visitors.

Its range of diverse attractions includes one of the largest Chinatowns in the world, a range of gastronomic experiences such as a Ramen Museum and brewery tours, and a large zoo and sea-themed amusement park.

From Tokyo, your Japan Rail Pass gives you direct access to all that Yokohama has to offer. Both Tokyo and Yokohama are well-served by JR train lines, giving you a multitude of travel options.

From Kyoto Station, take the JR Tokaido Shinkansen line to Shin-Yokohama Station, a trip of three and a half hours by Hikari train or four hours by Kodama train. The fastest option is to take a Nozomi train, as the journey takes just under two hours.

Once at Shin-Yokohama, it’s easy to reach Yokohama Station and the city centre by either taking the JR Yokohama Line or the Blue Line of the Municipal Subway.

As when arriving at Shin-Yokohama from Kyoto, passengers are then able to take the Yokohama Subway blue line to Yokohama Station (downtown).

Getting around Yokohama city

The Akaikutsu Loop Bus departs from Sakuragicho Station and connects with most of Yokohama’s major sights. The bus runs every 30 to 40 minutes. Just outside Yokohama Station, you will have access to the Seabass, a boat that travels between Minato Mirai and Yamashita Park about four times per hour.

Things to do in Yokohama

Yokohama is often compared to such international metropolises such as Los Angeles and Vancouver, as it offers an eclectic mix of expansive waterfront vistas, vast green spaces, and a vibrant downtown area.

Yokohama’s multicultural history is on full display in the Yamate area, which includes the Harbor View Park and Motomachi shopping street. Yamashita Park lies along the waterfront, and grants access to the Hikawa Maru, a retired ocean liner converted into a museum.

Foodies will rejoice at Yokohama’s selection of food themed attractions. Brewery tours are available at the Kirin Brewery Company, established in 1907. Tours of the facility conclude with twenty minutes of beer sampling and snacks. The Ramen Museum unfurls the history of ramen noodles, from its birth in China to modern instant meals. The museum includes nine restaurants that feature ramen from different areas of Japan.

Another ramen museum, the Cup Noodles Museum, is located in the Minato Mirai District. Owned by the company that invented the instant noodles, the museum features hands-on exhibits that allow visitors to create and package their own instant ramen. Samples of ramen and canned drinks from around the world can be attained at the museum’s replica night market.

Aside from maritime and food-themed exhibition spaces, Yokohama also offers visitors a range of museums dedicated to diverse topics, including the Mitsubishi Minatomirai Industrial Museum, which features a range of interactive features related to the aviation industry.

Those interested in exploring the city’s background should head to the Yokohama Archives of History, while visitors looking for a quirkier experience should enjoy the Yokohama Doll Museum, which offers a huge collection of kitsch memorabilia spread over 4 levels.

Yokohama’s most popular attraction is the Yokohama Chinatown. The shopping and dining district contains more business than it does residents.

The area hosts a number of events and festivals, including the Chinese New Year each February. It is famous for its variety of Chinese foods, many of which have been converted to suit Japanese tastes.

Yokohama is also an excellent destination for avid nature lovers. Zoorasia is one of the largest zoos in Japan and features local as well as exotic species.

Thirty minutes south of Yokohama is the Hakkeijima Sea Paradise amusement park. It is located on a small offshore island. The Aqua Resorts area features an aquarium known as the Aqua Museum, home to such creatures as polar bears and whale sharks. Fureai Lagoon allows visitors to interact with seagoing inhabitants, and dolphins can be viewed up-close in the Dolphin Fantasy. The Pleasure Land portion of the park offers rides for kids and adults of all ages.

Travelers to Yokohama shouldn’t miss the opportunity to visit the Osanbashi Pier, a stunningly-designed modern passenger ship terminal, or the iconic Landmark Tower, which offers stunning views over the impressive Yokohama Bay Bridge from the top.

If you’re visiting with family you may also want to take your kids to the Cosmo World theme park and take a ride on its giant Ferris wheel, one of the biggest in the world

One of the newest attractions in Yokohama is a giant, moving statue of a Gundam robot from the popular Japanese anime series, which has been installed outside of the city’s Gundam Factory in advance of its opening in December 2020. The complex will also include themed shops, exhibitions, and a café.

Standing over 18 meters tall, the giant Gundam was inaugurated in a special ceremony performed by Shinto priests. However, if you want to take in the towering robot for yourself you’ll have to act fast, as the statue is only expected to be displayed at the site until March 31st, 2022.

Whatever your interests, Yokohama holds something special for you. Start planning your next trip today!

16 thoughts on “Yokohama travel guide: Access from Tokyo and attractions”