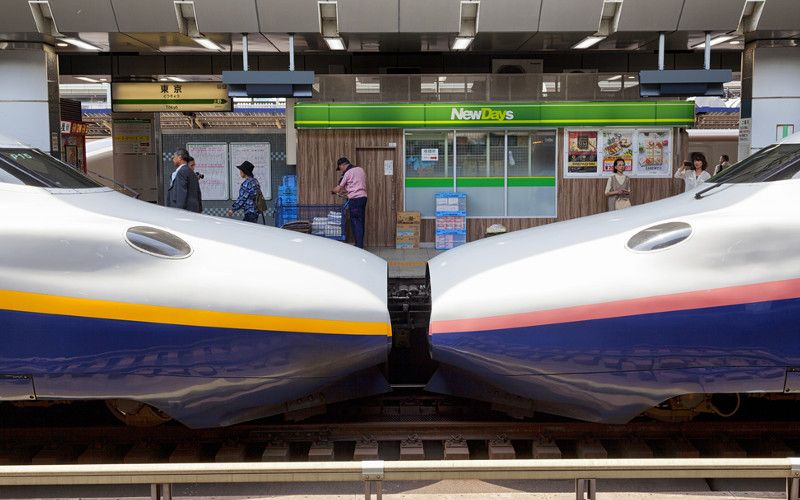 Picture a crisp winter morning. You’re eager to hit the ski slopes. Whether you favor the bunny slopes or advanced terrain, that is just what you do. Later, after a long day on the powder, you find yourself ready for a bit of après-ski, perhaps soothing well-exercised muscles in a natural hot spring or indulging in a bit of saki.

This scenario aptly describes the hot spring onsen and classic ski resorts that yearly draw tourists – international and domestic alike – to the Japanese towns of Gunma and Niigata. The Japan Rail Pass covers the Joetsu Shinkansen Line, so you can get there faster than ever before – even from Tokyo. Yes, with the help of the Joetsu Line, you can wake up in Tokyo and ski the same day! Consider the following information to find out how.

The Joetsu Shinkansen connects Tokyo and Niigata, providing access to ski resorts and restorative hot springs along the way. The line has been operating since 1982. It was considered a “pet project” of Prime Minister Tanaka Kakuei, who desired to connect his hometown of Niigata with the capital, Tokyo. Part of the line follows the course of the Tohoku Shinkansen to Omiya. 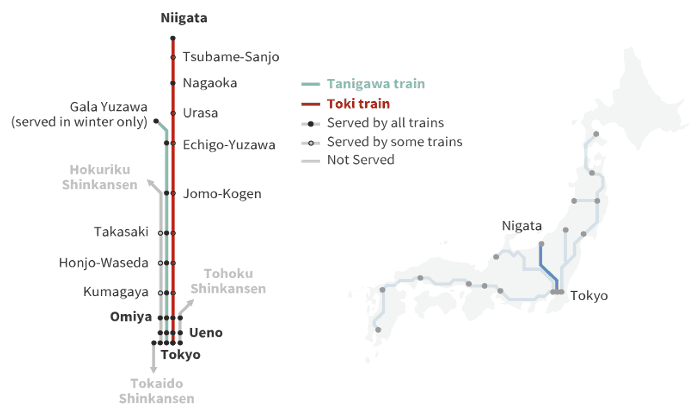 Some Toki trains, known as MAX Toki, are double-decker or two stories in nature. The second-floor houses non-reserved seats. 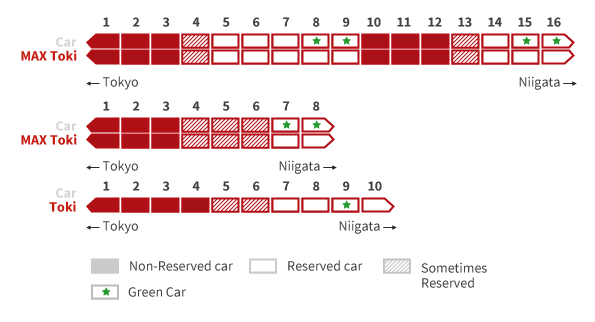 A second train category is the Tanigawa Shinkansen. Somewhat slower than the Toki, the Tanigawa travels between Tokyo Station and Echigo-Yuzawa Station. The Tanigawa serves all interim stations along its course. This train is mainly in operation during the morning and evening rush hours, benefiting local commuters. 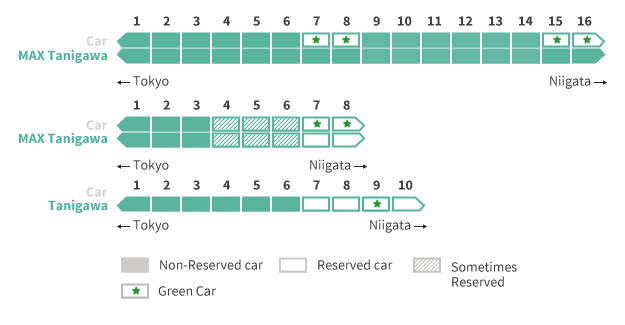 Your Japan Rail Pass is valid for all Joetsu Shinkansen trains. You can activate your JR Pass for use by visiting a ticketing office in many of the major train stations. These include four ticket offices at Tokyo Station and the Travel Service Centers at Ueno Station and Niigata Station.

Both the Tanigawa and Toki trains have reserved and non-reserved seating. If you desire to make seat reservations, you may do so in advance at the station’s ticketing office. Whether or not you reserve seats, be sure to present your JR Pass at the departure gate.

During the winter months (ski season), when chill air and snowfalls bring many visitors to the ski resorts, special trains continue on to Gala Yuzawa Station from Echigo-Yuzawa Station.

The Gala Yuzawa station is located at the base of the Gala Yuzawa Ski Resort in Niigata Prefecture; in fact, ski lifts depart directly from the station.

The Gala Yuzawa resort is especially popular due to its proximity to Tokyo – traveling from Tokyo, you can be on the slopes in less than two hours.

From Echigo-Yuzawa Station, the short branch line to Gala Yuzawa is only 1.8 kilometers in length. Tanigawa trains are typically used for this service.

Where will your winter travels in Japan take you? With JR Pass in hand, you are now ready to navigate the Joetsu Shinkansen Line. Grab your poles and skis and start planning your next trip today!