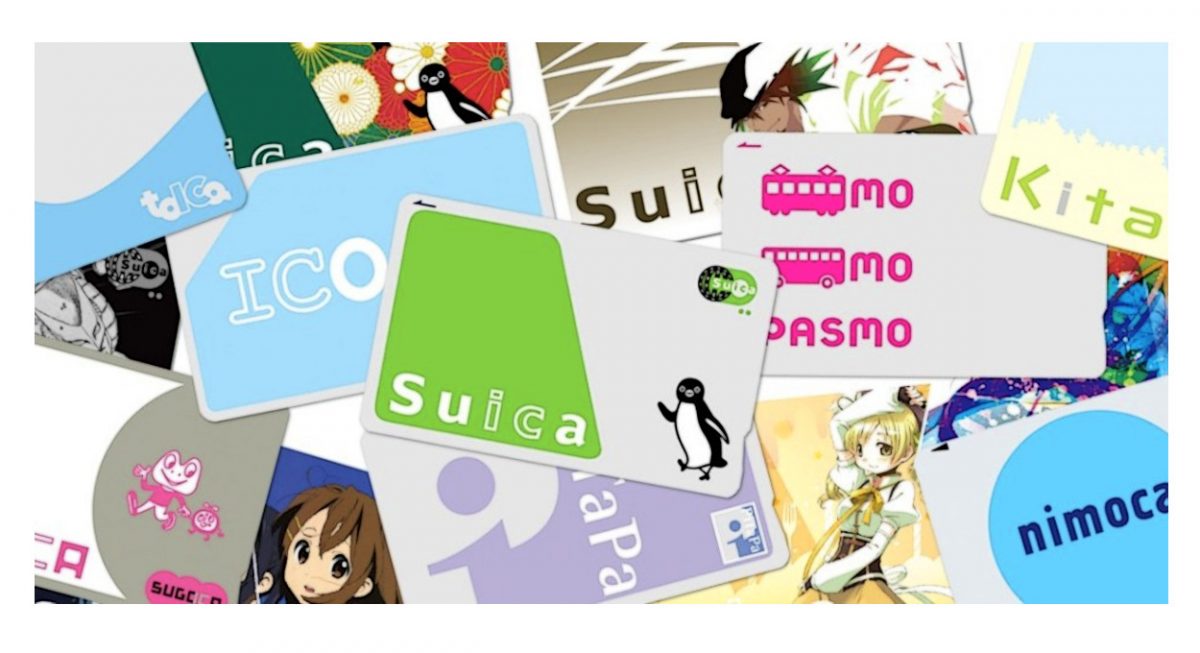 International travel can be an intimidating experience for both the novice and seasoned adventurer. Japan, however, has taken steps to make internal transportation easy and stress-free, for Japanese residents and tourists alike. Learn to use IC Cards to make traveling throughout Japan metropolitan areas a breeze.

What is an IC Card

Similar to those subway cards used in transportation systems around the world, the Japanese IC Cards are rechargeable prepaid travel cards that can be loaded with funds and used for public transportation at train stations, metro stations, bus depots, and on ferries, and cable cars.

They are also commonly accepted at some convenience stores, vending machines, and restaurants throughout the country. Besides, the 10 most popular IC cards, including Suica, Pasmo, and Icoca, are compatible with each other, so it is possible to travel with them on almost all train, subway, and bus lines inside Japanese cities. 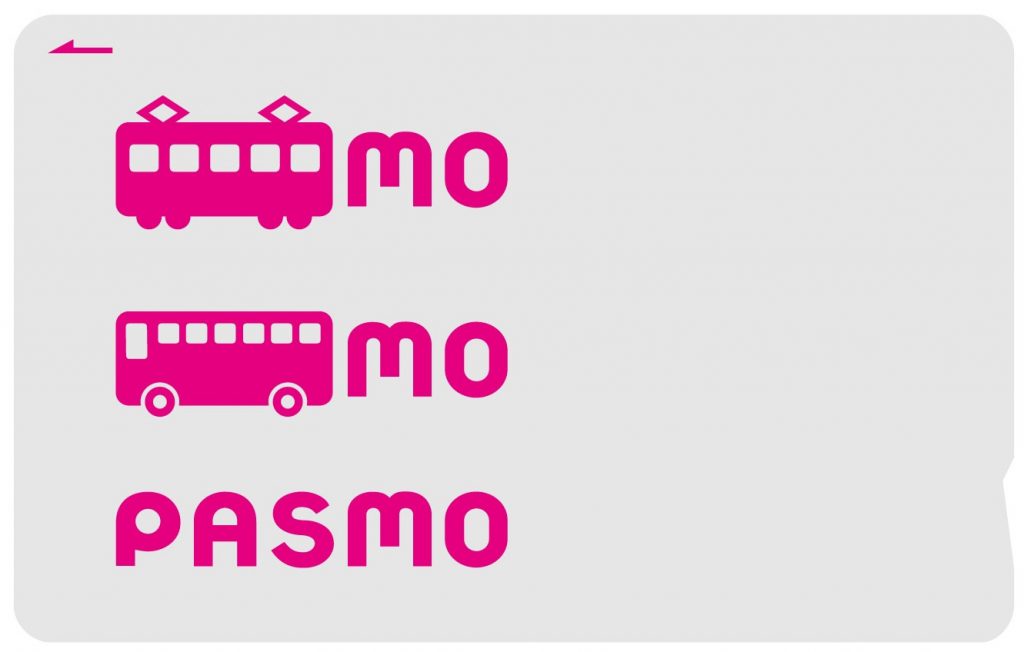 This credit-card-size card is available for non-Japan Rail transportation in Tokyo, such as the Tokyo railway, Tokyo Metro subway system, and city buses. The Pasmo Card can be purchased at Tokyo Metro stations.

Pasmo cards come pre-charged and ready to use, and can also be employed as an electronic wallet to make small purchases in convenience stores and at vending machines.

Initially, the PASMO costs 1,000 yen: 500 that you will get as credit, and 500 as deposit, which will be refunded 100% once you give the card back at a Japan Railways office. 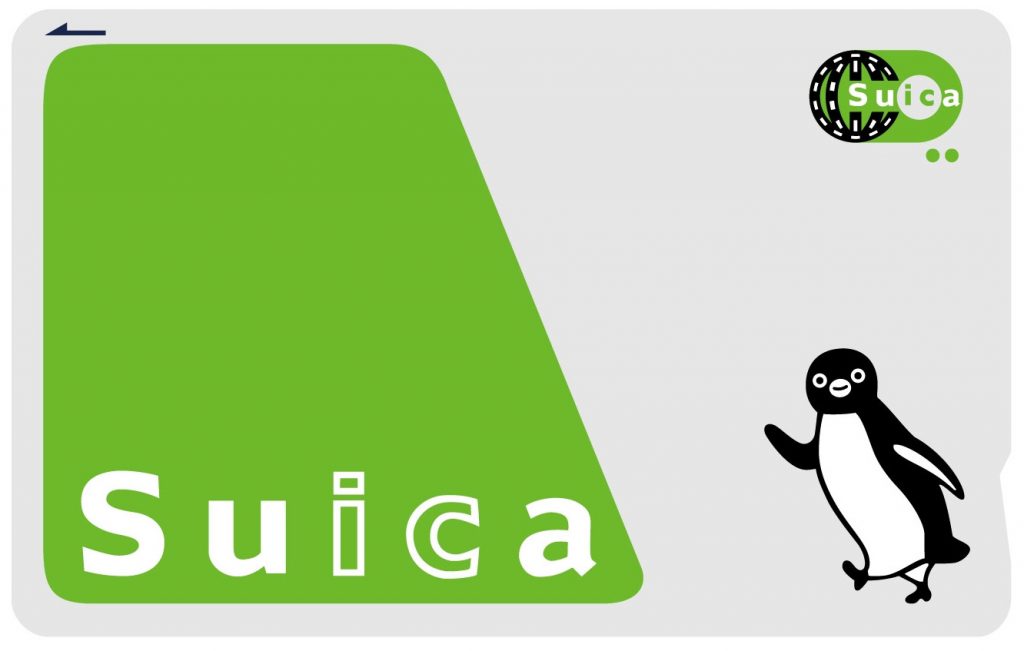 This popular card is offered by JR East. The SUICA mascot, a friendly penguin, is an icon of the Tokyo subway.

The card services JR trains in the areas of Tokyo, Sendai, and Niigata and includes transport by train, subway, monorail, and bus. Travel on bullet trains, long-distance trains, or airport transfers is not included.

In the same way as the PASMO, you can use it as an electronic wallet in food stores, restaurants, taxis, station ticket offices, and automatic vending machines where the SUICA logo appears.

Each SUICA is charged with 2,000 yen, including the 500 yen deposit that you can retrieve at JR East stations in Tokyo. A SUICA is valid for 10 years and is not unipersonal, although it is only valid only for use by adults. A children’s version of SUICA can be obtained while in Japan.

The Welcome SUICA card was introduced in September 2019 and is useful for travelers only planning to stay in Japan for a few weeks. Valid for 28 days and deposit-free, a Welcome SUICA card can be issued with a variety of preloaded amounts from 1,000 yen to 10,000 yen.

This blossom-print disposable IC card is perfect for those wishing to avoid the hassle of having to return a SUICA card and obtain the ¥500 yen deposit.

The Welcome SUICA card can be purchased at the following JR East Travel Service Centers:

What are the differences between the PASMO and SUICA cards? The Pasmo and Suica cards are essentially identical. Perhaps the only thing that could make a difference is if you need a commuter pass, since traveling daily on a JR line requires a Suica and on a non-JR line requires a PASMO.

* Only deductible from the remaining charge, not your deposit.

Can’t decide on whether to use PASMO vs SUICA? The cards are compatible and nearly identical in their uses. Which one you choose will likely depend on which station you come to first, whether your travels take you to a JR train station (Suica) or a Tokyo Metro station (Pasmo).

Other types of Japanese IC Cards

There are a number of regional IC Cards to choose from. Most are compatible with one another and differ mostly by where they can be purchased. Suica, Pasmo, and Icoca are the three most popular IC Cards you can consider to supplement your Japan Rail Pass for local travel.

Below you can find the top regional IC cards, all named with phrases appropriate for their district and distinguished by their own individual mascots.

The cards are compatible with one another. IC Cards are available for other areas and specific forms of transportation within the areas discussed. Talk to an attendant when visiting a station in these or other areas to discover what card options may be available to you. 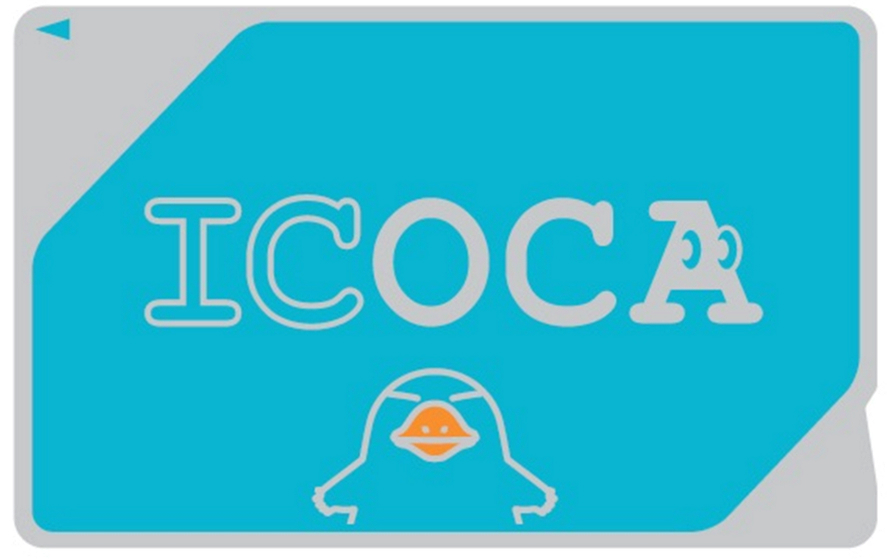 The ICOCA Card is offered by JR West and services JR trains in the regions of Hiroshima, Kyoto, Osaka, and Okayama.

This card covers a slightly larger area than the others and is also compatible with some minor local cards, such as the Paspy Card in Hiroshima.

ICOCA stands for IC Operating Card, but it is also a play on a Japanese phrase meaning “Shall we go?”. The ICOCA cards are decorated with one of 2 mascot designs; either Ico, a blue duckbill platypus, or a pair of different platypuses, Icota and Icomi.

PITAPA is the main IC card for the Kansai region (Kyoto, Osaka), and the Okayama, Hiroshima and Shizuoka Prefecture.

The PITAPA can be used on 11 buses and 19 Kansai train systems other than JR Rail, including the Hankyu Railway. the Osaka Municipal Subway and New Tram, and the Keihan Electric Railway.

PITAPA is postpaid rather than a prepaid card, unlike the other nine IC cards.

TOICA is issued by JR Central for the area of Chugoku (Greater Nagoya) and some parts of Shizuoka prefecture.

The TOICA card is accepted on the following JR Central lines:

MANACA is a prepaid IC card issued in Nagoya. Manaca means “center”, because Nagoya is roughly in the center of Japan. The mascot is a yellow smiley face.

It can be used on the following transportation systems in the Nagoya area:

Like the other IC cards, it can also be used for traveling nationwide on private train, metro and bus operators other than Japan Railways and Kintetsu.

KITACA is the prepaid card issued by JR Hokkaido in the greater Sapporo area, and can be be used on Sapporo’s subways, buses and tram.

The official mascot of the card is Ezo momonga, a kind of flying squirrel native to Hokkaidō, as designed by Sora, a famous local illustrator.

SUGOCA is the prepaid card issued by JR Kyushu in the greater Fukuoka and Kyushu metropolitan areas. Sugoka means “great” in the local Japanese dialect.

SUGOCA is also an acronym of “Smart Urban GOing CArd”. The card was implemented on March 1st, 2009, and can be used across 124 JR stations in Fukuoka Prefecture.

NIMOCA, an acronym of “nice money card”, is issued for the Fukuoka area and covers the Nishitetsu trains.

The fact the name of the card contains nimo (Japanese for ‘also’) is apt because like the other 9 IC cards, the NIMOCA can be used also on buses, also on trains, also for shopping, and so on.

Hayakaken cards are also IC Cards for the Fukuoka area, issued by Fukuoka city for its subway system.

Hayakaken means “Because it’s quick” in local Japanese dialect. The card has a distinctive design featuring the mascot prairie dog of the region, Chikamaru.

Where to buy an IC Card

Upon your arrival in Japan, you can purchase an IC Card from a ticket counter or an automated kiosk at any major train station. Kiosk instructions are available in English to aid international travelers.

Usually, the card will cost ¥2000. This includes a ¥500 refundable deposit and ¥1500 loaded to the card for use. The card can be loaded with up to ¥20,000. When your balance gets low, the IC card can be recharged with additional funds at any train station and at other convenient locations.

How to use IC cards in Japan

When using the train or metro lines, find a ticket gate that accepts IC Cards – be advised that some gates accept regular tickets only. At the gate, just touch the contactless card to the blue illuminated card reader for a second.

Cards must be used within their service area. This means that both the station of departure and arrival must be located within the card’s geographic area. If you pass through the wrong gate or scan your card in error, see a station attendant for assistance.

To use your IC Card to make purchases at vending machines, stores, or restaurants, look for the IC Card logo. Once you have located the card reader, scan the card as you would at the station. Look for participating vendors in urban areas and near train stations. For buses, the card reader will be located at the vehicle’s entrance or exit.

How to recharge your IC Card

When going through a train or metro gate with an IC card, your card’s balance will be displayed near the card reader.

When your balance gets low, the IC card can be recharged with additional funds directly in the train or metro station.

In most locations, kiosks where you can recharge your IC card are available on the platform side of the station.

As you prepare to leave Japan, you can return your card and redeem your deposit. To do this, bring the card to a station attendant. You may also collect the balance of your card for a processing fee of ¥220. Balances less than ¥220 cannot be redeemed.

If you plan on traveling to Japan again in the future, the validity of your card and its balance will remain intact for ten years.

You can purchase an IC Card once in Japan and use it along with your Japan Rail Pass for an ease of travel like you’ve never experienced before. With them, you will be able to move quickly through busy train stations without waiting in long lines to purchase your ticket.

This speedy combination will provide you with less wait time and more time to enjoy your Japanese vacation.