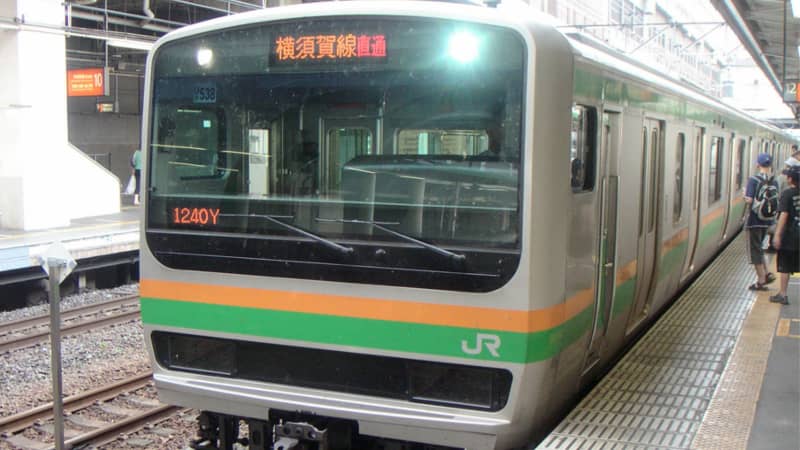 The Shonan-Shinjuku line, inaugurated in December 2001, is a Japanese passenger train service operated by JR East that connects multiple destinations in the Kanto region of Honshu, Japan’s largest island, with the capital city of Tokyo.

Services on the Shonan-Shinjuku line run along sections shared by the Ryōmō Line, Takasaki Line, Utsunomiya Line, Yamanote Line, Yokosuka Line, and the Tōkaidō Main Line, and most can be freely used with the JR Pass. Although the line has no dedicated track of its own, it is treated as a separate service on railway maps and station information boards.

The following are stations served by the Shonan-Shinjuku line:

However, It should be noted that the Ebisu, Nishi-Oi, Shin-Kawasaki, Hodogaya, and Higashi-Totsuka stations are not served by rapid train services.

Passengers arriving at Omiya are able to transfer onwards to the Takasaki or Utsunomiya lines, while those arriving at Ofuna can transfer to the Tokaido Main Line or the Yokosuka Line.

Although best known for providing a direct connection between Shinjuku and Yokohama, the entire Shonan-Shinjuku Line covers a distance of over 150 km.

The full route stretches from the north of the greater Tokyo area to the Shonan coastal region beyond Yokohama and allows easy access to the popular resort areas of Kamakura, Fujisawa, Odawara, and Hakone.

There are 3 different kinds of services on the Shonan-Shinjuku Line schedule:

It should be noted that although the Shonan-Shinjuku Line runs parallel to the Yamanote Line between Ikebukuro and Osaki, it only stops at the Shinjuku, Shibuya, and Ebisu Stations.

Furthermore, rapid trains that run between Osaki and Totsuka only stop at Musashi-Kosugi and Yokohama, while special rapid trains also do not stop at Ebisu Station.

It takes approximately 35 minutes to travel to Yokohama from Tokyo on the Shonan-Shinjuku Line. Yokohama Station is also served by the JR Narita Express train, the Tokyu Toyoko and Keikyu Main Lines, and the Minatomirai and Yokohama Blue metro lines.

Yokohama is located in Kanagawa prefecture and is Japan’s second-largest city in terms of population, but offers visitors a much less hectic experience than the busy streets of Tokyo. Popular attractions include the Enoshima Shrine, Yamashita Park, and the Yokohama Chinatown.

Travelers planning to take a Shinkansen bullet train to the city will arrive at Shin-Yokohama, which is roughly 4 km north of Yokohama Station.

It takes roughly an hour to travel to Kamakura from Tokyo on a Shonan-Shinjuku train. Kamakura Station is also served by the Yokosuka Line and the Enoshima Electric Railway.

Kamakura’s coastal location makes it an ideal location for a seaside getaway in Japan, and it also offers visitors a number of hiking trails and a wealth of Buddhist temples and Shinto shrines to explore.

The most popular attraction in Kamakura is unquestionably the Great Buddha at Kotoku-in Temple, a giant bronze statue that dates back centuries.

It takes around 1 hour 30 minutes to travel from Tokyo to Odawara on Shonan Shinjuku services. Odawara Station is also served by the Tokaido Main Line, the Tokaido Shinkansen, the Daiyuzan Line, the Hakone Tozan Line, and the Odakyu Electric Railway.

Located in Odawara City in Kanagawa Prefecture, Odawara Station is just a few minutes’ walk from the castle of the same name and just over 1km from the seaside. Most arrivals at the station use it as a transfer point to reach the nearby resort area of Hakone.

Hakone, situated within the Fuji-Hakone-Izu National Geopark, is a popular tourist destination in Japan for both Japanese and international visitors because of its numerous onsen hot spring resorts and relative proximity to the Tokyo metropolitan area.

Visitors to the area can relax in one of the onsens while enjoying prime views of Mount Fuji in the distance, visit the iconic Hakone Shrine and its distinctive red “torii” gate, explore the sulfur springs of the Owakudani Valley, or take a boat tour on nearby Lake Ashi.

Fabs of Japanese anime and manga may also be interested in visiting Hakone to experience the numerous attractions related to the Neon Genesis Evangelion franchise, which is set in the city.