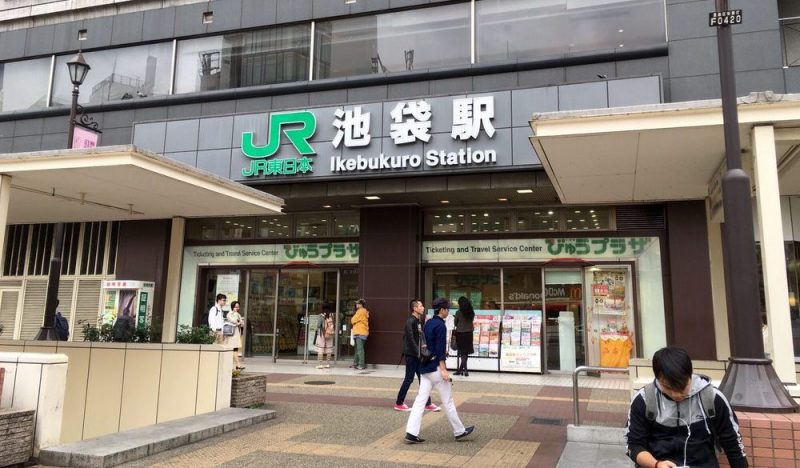 Tokyo’s Ikebukuro Station is one of the busiest train stations in the world, second only to Shinjuku Station. The station has a long history, having opened in 1903. In 1903, around 28,000 passengers used the train station each day. Today, that number is over two million, including local commuter as well as tourist traffic.

Ikebukuro is the main station in the north-west of Tokyo. This shopping and entertainment district boasts unique shops and indoor theme parks, many of which cater to the anime and manga fandom. Use this guide to find your way around Ikebukuro Station.

No Shinkansen lines serve Ikebukuro Station directly. However, you may take the Yamanote Line from Ikebukuro to Tokyo Station. There, you will have access to the Akita, Hokkaido, Joetsu, and many other Shinkansen trains.

Remember that at the JR office, you will be able to activate your Japan Rail Pass and make your seat reservations.

The Japan Railways train lines (also free with the JR Pass) at Ikebukuro Station include:

The Tokyo Metro and two private rail lines, the Seibu and Tobu Railways, also use Ikebukuro Station. Their lines include:

How to get to Ikebukuro Station

Ikebukuro Station’s main entrances are the East and West Exits; many others are located around the building. The Marunouchi, Yurakucho, and Fukutoshin lines are located two and four stories underground, respectively.

Major department stores, some of which are owned by the railways, ring the station, including Tobu, Seibu, Loft, and Parco stores. Interestingly, “Seibu,” written with the same characters are the word for “west,” is located on the eastern side of the building, while “Tobu,” written with the characters for the word “east,” is located on the west end.

Coin operated luggage storage lockers are located near the North and South Gates, the East Exit, the Tokyo Metro Marunouchi Line entrance, and throughout the station’s interior.

Things to do around Ikebukuro Station

Along with other shops and restaurants, the Echika underground mall is located within the station itself. To the east of the station, you will find Bic Camera, Mitsukoshi, Parco, and Seibu department stores. Sunshine City, Tokyo’s first “city within a city,” houses a planetarium, the Sunshine Aquarium, indoor theme parks – including Namja Town by the creator of Pacman and the manga-themed J-World Tokyo – a museum, and the Sunshine Prince Hotel. To the west are the Tobu department store and the Metropolitan Plaza.

Otome Road, north of Sunshine City, is a center of otaku culture. There are many anime, manga, and cosplay shops, such as K-Books, Mandarake, and Animate. There are also butler cafes that cater to feminine otaku clientele.

Whether you like anime or shopping, theme parks or aquariums, Ikebukuro has something for you. Where will your travels take you? You’ll be ready if you have your JR Pass in hand!