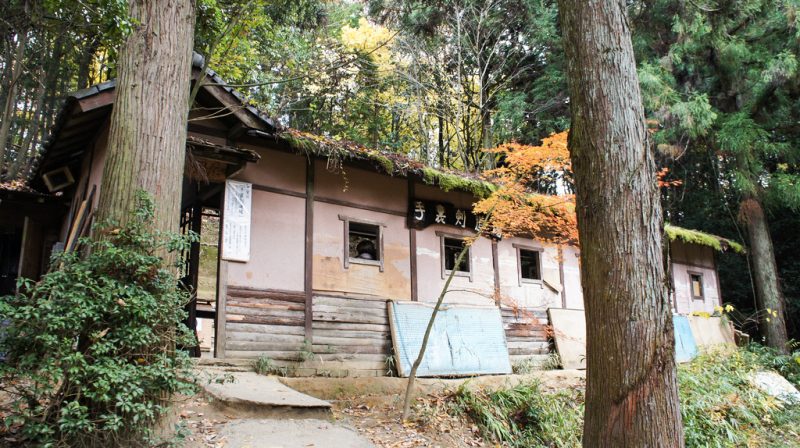 The Koka Ninja Village, or Koka no Sato Ninjutsumura, is located in the rural city of Koka, also called Koga. Along with nearby villages, Koka is set deep within the homeland of the ninja. The rugged and mountainous landscape made Koka an excellent retreat in which the ninja honed their skills. Its close proximity to Kyoto makes it an accessible and exciting stop for your next Japanese vacation.

History of the Japanese ninja

The ninja – these unconventional Japanese warriors have been immortalized in art and film the world over. The image of a martial arts master, face covered and dressed in black, wielding swords and throwing stars – for most, this is what the word ninja calls to mind. Sometimes called shinobi, or “those who act in stealth,” the fighters of the Shiga Prefecture earned a reputation for their fighting skills as early as the 11th century.

The terrain of this region was ideal for those who wished to evade detection, such as bandits or those defeated in conflict. Autonomous communities were formed in the mountains and valleys, and there the early ninja perfected their craft. During the 15th and 16th centuries, ninja were often hired as mercenaries, or paid soldiers, by the leaders of warring states. From the 1600s onward, most ninja were employed in espionage, spying on regional lords, or as castle guards.

The ninja have since been stereotyped and romanticized in traditional Kabuki theater and in many elements of popular culture – movies, cartoons, and manga. While fictional ninjas are meant to entertain, the Japanese countryside still contains the relics of the actual ninjas that were.

How to get to Koka Ninja Village

Getting to Koka from Japan’s major cities is easy when you use your Japan Rail Pass!

From Tokyo to Koka

Take the direct Hikari train on the JR Tokaido Shinkansen line from Tokyo to Maibara Station. Then, take the Tokaido Line to Kusatsu Station, and the Kusatsu Line to Koka. The trip takes approximately four hours and is covered in its entirety by the JR Pass.

From Kyoto to Koka

Travelling from Kyoto, the journey is similar but shorter: take the Tokaido Line to Kusatsu Station, and the Kusatsu Line to Koka. This trip takes only one hour and is covered by the JR Pass.

From Osaka to Koka

From Osaka, the journey is slightly longer than from Kyoto. Simply take the Tokaido Line to Kusatsu Station, and proceed to Koka on the Kusatsu Line. The trip takes about one and half hours and is covered by the JR Pass.

The Ninja Village is a thirty-minute walk from Koka Station. Alternatively, a shuttle bus departs from the station’s north entrance, or a taxi may be used. Because of the distance between attractions in the area, some choose to hire a rental car.

Things to do in Ninja Village

The Koka Ninja Village consists of several antiquated dwellings once used by the legendary ninja. It is located in the midst of an imposing forest. Once there, you can watch as village staff demonstrate the hidden compartments and trap doors built into one of the ninja homes.

Then, you can train to become a ninja yourself. The village offers a shuriken throwing star range with various targets, and a nine-stage obstacle course. If you brave the course, you can attempt to scale walls and walk on water using authentic ninja tools.

Keep in mind that the Ninja Village is closed on Mondays. Admission is ¥1,030. English translation is not typically available.

Ninja house and other attractions

Your pilgrimage to Koka may include other ninja-themed activities as well. The Ninja House, or Ninjutsu Yashiki, is a nearly 300-year-old ninja dwelling. This mansion, too, is equipped with trap doors, secret passages, and devices to protect the residents or provide an easy escape. Exhibits inform about the life and fighting style of the ninja, and shuriken throwing is available there as well.

The Ninja house is a twenty-minute walk from the JR Konan Station. It is closed yearly from December 27 to January 2. Admission is ¥650, and an informative pamphlet in English is available on request.

Your next Japanese vacation is sure to be memorable as you learn the way of the ninja in the rural town of Koka. You will appreciate the authenticity of these locations as compared to the commercial ninja attractions located in many theme parks.