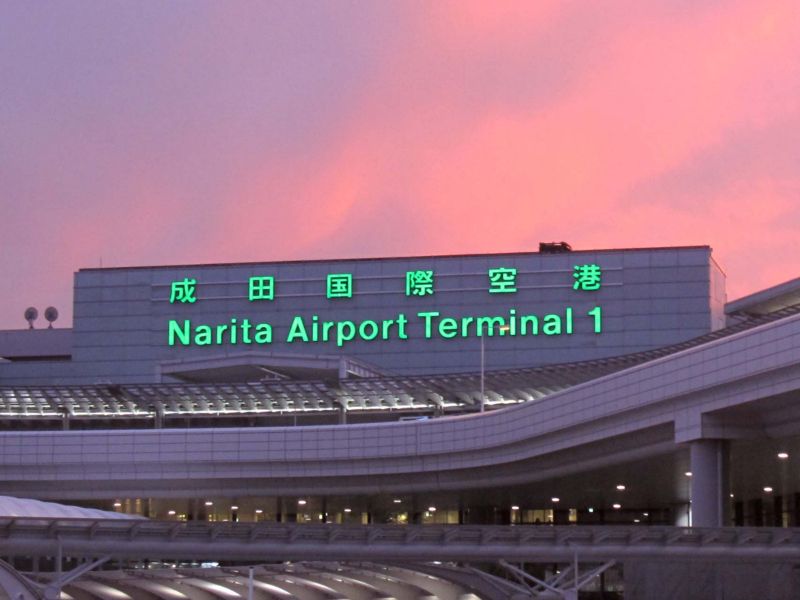 The Narita Airport is Tokyo’s primary gateway for inbound and outbound international travel. You might be surprised to learn, however, that Narita Airport is not located within the city itself. Instead, it can be found in a rural area, rich with beautiful landscapes and rice paddies.

How far is it from Narita Airport to Tokyo? Narita’s international terminal is a distance of just over 80 kilometers (about 50 miles) from downtown Tokyo.

If you are feeling intimidated about arranging for travel from the airport to Tokyo, or if you are looking for ways to save time or money, this Narita to Tokyo travel guide was designed for you. We’ll examine the myriad ways you can get to your destination from the airport. We’ll also explain which ways are easiest, fastest, and can save you money.

From Narita Airport, you may choose to travel by train, bus, or car. Once you arrive at Tokyo Station, you can access trains to Kyoto, to Osaka, and elsewhere in Japan.

Narita to Tokyo by Train

The Japan Rail Pass represents one of the easiest and most affordable means of getting around Japan. Many of the Narita to Tokyo rail options accept the JR Pass.

These trains depart every 25 to 40 minutes from Narita Airport Terminal 1 Station. The trains not only reach Tokyo Station, but may also travel to Ikebukuro, Shinjuku, and Shibuya. The Narita Express is one of the more convenient options, as it has plenty of space for your luggage. You also won’t need to change trains between the airport and your destination. It’s the perfect way to go from Narita to Shinjuku or Shibuya.

The JR Sobu Line is a Rapid Service, with one departure per hour. It is both slower and cheaper than the Narita Express, and is covered by the JR Pass. Also a good option to reach Shibuya or Shinjuku from the airport.

The Keisei Line is one of the cheapest ways to get from Narita to Tokyo. Keep in mind, though, that the Keisei Line is a regular train, meaning it is a commuter train used by locals. Be cautious and courteous when bringing bundles of suitcases onto the train during rush hour. Your JR Pass will not cover the use of this train.

This train offers the best access to central Tokyo. You will arrive at Asakusa in less than an hour, and Shinagawa Station in about an hour and 25 minutes. This service is not covered by the JR Pass.

The Skyliner offers the fastest way to get to Tokyo. You will arrive in Nippori in 36 minutes, or Ueno Station in 41 minutes. You can then transfer to the Yamanote Line to reach Tokyo Station. The Skyliner is operated by the same company as the Tokyo Shuttle and therefore does not accept the JR Pass. The Skyliner costs about 2,500 yen, or just over $22.00 U.S.

Several of the train options listed above will accept the JR Pass for all or part of the ticket cost. However, you might want to consider activating your Pass after you arrive in Tokyo. Why?

The JR Pass is valid for a specific number of days after activation. If you won’t be using the trains much during your first days in Japan, such as while in Tokyo, you might wish to activate your pass at a later date. This will allow you to use it on longer trips between Japan’s cities, and will ensure that it is valid through the end of your trip. If this is the case, you can use one of the affordably priced options listed above or below to travel from the airport – without wasting days of your JR Pass.

Narita to Tokyo by Bus

A number of bus types provide transportation from Narita Airport to Tokyo.

The Tokyo Shuttle departs from Narita Airport about every 20 minutes, any time of day. The first return Shuttle from Tokyo Station to Narita leaves at 1:30 am, helping you catch your early-morning flight.

Another benefit of the Tokyo Shuttle is that its destination is the Yaesu Exit of Tokyo Station. From this station, you can use your JR Pass to reach virtually anywhere in Tokyo or across Japan.

Access Narita buses boast that they are easier to use than the other options, as you simply have to line up at the bus stop rather than buying paper tickets at a counter. Advance reservations are also possible. The buses are also equipped with toilet facilities.

Narita to Tokyo by Taxi

If you are unfamiliar with the transportation systems in Japan, booking an airport-to-hotel taxi service may be for you. A taxi will make your trip easier, but it is not the cheapest means of travel. A stand taxi may cost over 20,000 yen, or $180.00 U.S.

Shared taxi services, such as the shared minibus, are a much cheaper option. Shared taxi services from Narita to Tokyo average about 6,200 yen, or just over $55.00 U.S., per person. These services operate 24 hours a day, picking you up from the airport departures terminal and delivering you directly to your hotel.