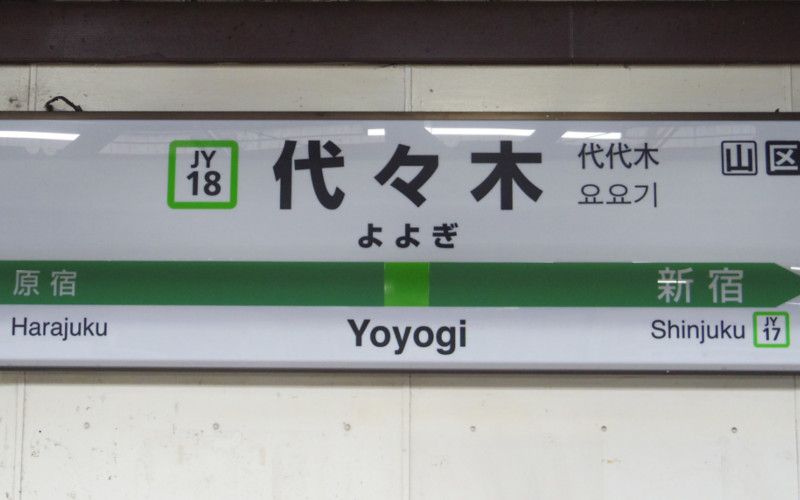 Yoyogi Station first opened its doors in 1906. Today, the two stations that make up Yoyogi Station serve nearly 100,000 passengers daily. As part of the Yamanote Loop, Yoyogi is a popular station, especially for those attending a sporting event or seeking an escape from the city in the spacious Yoyogi Park and its environs.

Yoyogi will also serve as an important hub during the 2020 Tokyo Olympic Games. Plan your trip today with the aid of this handy travel guide.

Yoyogi Station is operated by both the East Japan Railway Company (JR East) and the Tokyo Metropolitan Bureau of Transportation (Toei).

Your Japan Rail Pass can be used when traveling on this station’s JR Lines. These include:

Yoyogi Station hosts one non-JR line, the Toei Subway’s Toei Oedo Line. Yoyogi Station may be used for connections between this line and the JR Lines. The JR Pass is not applicable to this line.

Yoyogi Station’s JR East station is home to an island platform and two side platforms, all on the ground level. The platforms serve a total of four tracks.

The JR East station has three exits – East, West, and North. The North and West exits provide access to the Toei station’s Oedo Line. There, one underground island platform serves two tracks, the first bound for Roppongi and the second for Hikarigaoka.

Yoyogi Station is approximately five minutes from Shinjuku Station and 35 minutes from Tokyo Station when traveling on the Yamanote Line.

Things to do near Yoyogi Station

There are plenty of things to do in the surrounding area of Yoyogi Station. Yoyogi Park is one of the most notable attractions. Its name means “generations and generations of trees.” It gets its name with good reason – the grounds encompass 500,000 square meters and house more than 15,000 trees. It is a favorite spot for cherry blossom viewing in spring and koyo leaf viewing in autumn. Amenities include walking trails, picnic tables, sports facilities, and various rentals. 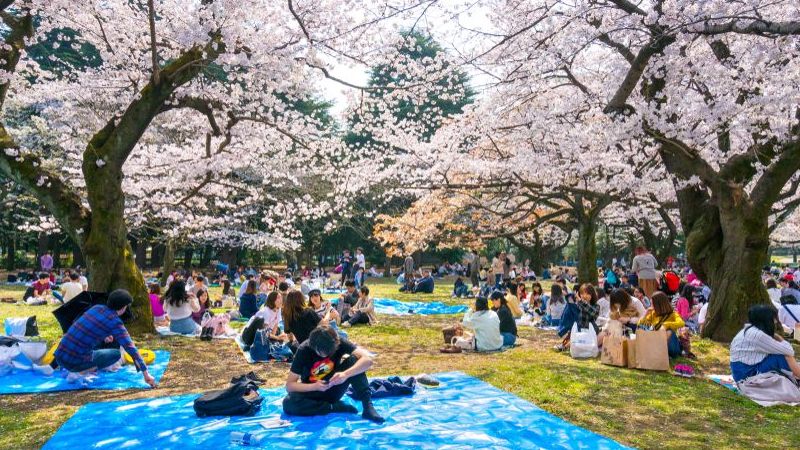 The grounds also include the Meiji Memorial Picture Gallery, which is an art museum, and the Meiji Jingu Shrine, one of the largest in the area. It is known for its massive torii gates and forested seclusion. The Tokyo Camii, the city’s largest mosque, can also be found nearby.

To travel from Yoyogi Station to Yoyogi Park, you will have to walk about 1.5 kilometers. This will take about 20 minutes.

A short distance to the south, you will find the Yoyogi National Stadium, where swimming and diving events were held during the 1964 Olympics. More recently, basketball and ice hockey events have been held at this landmark. The New National Stadium will replace the old stadium for the 2020 Olympic Games. Interestingly, the new stadium incorporates trees and shrubs into each stadium level, drawing upon the green atmosphere of Yoyogi itself.

If you want to combine Yoyogi’s verdure with its city life, look no further than Yoyogi Village. There, you can stroll tree-lined pathways while visiting unique and upscale shops, restaurants, and bars.

You may also visit NHK Studio Park, located next to the stadium. Take a tour to see how television shows are produced, or get involved with hands-on acting, camera, and announcer activities at the museum. Also worth a visit is the Koga Masao Museum of Music.