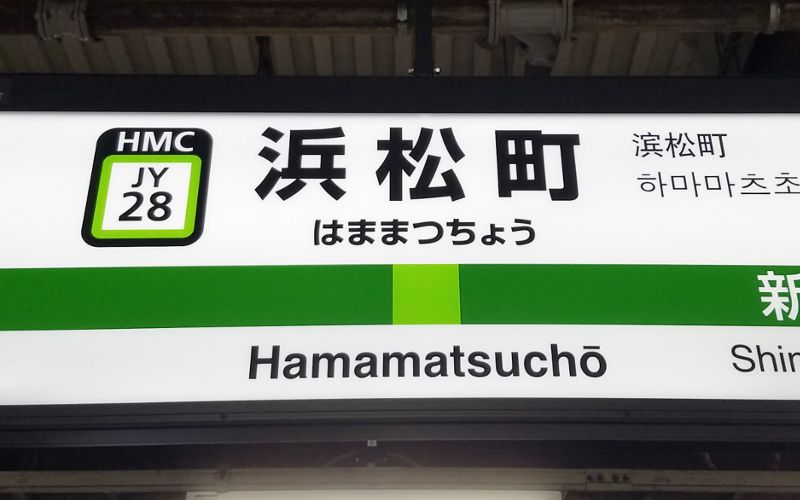 If you’re traveling in Tokyo, you might find yourself passing through Hamamatsucho Station. The station is located in the Hamamatsucho business and commercial district of Tokyo’s Minato special ward. It provides access to loads of attractions in the Tokyo Bay area.

This station is over 100 years old, first opened in 1909. Today, it serves more than 150,000 travelers daily. You can use this handy guide, along with your Japan Rail Pass, to travel quickly, easily, and affordably in and around Hamamatsucho Station.

Hamamatsucho is home to two JR East train lines and terminus of Tokyo Monorail line. All of this covered by JR Pass:

Two platforms host four tracks. The Keihin-Tohoku Line can be found on tracks 1 and 4, the Yamanote Line on tracks 2 and 3.

Other lines and connections

You can also reach the Toei Oedo and Toei Asakusa Lines through the nearby Daimon Station. This station is a one-minute walk away, located just northwest of Hamamatsucho Station.

Maps are available online and on-site to help you find station amenities such as ticketing booths, restrooms, and luggage store coin lockers. These lockers are especially helpful if you’d like to explore the city without the burden of heavy baggage. You’ll find coin lockers located on the station’s three lower floors.

Taking either of the 2 JR lines, Keihin-Tohoku (platform 1) and Yamanote line (platform 2), there are two stops that separate the Hamatasucho and Tokyo station by approximately six minutes:

This trtip is covered by the JR Pass.

Departures to Tokyo station: Every 2 minutes.

Between Hamatsucho and Shibuya stations there are 7 stops along the Yamanote line:

This trtip is covered by the JR Pass.

Departures to Shibuya station: Every 3 minutes.

Hamamatsucho Station serves as the terminus, or end, of the Tokyo Monorail. This monorail serves as a direct connection to Haneda Airport and is covered by the JR Pass. 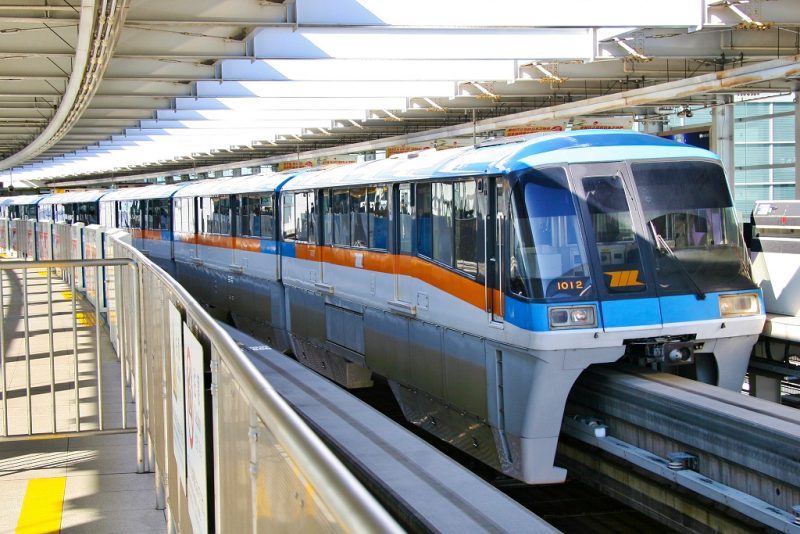 Platforms for the monorail are to the west of the main station in a separate elevated building. Two platforms serve the single track. Additionally, you can check-in for flights on the Skymark, Air Do, JAL, and ANA domestic airlines near the monorail entrance.

There’s plenty to do as you depart from Hamamatsucho Station. The station is connected to the World Trade Center Building, which has restaurants and retail shops. You can enter the World Trade Center Building from the station’s second floor. The Acty Shiodome, Tokyo’s fourth-tallest building, is a three-minute walk from the station and features shops on the first two floors. The Shiodome City Center Shopping Mall is a ten-minute walk away.

If the wonders of nature are more your speed, you’ll be delighted to find two elegant gardens within walking distance of the station. Hamarikyu Gardens is one-half mile to the northeast. This public park consists of over 250,000 square meters (more than 60 acres) of landscaped gardens surrounding a Shioiri Pond. Interestingly, the park itself is encapsulated by a seawater moat, on which you can spot boats of all shapes and sizes.

The Kyu Shiba Rikyu Garden is only one-eighth of a mile to the east of the station. Formerly an imperial garden, this public garden is one of only two Edo period clan gardens that survive in Tokyo to this day.

From Hinode Pier, you can board a water taxi to tour the Bay.

Finally, a trip to this sector of Tokyo would not be complete without a visit to the historic Tsukiji Fish Market. This market was formerly the largest fish market in the world. While the wholesale distribution has been relocated, you can still purchase produce, kitchen wares, and ready-to-eat foods from abundant stands in the Outer Market.