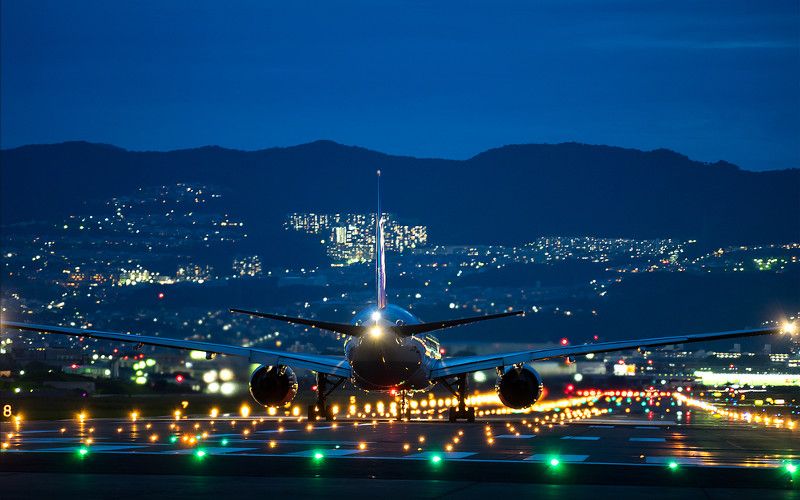 Many international travelers consider the flight to be the most confusing and nerve-wracking portion of their trip, from booking flights to navigating customs and airport terminals. Fortunately, it doesn’t have to be that way.

We’ve compiled a list of the most important airports in Japan, complete with access information and abbreviation codes, to help your vacation run a bit more smoothly.

All of Japan’s international airports have a few things in common. Each is located near a big city, giving you ready access to local sights and attractions – especially when you employ the Japan Rail Pass and the local train system. Additionally, all of the airports offer flights to many cities around the world. Some smaller airports offer international flights within Asia, to countries such as Korea and China.

Japan’s most important airports include Tokyo’s Narita and Haneda Airports, Osaka’s Kansai Airport, and Nagoya’s Chubu Airport. Below, discover all you need to know about these and other useful airports.

The greater Tokyo area is home to two large airports – Narita and Haneda. Both airports offer amenities to travelers and boast some of the best on-time departure rates in the world. If you are flying into Tokyo, you may be wondering: which airport should I choose?

Should You Fly Into Narita or Haneda Airport?

Which airport you use will largely depend on where you are flying from. Around half of Japan’s international travelers enter through Narita Airport. Most international airlines offer flights to Narita. If flying from abroad, your carrier will most likely utilize Narita Airport. If you live in a neighboring country or are entering through such a country, you might use Haneda Airport. Some flights from Hawaii, Los Angeles, San Francisco, and Seatle are now served by Haneda Airport. It is located closer to Tokyo, and ground transportation is, therefore, faster and cheaper.

Narita International Airport (NRT) is the largest international airport in Japan. It is located 60 kilometers (about 37 miles) east of Tokyo.

Access: You can use the JR Narita Express (abbreviated N’EX) to travel between Tokyo and Narita Airport, covered by your JR Pass. Stations served include Tokyo Station, Chiba Station, Yotsukaido Station, and Sakura Station. The N’EX runs every half hour during mornings and evenings, and hourly during midday. The trip takes approximately one hour.

Alternatively, you may take the Narita Line/Sobu Line Rapid Train. One train departs for Tokyo Station per hour, and the journey takes one and a half hours.

Access: You may take the Tokyo Monorail between Haneda airport and Tokyo, and it’s included with your Japan Rail Pass. The train runs, on average, every four minutes. The first station, Hamamatsucho Station, can be reached in just 13 minutes. Other stations of the Yamanote Line – Tokyo, Akihabara, Ueno, Shinjuku, and Shibuya Stations – can be reached in 20 to 30 minutes.

Access: You can travel between Kansai International Airport and Osaka using the JR Haruka limited express, which connects to Osaka Station, covererd by Japan Rail Pass. The trip requires 40 to 50 minutes.

Access: You may travel between Chubu Airport and Nagoya using the Meitetsu Line μ-SKY limited express. The train ride takes between 45 and 55 minutes.

Naha Airport (OKA) is located on the island of Okinawa. It is Japan’s seventh busiest airport, serving over 17.5 million passengers annually.

Access: Trains arrive and depart from Naha Airport Station between 6 am and 11:30 pm.

Access: The Fukuoka City Subway provides a direct connection to Hakata Station. From there, you can access the JR Sanyo Shinkansen and the JR Kagoshima Main Line.

Many of Japan’s smaller domestic airports also offer some international flights to locations such as Seoul, Taipei, Beijing, Shanghai, and Guam. Included among these are the airports of Shin-Chitose, Asahikawa, Hakodate, Aomori, Akita, Sendai, Ibaraki, Niigata, Toyama, Komatsu, Shizuoka, Okayama, Hiroshima, Yonago, Takamatsu, Matsuyama, Fukuoka, Saga, Oita, Nagasaki, Kumamoto, Miyazaki, Kagoshima, and Naha. Using one of these small airports may be convenient if you are already in the area and departing for a neighboring country. 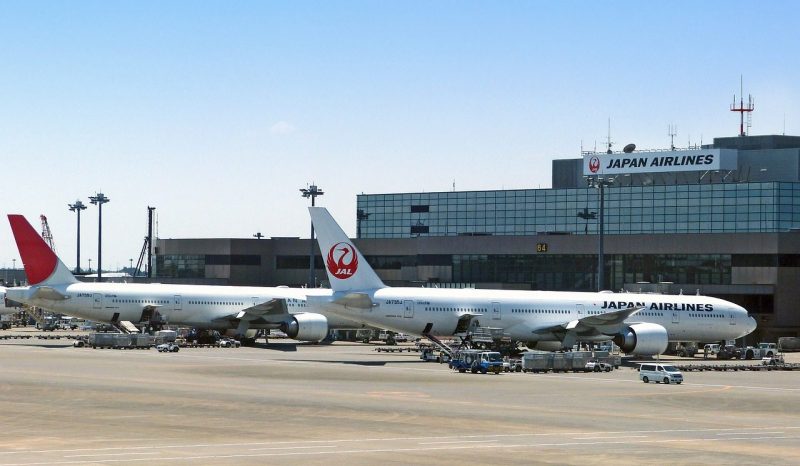 Are you ready to take to the skies? Start planning your next adventure and book your JR Pass today.

2 thoughts on “International airports in Japan”