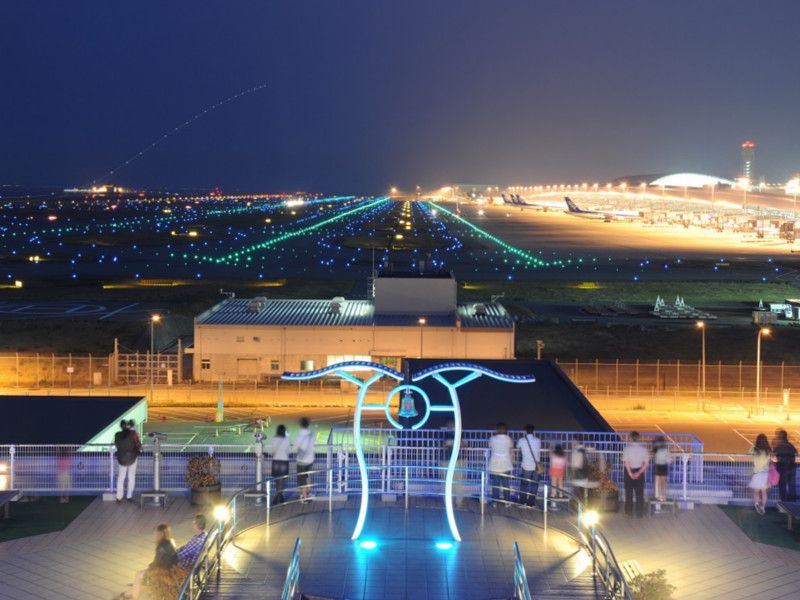 Kansai International Airport (KIX) is one of Japan’s largest and busiest airports. It is located on a man-made island which is about 40 kilometers south of Osaka, Japan’s historical second city.

There are multiple ways of traveling between Kansai International Airport and Osaka including by train, bus or taxi. This guide will explain the various ways you can make the journey and how you can do it with and without your Japan Rail Pass.

Kansai Airport has two terminals. Terminal 1 is the main terminal and train station is next to it. Terminal 2 was built more recently and it mainly serves low cost airlines which run flights from nearby countries. Visitors can get to Terminal 1 by a free shuttle bus transfer between terminals.

Kansai Airport to Osaka by Train

Osaka is a vast city which has multiple train stations. Depending on where you need to go, can take a train from Kansai Airport to Osaka Station, Namba Station, Tennoji Station or Shin-Osaka Station. Here are the lines you can use to get to Osaka:

The Haruka Express departs from Kansai Airport every 30 minutes and stops at Tennoji and Shin-Osaka stations. It is the fastest way to make the journey. Travelers can use their JR Pass to ride the Haruka Express or tickets cost either 2000 yen for Tennoji or 3000 yen for Shin-Osaka (for passengers without the pass). Reserved and non-reserved seats are available.

If you’re lucky, you might be able to catch the Hello Kitty! Haruka!

The Kansai Airport Rapid train is a cheaper alternative to the Haruka Express. Tickets cost 1000 yen to Tennoji Station and 1200 yen to Osaka Station (JR Pass holders can access the line using their passes). It takes 15 minutes longer than the Haruka Express as it makes more stops.

The Nankai trains connects Kansai Airport with Namba. There are two types of Nankai trains: the ‘Rapi:t Alpha’ and ‘Rapi:t Beta’ trains. The only difference between them is that Beta trains make two more stops and are therefore slightly slower. The trains depart every 30 minutes and the price of the train is 1340 yen (the Nankai trains are not covered by the JR Pass).

Limousine bus services run frequently between Kansai Airport and a wide range of stops in Osaka including Osaka Station, Namba Station, Shin-Osaka Station, and Universal Studios. There are also night buses which run once an hour from the bus station between 12am and 5am.

The journey takes one hour and the price is 1,550 yen. Passengers can buy tickets from vending machine at the airport

Catching a taxi from outside of Kansai Airport is easy but as the journey is 50 minutes long, it is very expensive. The taxi fare costs around 15,000 yen in the day, or 17,500 at night. For this reason it is not a typical way of making the journey from Kansai Airport to Osaka.

Travelers arriving at Kansai Airport earlier than 8am should be aware that all trains and most buses don’t run overnight. Visitors have the option of catching a night bus which run hourly or catching a taxi. 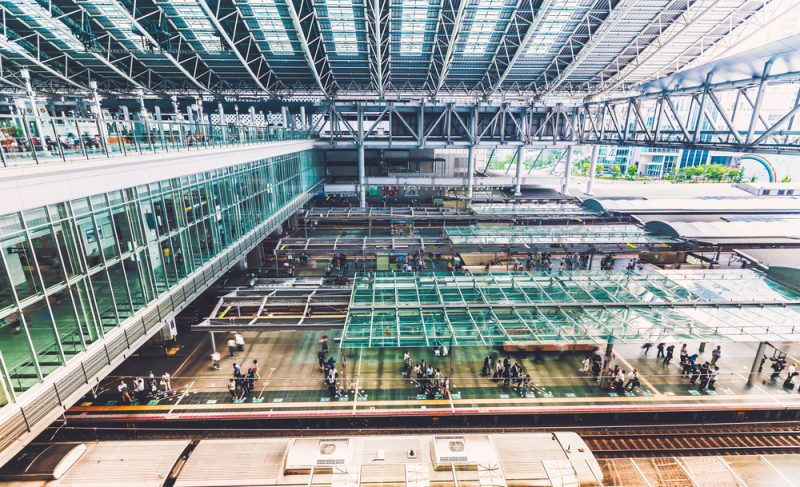 The last train from Kansai Airport to Osaka (Namba) leaves just before midnight. The last of the normal buses leaves at around 23.00pm although the night buses continue to run hourly. Visitors have the option of catching a taxi or staying overnight in a hotel and catching a train in the morning.

The JR Pass is the cheapest way of getting around Japan (as long as you plan to make a couple of journeys). You can use your Japan Rail Pass to get from Kansai Airport to Osaka by catching the Haruka Express or Kansai Airport Rapid. JR Pass holders can just check the times when they land and catch the next train available.