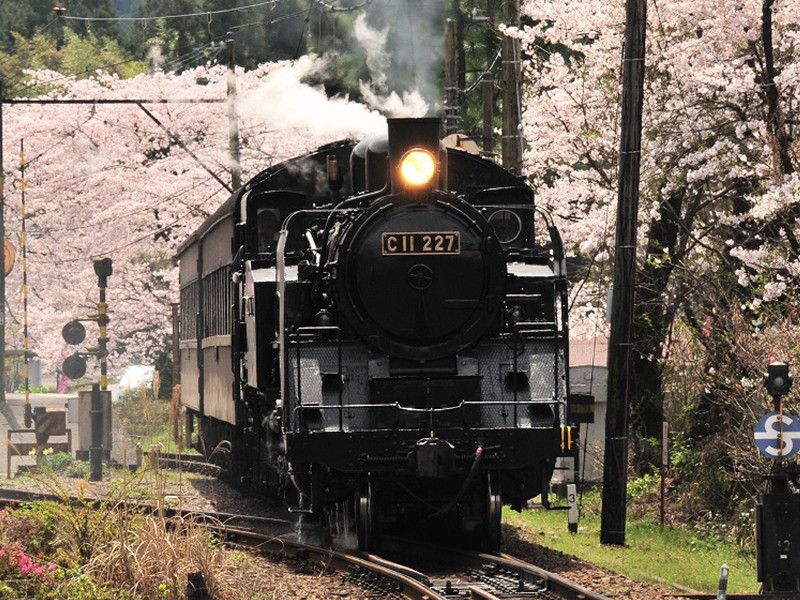 The haunting whistle of a vintage train is so ingrained upon our collective consciousness that even the youngest of children often recognize the sound. Before the advent of the bullet train and the modern railway system, the steam locomotive, or SL train, was the fastest way to get around.

Japan has preserved many of these trains, some dating back to the nineteenth century. You, too, can experience the nostalgic thrill of the steam locomotive. Grab your Japan Rail Pass, and have fun exploring the following SL trains.

Take the Joetsu Shinkansen from Tokyo Station to Takasaki Station, and you’ll be rewarded with a very special steam train ride on your return trip. You will feel as if you’ve stepped back in time as you meander through the Japanese countryside. You’ll also be able to access the Ikaho Onsen from Shibugawa Station, completing the Edo era mystique of your trip with yukata and local cuisine. 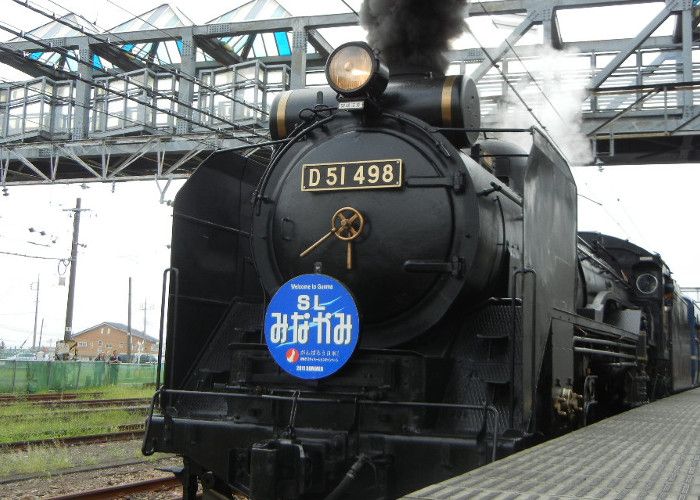 Itinerary: This train may take one of two different routes. You can choose from Takasaki to Minakami Station, or the Shinetsu Line to Yokogawa Station. The latter typically runs only on holidays and weekends.

This steam train follows the course of the Oigawa River, at times crossing it via rustic bridges. This line operates more than 300 days each year, making it one of the most accessible in terms of bookings.

Itinerary: This train travels from Shin Kanaya to Senzu Station, in the Shizuoka prefecture. You can reach Shin Kanaya taking the Tokaido Shinkansen from Tokyo to Kanaya station with your JR Pass, then you can choose between walk 20 minutes to Shin-Kanaya Station or take an Oigawa Railway train (4 minutes).

You may have traveled through Hokkaido before, but you’ve never seen it like this. Blanketed in snow, the eastern side of this island presents a barren yet starkly beautiful landscape. 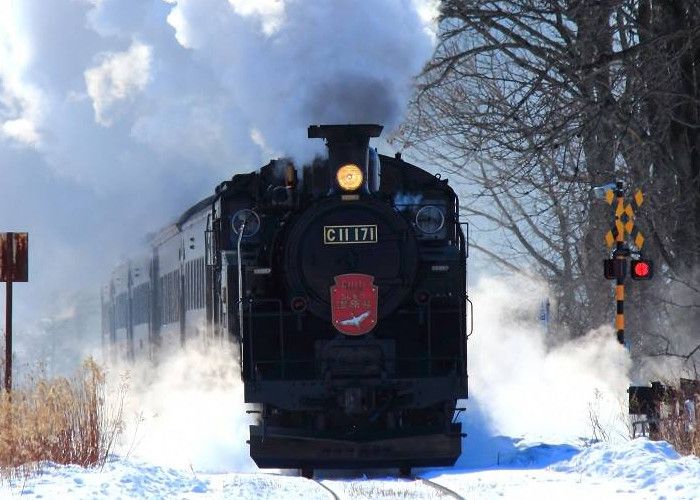 This locomotive was built in 1937 and restored in 1979. On this trip, you will cross bridges and chug along through the countryside. 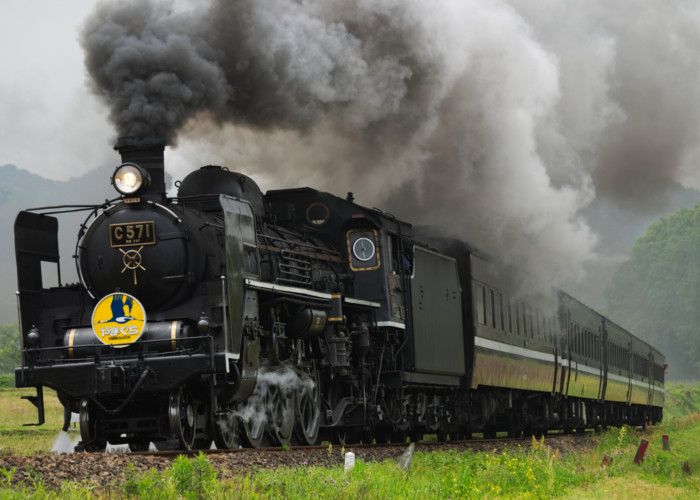 Itinerary: The SL Yamaguchi operates on the JR West Yamaguchi Line from Shin-Yamaguchi to Tsuwano, in Yamaguchi prefecture. It is in operation on Saturdays from March to November.

The Banetsu Monogatari was the last steam locomotive to be retired from regular operation in 1969. In 1999, it was brought back into service for nostalgic trips over bridges and through deep valleys. 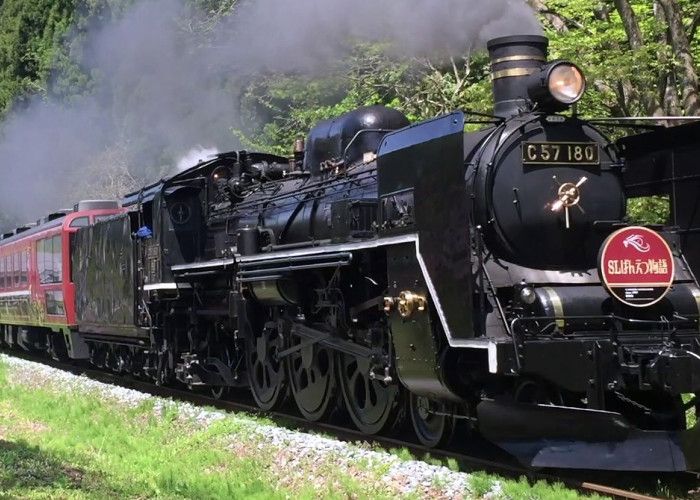 Itinerary: The Banetsu operates on the Banetsu Line and Shintetsu Main Line between Niigata and Aizu-Wakamatsu in Fukushima. It is in service on holidays and Saturdays from April to September.

Interestingly, the Hitoyoshi began operation as a sightseeing train on the one hundredth anniversary of the opening of the JR Hitsatsu Line. Passengers can indulge in an onboard buffet and lounge while viewing the picturesque Kuma River Valley. 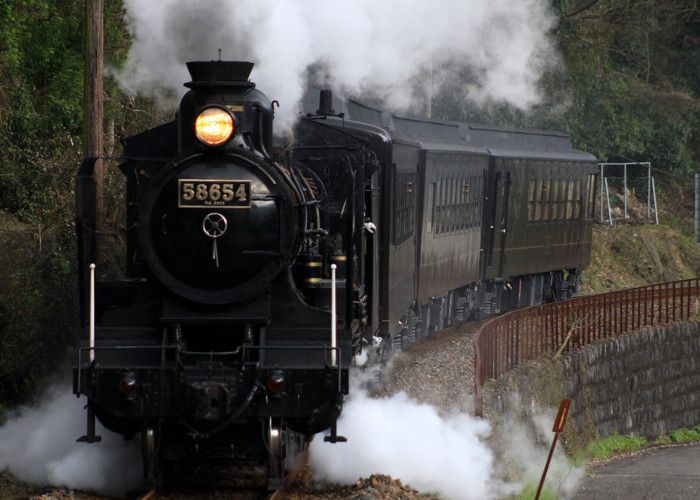 Itinerary: The Hitoyoshi operates on the Kagoshima Main Line and Hitsatsu Line.

At nearly three hours in duration, the Paleo Express offers one of the longer steam train rides. Book early – due to its proximity to Tokyo, the Paleo is often bustling with passengers. 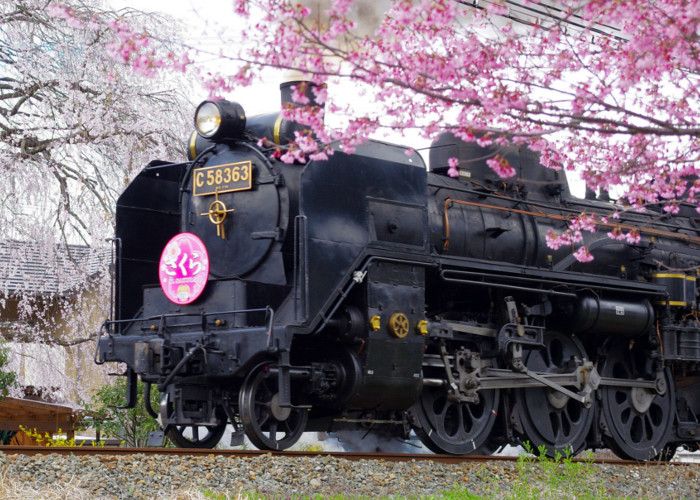 Itinerary: The Paleo Express operates on the Chichibu Main Line from Kumagai to Mitsumieguchi. You may enjoy sightseeing at Nagatoro Line Kudari and Shibazakura Hill along the way. The train service can be accessed on holidays and Saturdays during the months of April through December.

Views from this train are especially spectacular during the spring, when fields of flowers burst with color alongside nodding sakura trees. Photo props, such as period hats, are available onboard. 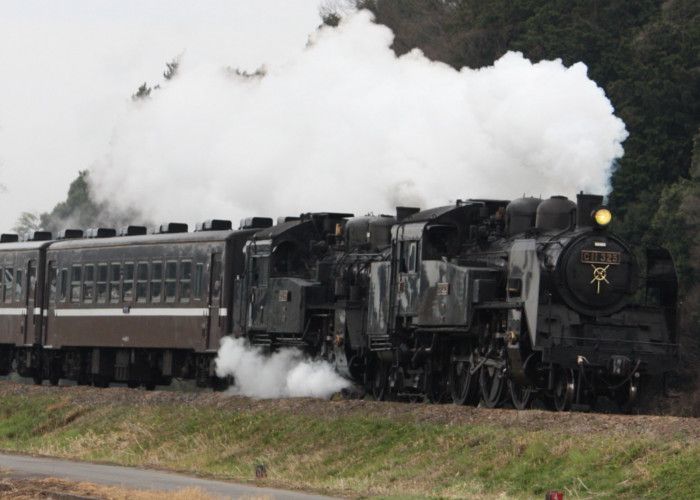 Itinerary: The Moka operates on the Moka Line, including Shimodate, Moka, Mashiko, and Motegi. Round trips are available on Saturdays and Sundays throughout the year.

In fall, you will witness blazes of koyo color from this train. In winter, you’ll pierce a pristine snowy landscape where snowflakes cling to the needles of every evergreen tree. 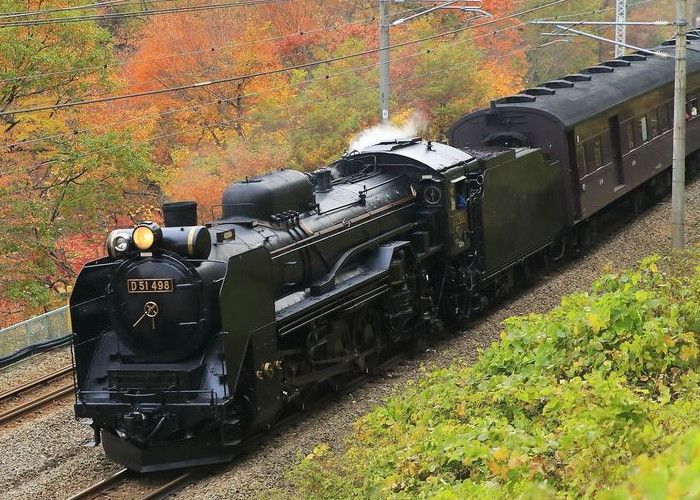 Itinerary: The Aizu-Tadami operates on the Tadami Line from Aizu-Wakamatsu to Aizu-Kawaguchi. The train runs from early summer through November.

SL Kita-Biwako runs the 22 km that separate JR Meibara station from Kinomoto station in Shiga prefecture. This steam train runs throughout the year at irregular intervals. It is a perfect way to enjoy the beauty of the Kohoku area, near Lake Biwa and Mount Ibuki, visiting the historical sites around Nagahama and Kinomoto. 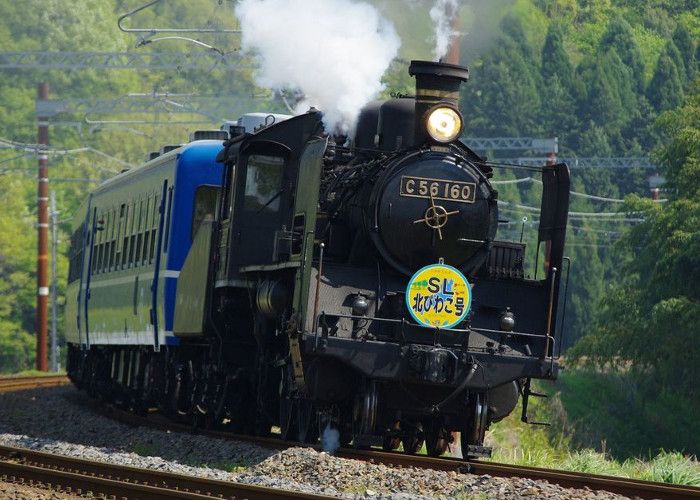 Itinerary: The SL Kita-Biwako operates on the Hokuriku Main Line, between Meibara Station and Kinomoto Station.

Which retro railroad adventure do you wish to embark upon? With your JR Pass in hand, all of these possibilities await.