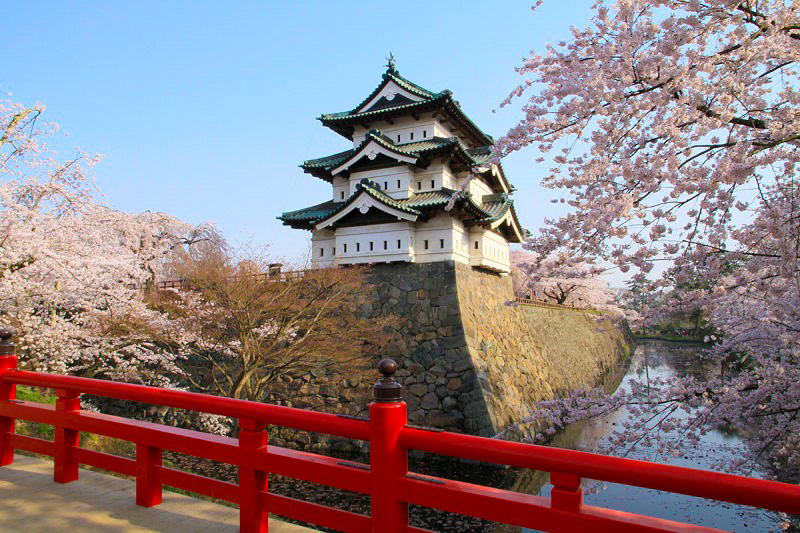 Japan is a land rife with history and relics of the past. In nearly every city and town, you will find landmarks, museums, and historic sites that display the country’s culturally rich past. In fact, the United Nations Educational, Scientific, and Cultural Organization (UNESCO) has declared more World Heritage Sites in Japan than in any other country.

One of the most interesting and breathtaking elements of Japan’s history is its castles. Unique architecture and fascinating family stories accompany each site. Consider the following list of Japan’s most visited castles.

Accessing each location is easy when using your Japan Rail Pass. Why not include a castle tour on your next Japanese vacation?

The history of Japanese Castles

Japanese castles evolved from the wooden stockades of earlier centuries and developed into their most recognisable form by the late 15th century. The primary functions of Japanese castles initially mirrored those of their European counterparts: for defense, strategic control, and to intimidate enemies.

Although originally conceived of simply as fortresses to guard strategic locations such as trade routes, roads, and rivers, Japanese Castles were also built to serve as centers of governance.

By the Sengoku period, they primarily served as the homes for local feudal lords and their family, and aimed to intimidate rivals with their extensive defenses, imposing size, and the opulent design of their elegant façades and interiors.

Although more stone was used in their construction than most Japanese buildings to ensure the fortresses would endure, the castles were still primarily constructed of wood, which means that many have been destroyed over the centuries.

However, a number of castles were later reconstructed to reflect their original design, especially during the Edo period, as well as more recently as national heritage sites and museums.

Like many European fortresses, Japanese castles were encased in huge stone walls and surrounded by protective moats. However, the walls only served to protect the castle compound and never extended to the surrounding castle towns (Jōkamachi), reflecting the lack of fear of invasion.

Another significant difference between European and Japanese castle models was the tendency to erect distinct tile-roofed buildings within the compound walls. Buildings inside the compound served as residences for Samurai, with those with a higher rank living closer to the central keep. Some castles contained an inner moat which separated Samurai residences by their rank.

The majority of peasants and commoners lived outside of the castle walls: only those in direct employ of the feudal lord or his associates were permitted to live within the compound, and designated to certain sections according to their occupation.

Osaka Castle was originally constructed in the 1580s. At the time, it was the largest castle in Japan. During the 1500s, the surrounding park was home to the wife of a Japanese ruler. Today, Osaka Castle and its Castle Park are a favorite cherry blossom viewing location in Osaka.

An observation platform overlooks the surrounding city. Not to be missed is the castle’s history museum, which includes three-dimensional pictures, holograms, and other advanced technologies in its exhibits. 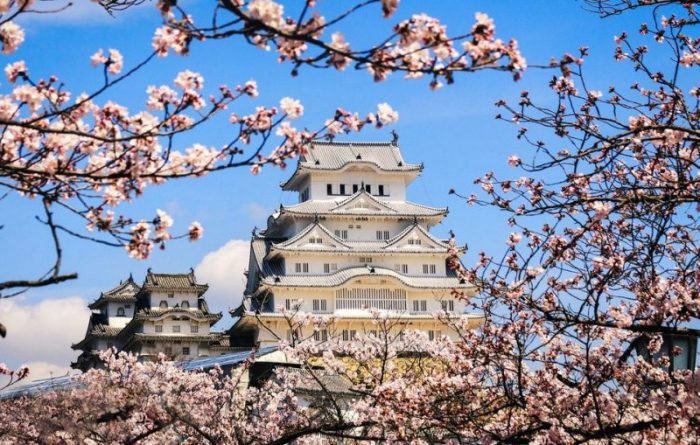 Also called the Hakuro-jo, or White Heron Castle, for its bright, pristine appearance, Himeji Castle was built early in the 1600s. In 1951, it received the designation of National Treasure, and in 1993, it became the first Japanese castle to be named a UNESCO World Heritage Site. 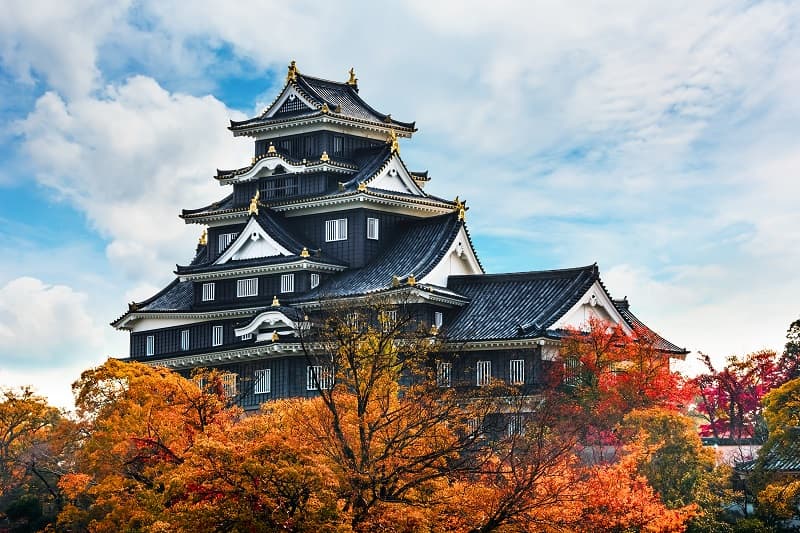 Also known as the “crow castle” because of its black-hued façade, Okayama was built in 1597 in the Azuchi-Momoyama style. The original structure, with the exception of the original moon-viewing turret, was destroyed during WWII, but later rebuilt in 1966. Located on the Asahi River, which was used a natural moat, the castle is also located close to the Korakuen Garden, considered one of the most beautiful gardens in Japan. 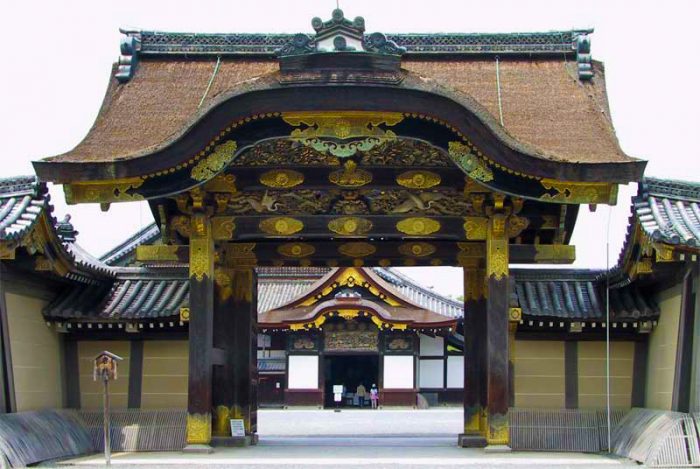 Located in the heart of Kyoto, this World Heritage Site was originally constructed by a powerful shogun or chief military commander. A unique aspect of Nijo Castle is the intentional installation of creaky floorboards to warn residents of hostile trespassers. 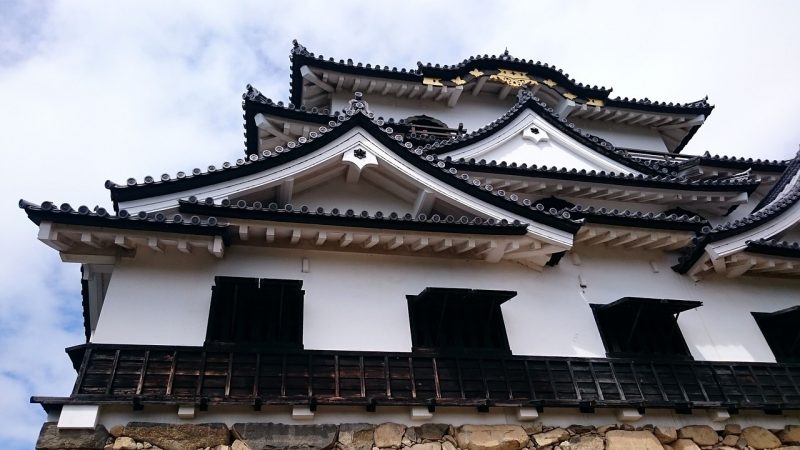 The hilltop castle in Hikone took 20 years to build, was completed in 1622, and served as a seat for feudal lords until 1868. The impressively preserved features of the castle include the unique façade of the castle keep, as well as a number of guard houses, gates, and collapsable bridges. 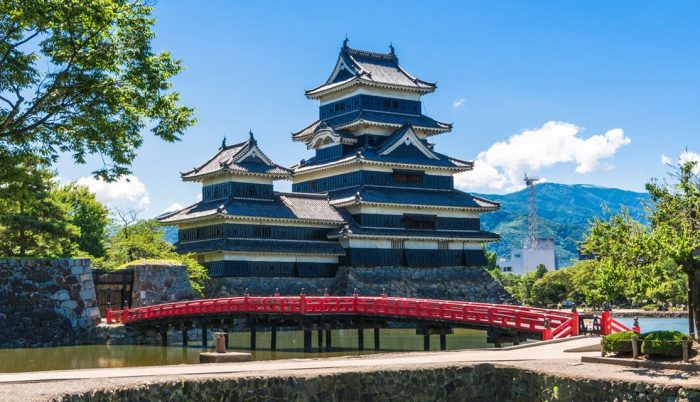 Matsumoto Castle, in the Nagano prefecture, features impressive exterior architecture, and the gardens are a coveted photo opportunity, especially when the cherry trees blossom in spring.

Located inside Hirosaki Park, one of Japan’s best cherry blossom spots, Hirosaki Castle was built by the Tsugaru Clan in 1611. The original castle keep burnt down in 1627 after being struck by lightning, but was rebuilt in 1810 on a slighter smaller scale. Surviving elements include the 3-story castle tower, fortified moats, and the  castle gates.

Originally of the Edo period but rebuilt after World War II, Nagoya Castle is six stories high, affording panoramic views of its surroundings. This castle features up to 10 individuals in period attire, acting as genuine historical figures from the area’s past. It is also a favorite spot for viewing cherry blossoms in spring.

Built in 1583, Kanazawa Castle was home to powerful rulers, the seat of the second most powerful feudal lords in Japan. The castle’s gate faces the Kenrokuen, one of Japan’s three most beautiful landscape gardens. 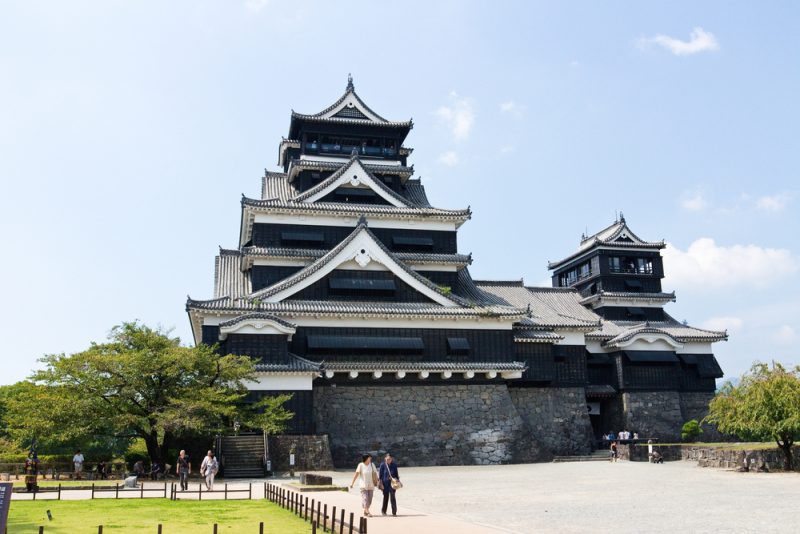 One of the most extensive castle complexes in Japan and dating back to 1607, Kumamoto Castle unfortunately suffered some serious damage during the earthquakes of April 2016. The interior of the castle keep is due to be reopened in spring 2021, but in the meantime a walkway allows visitors to get a close-up view of the keep exterior.

The flatland Edo Castle was the home castle of the Tokugawa shoguns during the 17th century until 1867, and is nowadays part of the Tokyo Imperial Palace. While the Palace itself is not open to tours, it can be viewed from its illustrious gardens, which also feature ruins of Edo period castle structures.

Informative signs highlight areas of historical relevance and special plantings, such as trees gifted to the royal family by foreign dignitaries.

The surrounding East Gardens have been open to the public since 1968, and currently, over one million people visit each year. According to one recent visitor, during your peaceful garden stroll, you might just forget that you are in the middle of the Tokyo megalopolis.

When you explore Japan’s historic castles, you might even feel like royalty yourself. Check out our additional travel guides and plan your next trip today!