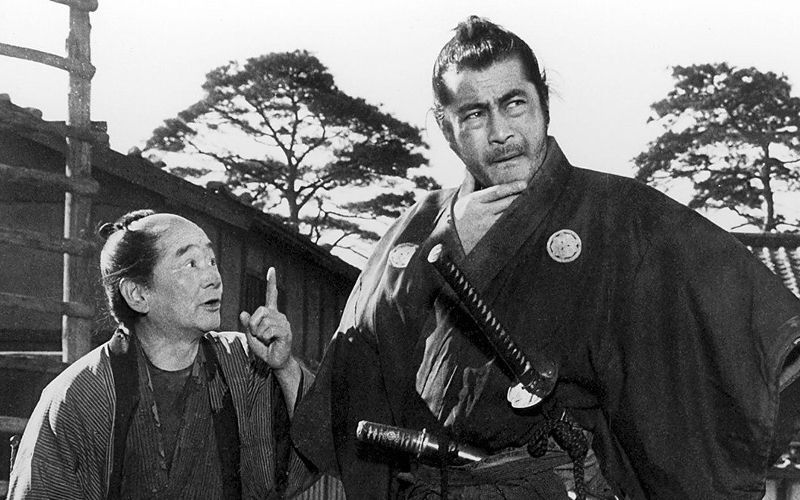 There are plenty of Hollywood movies based on Japanese culture you could watch before traveling to Japan, such as Memoirs of a Geisha, The Last Samurai, or the remake of J-horror Ringu.

However, there are a number of other Japanese films and Japan-set movies that can give you a much better view of both modern life in Japan and its history, and current Japanese pop culture.

If you’re looking for some cinematic inspiration when planning a trip, browse the list below for some of the best Japanese films ever made and where to watch them.

Regarded worldwide by as one of the best animated and science fiction movies ever made, Akira is a landmark Japanese anime film.

The post-apocalyptic, cyberpunk story follows the young leader of a biker gang in a visually stunning future Tokyo, as he tries to save a friend who has acquired destructive telekinetic abilities.

Boasting a huge cult following around the world, Akira has gone on to influence numerous other films including Ghost in the Shell (1995), The Matrix (1999), and Inception (2010).

Although it stirred huge controversy upon release, Battle Royale has since become regarded as one of the best Japanese films of the 2000s, and is one of director Quentin Tarantino’s favorite movies.

Based on the novel by Koushun Takami, this dystopian thriller sees a group of Japanese students taken to a remote island and forced to fight each other by a totalitarian government.

The bleak tone and bloody action is not for everyone, but Battle Royale also features some fascinating social commentary and great Japanese actors in key roles.

This Japanese drama tells the story of a young cellist who returns to his hometown in Yamagata prefecture after his orchestra is disbanded, and unexpectedly falls into working as a nōkanshi—a traditional ritual mortician.

However, because of Japanese social taboos against people who deal with death, he faces prejudice from the community, including his own family.

Departures has been widely acclaimed for the moving way it shows how death can bring out humanity and strengthen family bonds. It’s also a real-tear jerker, so make sure you have some tissues handy.

A classic Japanese monster movie that needs little introduction, Godzilla is the first entry in the franchise recognized by Guinness World Records as the longest running in film history.

Intended to be a parable about nuclear paranoia, many Japanese critics initially thought that Godzilla could not be taken seriously because “such giant monsters do not exist” and that the idea of a fire breathing organism was absurd.

However, Godzilla is now considered to be one of the most iconic monster films of all time, and has spawned an endless list of sequels, spin-offs, and remakes.

The Happiness of the Katakuris (2001)

An almost indescribable Japanese horror/comedy/musical, Happiness of the Katakuris starts with a bizarre animation sequence and only gets weirder from there.

The story concerns a Japanese family who renovate an old inn in the hills near Mount Fuji. However, one by one their new guests end up dead for inexplicable reasons, leading the Katakuris to cover up the crisis to keep their new business open.

If that sounds dark, rest assured that the determined family break out in a chipper clean-up song soon after the first body hits the floor. Cheerful tunes mix with reanimated zombies, strange dream scenes, and exploding volcanoes for the rest of the film.

Director Takashi Miike also made the celebrated Japanese horror film Audition (1999), but you definitely need strong nerves if you plan to watch!

Directed by French New Wave filmmaker Alain Resnais and written by acclaimed novelist Marguerite Duras, Hiroshima mon amour is considered one of the best films made about the aftermath of the atomic bombing of Hiroshima.

Resnais was originally commissioned to make a short documentary about the event, but ending up crafting a feature story depicting an intense relationship between a Japanese man and French woman with post-war Hiroshima as a backdrop.

As it includes real footage of the ruined city and the victims, the film is a sometimes difficult watch, but is an important story about memory and forgetfulness well-told.

Much like Happiness of the Katakuris, House (Hausu) is an outrageous Japanese horror comedy that has gained a large cult following.

Compared to The Rocky Horror Picture Show mixed with Dario Argento’s Suspiria, the loose plot concerns a group of girls who travel to the rural home of a sinister aunt, only to encounter a series of bizarre events.

Gorgeously shot in psychedelic colors, the surreal parade of singing cats, possessed paintings, and flying disembodied heads may not scare you all that much but it will definitely leave you laughing and scratching your head.

An uplifting documentary about the power of perseverance, Jiro Dreams of Sushi tells the story of Jiro Ono, an 85-year old Tokyo resident considered by many to be the world’s greatest sushi chef.

In 1965, Ono opened Sukiyabashi Jiro, a humble 10-seat restaurant in a Tokyo subway station. Over 50 years later, the famous sushi bar attracts foodies from all over the globe, who must book a table months in advance, and has earned 3 Michelin Stars.

The film is an engaging profile of Jiro and his family, and also features a score from Oscar-nominated composer Philip Glass.

Considered to be one of the best films about Japan made by a foreign director, Sofia Coppola’s Lost in Translation took home a slew of trophies at the 2004 Oscars, and for good reason.

This modern classic set in Tokyo follows Bob, an ageing actor, and Charlotte, a lonely young woman, as they form an unexpected connection while exploring the Japanese capital.

Bill Murray and Scarlett Johansson give impressive performances and Tokyo looks incredible in the film, including the Shibuya Crossing and the chic bar in Shinjuku where the characters bond.

If you’re looking for a movie to get kids hyped about an upcoming trip to Japan, then try My Neighbor Totoro. The title character, Totoro, has become a cultural icon in Japan, and omnipresent on merchandise in the country.

The film tells the story of two little girls who meet the adorable monster against a gorgeously animated Japanese countryside, and go on a wild adventure on the magical Catbus.

The same animation studio was also responsible for the Oscar-winning Spirited Away (2001), and while visiting Japan you can see some of their amazing creations at the Studio Ghibli museum in Mikata.

Directed by legendary director Akira Kurosawa, this absolute classic of Japanese cinema explores a samurai conflict during the Sengoku period in Japan.

Shot on the Izu Peninsula and taking place in 1586, the epic drama tells the story of a farming village that hires 7 rōnin samurai to fight off marauding bandits.

Seven Samurai is often included on lists of the greatest films ever made, and has been credited with heavily influencing the plots of movies like The Magnificent Seven (1960), Star Wars (1977) and even Pixar’s A Bug’s Life (1998).

One of the most recent films on this list, Tokyo Idols explores the cultural phenomenon around Japanese “idols”, female J-pop singers.

Described as a “pop culture profile”, the documentary focuses on RioRio, a young singer in Tokyo as she tries to maintain her status and deal with loyal, and sometimes, obsessive fans.

Since debuting at the Sundance Film Festival, Tokyo Idols has gone on to be praised for  providing insight into Japanese music culture among younger generations.

Although it only partly takes place in the Japanese capital – the characters also travel to Onomichi, Atami, and Osaka – this acclaimed film captures a vibrant snapshot of Tokyo in the 1950s.

Tokyo Story is a classic drama which follows an ageing couple who travel to the capital to visit their grown children, but find that they may no longer fit into their busy kids’ lives.

Often cited by critics as one of the greatest Japanese films ever made, Tokyo Story is also widely regarded as influential director Yasujirō Ozu’s masterpiece.

Described as a Japanese ‘ramen western’, Tampopo is a satirical Japanese comedy about a truck driver who decides to stick around a roadside ramen noodle shop to help the owner improve her recipes.

The film was so influential in Japan that you can still find a large number of ramen shops in the country named Tampopo, after the female protagonist.

Tampopo expertly expresses the importance of food in Japanese culture in a comedic way, and will definitely leave you hungry for a bowl of noodles by the end.

Although a live-action remake of Your Name set in the United States is already in production, fans of Japanese anime will definitely want to see the original first.

An animated romantic fantasy, Your Name is the story of two Japanese high-schoolers, Mitsuha and Taki, who inexplicably start to swap bodies.

A huge commercial success in Japan, the film was praised for both its animation and emotional story, and Shinkai had another hit wih Weathering with You, released in 2019.