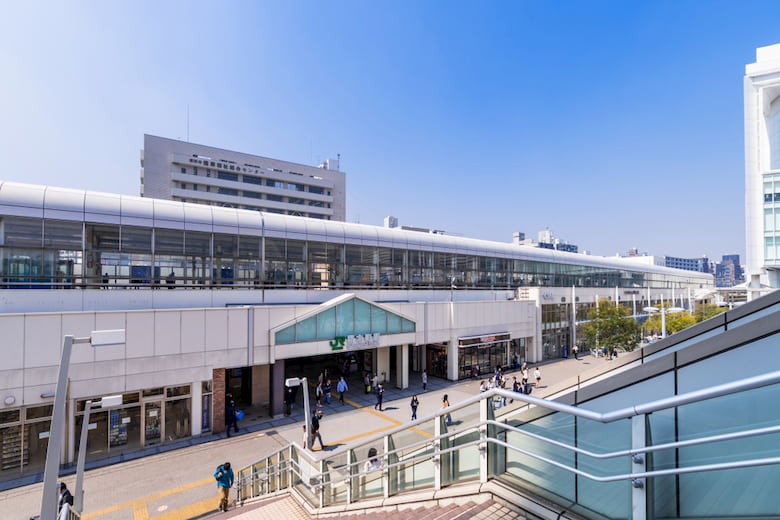 Yokohama is the second-largest city in Japan, located on Tokyo Bay south of Tokyo. It is the capital city of the Kanagawa Prefecture. In the Nishi-ku ward of this commercial hub, you will find Yokohama Station.

This station originally opened in 1872, and the current location was founded in 1928. Today, it is the fifth-busiest train station in the world, serving over 760 million passengers each year.

Many lines, operated by different railways, are available through Yokohama Station. As a major railway intersection in the city of Yokohama, you can use this station to make connections between lines.

You’ll be able to use your Japan Rail Pass to travel quickly and easily on most JR East lines. These include the Tokaido Main Line, Yokosuka Line, Yokohama Line, Shonan-Shinjuku Line, Keihin-Tohoku Line, and the Negishi Line, as well as the Narita Express to Narita Airport.

Taking the Shinkansen to Yokohama

Yokohama Station is actually three train stations in one, each operated by a different railway: Keikyu’s Station is located at 1 Takashima, JR East’s station at 2 Takashima. The station serving Tokyu, Sotetsu, and the subway is located at 1 Minami-Saiwai. 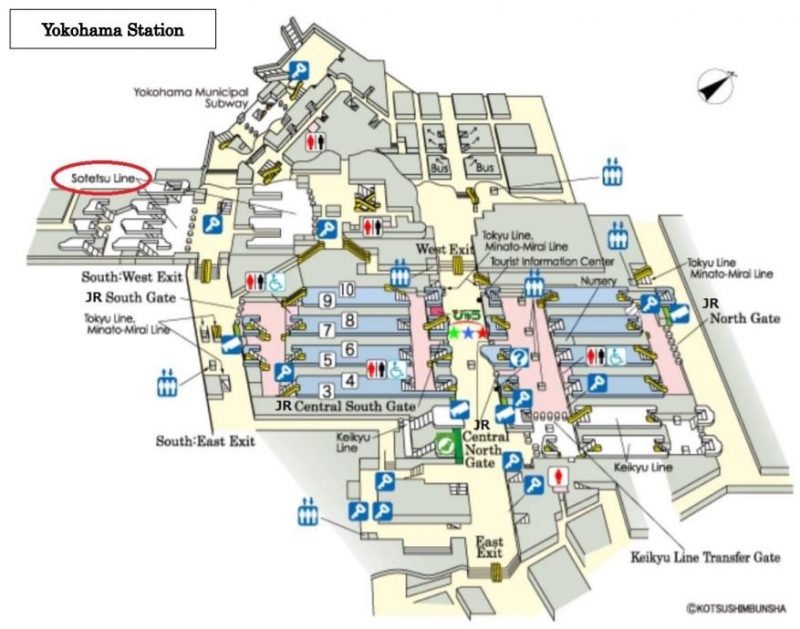 The Keikyu and JR East platforms can be found in the primary above-ground portion of the station. Keikyu uses platforms 1 and 2, JR East platforms 3 to 10. Tokyu and Yokohama Minatomirai use the underground portion of the station. Their platforms are located on level 5. The Municipal Subway is located west of the main station on basement level 3. Finally, Sagami uses above-ground platforms connected to the Sotetsu Department Store, located west of the main station.

Coin lockers for storing luggage are located near the escalators on basement level 1, just inside the West Entrance, and in the Central passage near the Keikyu Central Entrance.

Bus services are also available from Yokohama Station. Three terminals are located in the station, with two more nearby. Day and overnight expressway buses can be taken to major airports, Tokyo Disney Resort, or other stations. Local buses are also available. Bus stops can be found at the station’s East and West Exits.

How to Get to Yokohama Station

From Yokohama Station to Tokyo

Because of their proximity and the popularity of both locations, a number of different routes can be used to reach Tokyo from Yokohama Station, making Yokohama a popular day trip from Tokyo.

For example, you can take either the Yokosuka or Keihin-Tohoku Lines directly between Yokohama and Tokyo Station. Or, you could take the Tokaido Line to Shinagawa Station.

Also, the Narita Express can take you directly from and to Narita Airport.

Things to Do Near Yokohama Station

When traveling through Yokohama Station, there is plenty to do in the surrounding area. Do you like shopping? You can shop to your heart’s content without ever leaving the station. The station’s underground mall also connects to buildings surrounding the station.

Are you feeling hungry after your travels? Nishi-ku has plenty of restaurants to satisfy any foodie, including Craftsman Italian restaurant, Ginza Tenichi tempura, Mawashizushi Katsu for sushi, and El Torito Mexican restaurant, all within a short walk of the station.