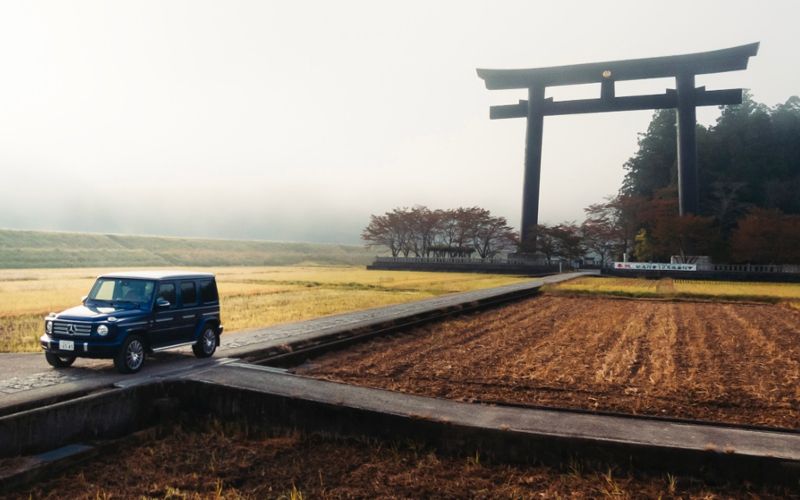 Although it’s possible to take in almost all of Japan using the Shinkansen bullet trains, there may be times when the traveler wants to explore attractions off the main routes, or just try out driving in Japan for themselves.

There a number of different vehicle rental companies in Japan that foreign travelers can choose from, but those traveling with the Japan Rail Pass should take note that only one offers special discounts for JR Pass holders.

Read on to read more about the Eki Rent-a-car System, a service offered by the Japan Rail Group at most major stations in the country, and what foreign visitors need to be able to drive in the country.

Can foreigners drive in Japan?

To drive in Japan, most foreign travelers are required to have an international driver’s license issued in accordance with the Geneva convention, which is still within the 1-year validity period from the date of issue.

A valid international driver’s license permits the holder to drive any of the following vehicles while in Japan:

It is possible for the latter 3 categories of vehicle to be coupled with a light trailer.

Foreign citizens who are resident in Japan are able to obtain a Japanese driver’s license issued by the Public safety Commission of Japan in order to drive in the country.

Renting a car in Japan without IDP

Citizens of the following countries are able to rent a car in Japan without having an International driver’s license:

In order to rent a car in Japan, nationals of the above countries are required to present the driver’s license issued by their home country, together with a Japanese translation of the same license.

It is possible to obtain a Japanese translation of a driver’s license at an embassy or consulate of the relevant country in Japan, or alternatively, from the Japan Automobile Federation.

How much does it cost to rent a car in Japan?

On average, the typical fees for renting a car in Japan for a 24-hour period, classified by vehicle type, are as follows:

Rates can often increase during peak times for tourism, especially on the northernmost island, Hokkaido, and can also vary between the many car rental companies operating in Japan. Most companies also offer rates for shorter-term rentals, between 6-12 hours.

Rental rates usually include unlimited mileage, any necessary taxes, and mandatory minimum insurance (1000 yen per day) to cover damage, injury, and liability. These fees are included in the average prices above. Rental fees can normally be paid by either credit card or in cash.

Most car rental companies in Japan ask drivers to return the vehicle with a full tank of gas, although many will offer to refill the car at the drop-off point, for a reasonable extra fee. The average cost of completely filling up a tank in Japan is around 150 yen.

Travelers with the Japan Rail Pass for the whole country are able to get significant car rental discounts at Eki Rent-a-car offices when they present their valid train ticket.

Eki Rent-a-car has a presence in or close by most of the major Japan Rail stations, so it is incredibly easy to hop off a train and into a rental car for the onward journey. All Eki cars also come with GPS navigation systems, making it easier for tourists to navigate.

In order to obtain the discount, it is necessary to make a reservation on the Eki Rent-a-car website using the promo code for JR Pass holders. The traveler is able to provide their personal information in advance using the online form, as well as to select the desired model of car and preferred pick-up and drop-off points (these can be different).

The traveler then only needs to show their Japan Rail Pass upon arrival at their selected Eki pick-up point to receive their 10% discount. The only condition is that the JR Pass used must be valid for at least 1 month at the time of soliciting the discount.

The traveler will also need to present their valid passport and the necessary driver’s license to pick up their rental.

Where to Rent a Car with JR Pass

Eki Rent-a-car offices are located at the following JR stations, sorted by region:

Jr Pass rental discounts are not available at the following Eki Rent-a-car offices:

If you are planning to visit Japan on a budget, don’t forget to make the most of the JR Pass discount offered by Eki and arrange to rent a car from one of the available stations!

General Advice for Driving in Japan

If you are planning to rent a car and drive while in Japan, you might want to take the following considerations into account:

Travelers who take these concerns into account shouldn’t have a problem driving in Japan. Just remember to make your Eki booking online before arrival in order to get your JR Pass discount!