Tennoji Station, called Tennoji-eki in Japanese, is located in the Tennoji-ku region of southern Osaka. It is an important transportation hub.

In the past, the area around Tennoji Station has had a “seedy” reputation. It’s the setting of many crime mangas and a historic “pleasure district.” However, renovations and tourism have elevated Tennoji, and there’s something there for everyone – from zoos and museums to ancient temples and food stands.

Check out this Tennoji Station travel guide to experience the best that Tennoji has to offer.

Tennoji Station has been in operation since 1889. It is been renovated numerous times, including in 2013. Many lines converge in one location at Tennoji; if you’re transferring trains in Osaka, it may very well happen at Tennoji. Direct connections are available to Wakayama, Nara, and the Kansai Airport.

Luggage store lockers can be rented inside the airport if you need a place to leave your belongings while you explore the city. Of course, like all JR train stations, restaurants and shops are located inside the station. Transit, Expressway, and airport limousine buses also depart from the station.

Tennoji and its connected stations serve both JR and non-JR rail lines. Services include local and rapid trains.

You can use your Japan Rail Pass on any of Tennoji’s JR West lines. These include:

The platforms for these lines are connected by a long passage.

Other stations are linked to Tennoji by bridges and underground walkways. These include the Abeno Kintetsu Station (across the street from JR Tennoji Station) and the Hankai Uemachi tram line.

The JR Kansai Airport Rapid Train is a popular option for travel from Tennoji Station to Kansai Airport (KIX). The Airport Line serves Tennoji, Osaka, and other stations of the Osaka Loop Line. The ticket is half the price of the Haruka express, but increases travel time by 15 minutes.

Your trip to Osaka might include a visit to Universal Studios Japan. Take a train from Tennoji Station to Osaka Station. From there, you can take the JR Yumesaki Line (also called the JR Sakurajima Line) to Universal City Station. The park is a five-minute walk from the station. 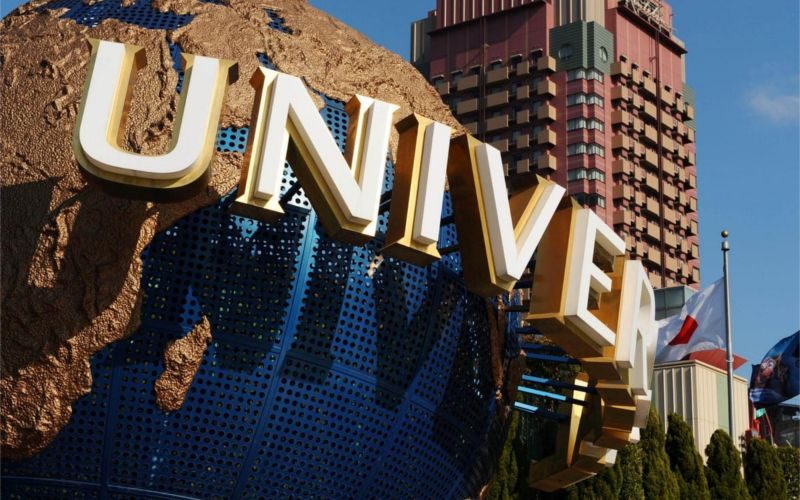 If heading to Universal directly from the airport, you can take the JR Airport Rapid to Nishikujo Station. From there, transfer to the JR Yumesaki Line to Universal City Station.

To travel from Tennoji Station to Nara JR Nara Station, a trip by JR Yamatoji line takes about 35 minutes. Alternately, you can take the Midosuji Subway Line to Nara Station.

What to do near Tennoji Station

There’s plenty to do near Tennoji Station. A popular attraction is the Sumiyoshi Taisha Grand Shrine. The Shrine is not the only historic site in the city. Others include Shitennoji Temple – the oldest in Japan – and Isshinji Temple.

Other outdoor activities include the Tennoji Zoo, in operation since 1915. Art lovers will enjoy the Osaka Municipal Museum of Art.

Osaka has been called “the kitchen of Japan,” and Tennoji does not disappoint. For example, you can sample okonomiyaki, or savory pancakes, at Abeno Ichigen, located near the entrance of Shitennoji Temple.

Shinsekai, located west of Tennoji Park, is a “uniquely Osakan dining and entertainment district.” An excursion to Shinsekai, translated “New World,” will give you a taste of historic Osaka. A combination of Paris, France and Coney Island, New York, USA, the landscape is dominated by the Eiffel Tower-like Tsutenkaku Tower.

The luxurious Marriott International Miyako Hotel is located inside the Abeno Harukas building. Other hotels near Tennoji Station include the APA Hotel Tennoji Ekimae and Hotel La Aroma Tennoji. The Business Hotel Taiyo is the place to go for budget accommodations.

Cover photo by そらみみ under CC