JRailPass.com » Japan Travel Blog » Itineraries » How to get from Narita Airport to Shinjuku 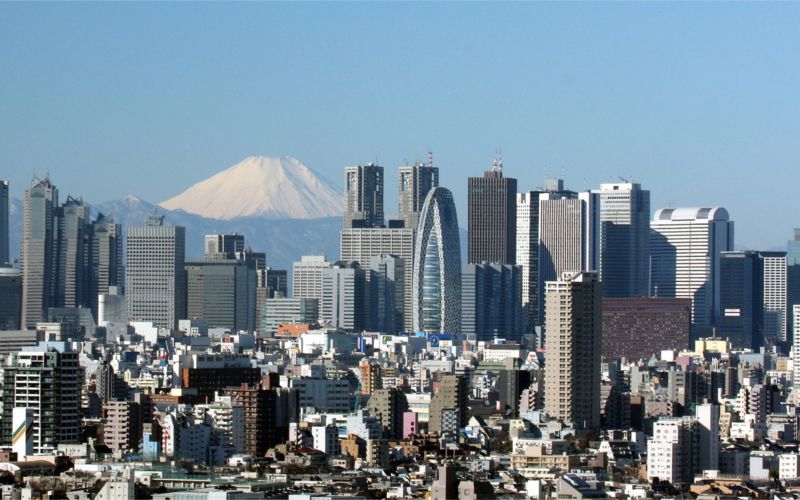 Shinjuku is a lively part of the capital which is famous for its shops and entertainment. It’s renowned for its karaoke bars, neon-lit streets, and its towering skyscrapers.

The district is also home to the world’s busiest train station, which serves over two million passengers each day. It’s common point of connection for visitors heading to various other parts of the prefecture as it links around 12 different rail lines.

Narita is the closest airport to the capital and there are numerous ways of getting from Narita to Shinjuku Station. At the moment there are no Shinkansen bullet trains from Narita Airport Terminal 1 or 2.

This article will explain the best way of getting from Narita to Shinjuku covered by the JR Pass as well as the quickest and cheapest ways of getting there if you don’t have the pass.

The best way of getting to Shinjuku from Narita Airport with a JR Pass is by taking the Narita Express. It’s fast, convenient, and there are trains every 30 minutes (for most of the day). There is also the bonus of not needing to make a change.

The Narita Express connects the airport with all the capital’s major urban areas such as Shinjuku, Shinagawa, Shibuya, Ikebukuro, and Yokohama. The journey takes around 1 hour 25 minutes.

In comparison, buses take around 1 hour 30 minutes just to get to Tokyo Station (over 2 hours in total). The Keisei Skyliner is slightly quicker than the Narita Express but it isn’t covered by the JR Pass.

The cheapest way (if you don’t have a JR Pass)

If you need to buy a single or return ticket there are numerous ways of getting from Narita to Shinjuku. The cheapest way of making the journey is by catching the regular Keisei Line as it only costs around 1185 yen.

Passengers should be aware the line gets very busy during rush hour as it serves commuters in the capital. It offers a glimpse into what commuting is like in Tokyo but it’s nearly impossible to get seat as it can be very uncomfortable when the train is packed full of people.

The trains also don’t have a any luggage racks which can be awkward during peak hours. It you have numerous bags or if you’re traveling in a group and you all have luggage, it’s probably worth paying a bit extra for the Narita Express or the Keisei Skyliner.

The Keisei Skyliner is slightly quicker than the Narita Express. It takes 65 minutes which is around 20 minutes faster.

The downsides are that it’s more expensive (around 2,570 yen) and it’s necessary to change at Nippori Station and switch to the Yamanote Line to complete the journey to Shinjuku.

The service runs from 7:28 am to the final departure from Narita at 10:30 pm and trains leave every 20 minutes. You can buy tickets for the Keisei Skyliner in advance online and the service is not covered by the JR Pass.

Narita to Shinjuku by Bus

There are 3 different types of buses you can catch from Narita Airport to Tokyo. However, they don’t go quite so far as Shinjuku so you have to catch the Yamanote line for the final leg of the journey.

The Tokyo Shuttle Bus runs around 3 times an hour between Narita and Tokyo Station. The one-way fare is 1000 yen during the day but double for late-night or early-morning departures. Discounted tickets for 900 yen are available in advance online.

The Access Narita Bus takes 1 hour 30 minutes to reach Tokyo Station and Ginza Station. The one-way fare is 1000 yen but 2,000 for late-night departures. Advance reservations are available online for a discounted rate.

Cover photo by Morio under CC