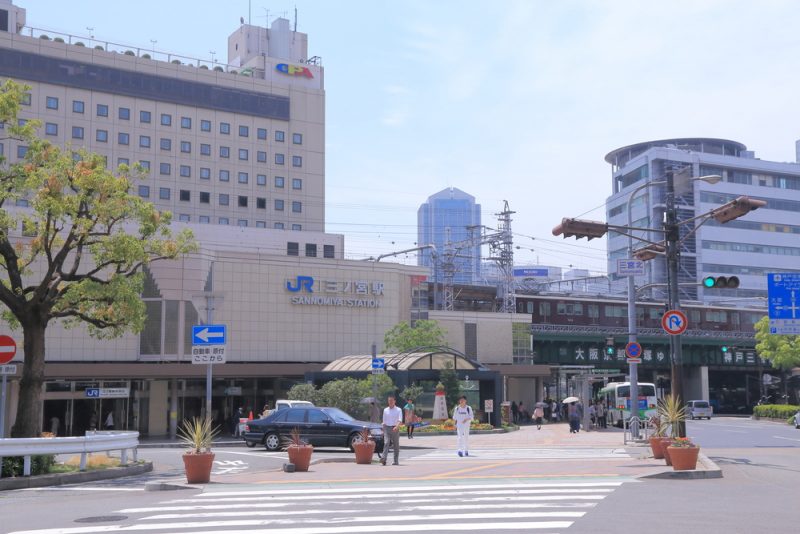 Kobe is a major port city in Japan’s Hyogo Prefecture. Kobe’s Sannomiya district is one of the city’s business and entertainment hubs. Together with the nearby Sannomiya-Hanadokeimae and Kobe-Sannomiya Stations, the JR Sannomiya Station represents Kobe’s transportation center.

The area and the station itself are named after Sannomiya Shrine, once located where Motomachi Station now stands. Sannomiya Station first opened to passengers in 1874, and it remains the fourth busiest of JR West’s train stations.

If your travels will be taking you through the JR Sannomiya Station, check out this handy travel guide. Learn your way around and discover the interesting things to do and see in Sannomiya.

JR Sannomiya Station is operated by JR West, and most of its trains are covered by the Japan Rail Pass. IC cards such as ICOCA, Suica, TOICA, PiTaPa, and SUGOCA are also accepted.

The JR Kobe Line is a part of the larger Tokaido Main Line. It connects Osaka Station (22 min from Sannomiya) to Himeji Station (42 minutes from Sannomiya), with Kobe’s Sannomiya Statio being one of the stops along the way. Other stops include Motomachi and Kobe Stations, between Sannomiya and Himeji.

The Kobe Line is served by two above-ground platforms and four tracks, two in each direction.

To the north of JR Sannomiya Station is Shin-Kobe Station, which serves the Sanyo Shinkansen (from Osaka to Hakata-Fukuoka).

You can reach Shin-Kobe from Sannomiya in less than 10 minutes, by taking the Kobe Subway’s Seishin-Yamate Line (not covered by the JR Pass) or a local bus.

Local city buses, including the Kobe City Loop Bus, also depart from the station. The bus terminal is located inside the Mint shopping complex on floor 1F.

Things to do in Sannomiya

There are a number of things to do in downtown Kobe, within walking distance of Sannomiya Station. A restaurant area known as the “Dining Road” can be found in front of the central ticket gate. This is also the location of the Golden Bell Plaza – an area with golden bells suspended from the ceiling, intended to be a familiar and convenient meeting place.

North of the station is Ikuta Shrine, founded at the beginning of the 3rd century and one of the oldest shrines in Japan.

South of the station is the Hanadokei Flower Clock, a famous Kobe landmark. Nearby, you will find the historic houses of the Kitano area.

You can shop ‘til you drop by visiting the area’s many department stores, including Mint Kobe, Sogo, Kobe Marui, Sannomiya OPA, and Vivre. Some are connected to the station itself.

Would you like to take a day trip from Kobe? We recommend historic Himeji, famous for its white feudal castle. The site is regarded as a national treasure and a UNESCO World Heritage Site. By train, the trip takes just over half an hour. Other Himeji attractions include the Mount Shosha Temple, which was featured in the film The Last Samurai, and the Kokoen Japanese-style garden.

Or, you can relax at Kinosaki Onsen, one of the most popular onsen destinations in the Kansai Region. The trip takes about three and a half hours by train. While there, you can also tour the pleasant town center, the endangered Stork Sanctuary, and the Onsenji Temple, dedicated to the founder of Kinosaki Onsen.