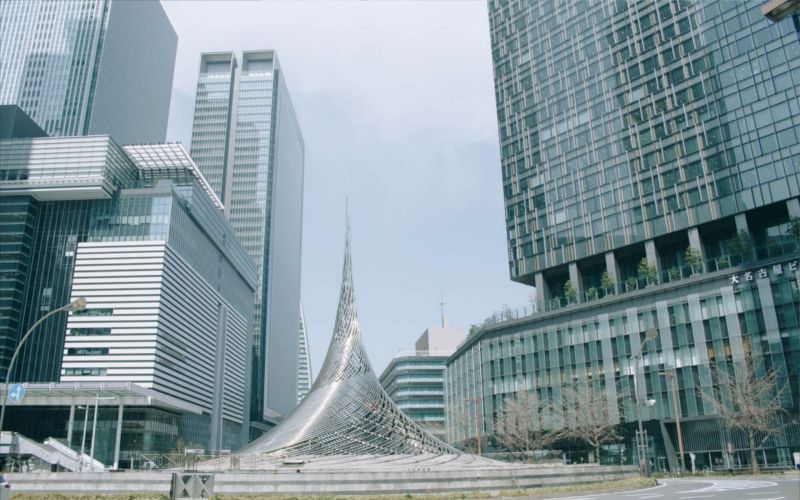 Nagoya Station is located in Nakamura-ku, Nagoya, in Japan’s Aichi Prefecture. By floor area, Nagoya Station is the world’s largest train station at around 410,000 square meters. It is the headquarters of the Central Japan Railway Company, also known as JR Central.

The station originally opened in 1886, and the current complex was completed in 1999. Two towers rise over 50 stories above the station – a staggering sight. The Hotel Tower is 59 stories, and the 55-story Office Tower has a helipad on top. The complex extends into underground concourses beneath street level.

Nagoya Station hosts many Japan Rail (JR) lines to distant and nearby cities, including:

You can use your JR Pass to travel on any of the JR lines to and from Nagoya Station.

Nagoya Station is also home to a number of train lines not covered by the JR Pass. These include:

You may purchase tickets or additional train cards for use on these lines.

The Aonami Line can be found to the west of the JR lines, and the Nagoya Subway lines are located under the station’s central concourse.

Many travelers from other lands find it surprising that items lost on Japan’s trains are often returned to their original owners. If you realize you have left an important item behind, visit the Lost and Found Office located on the north side of the Central Walkway.

If you are touring the city and don’t wish to lug around your luggage all day, the station’s coin lockers are a good option. On the southeast side of the station, you will find automatic lockers operated using a touch screen. Instructions are available in English, Korean, and Chinese. The lockers come in three sizes costing 300, 500, and 600 yen respectively.

Alternatively, you may leave your luggage at the baggage room of the Takashimaya department store’s Service Counter. Small bags may be stored for 540 yen, large bags for 864 yen, and coats for 324 yen. The counter is open from 10 am to 8 pm daily, and baggage should be picked up before closing time on the day of placement.

What to do near Nagoya station

Before leaving the station, you can stop by the Tourist Information Center at the east end of the Central Walkway. Maps are available in English, Korean, and Chinese. It is open most days from 9 am to 7 pm. 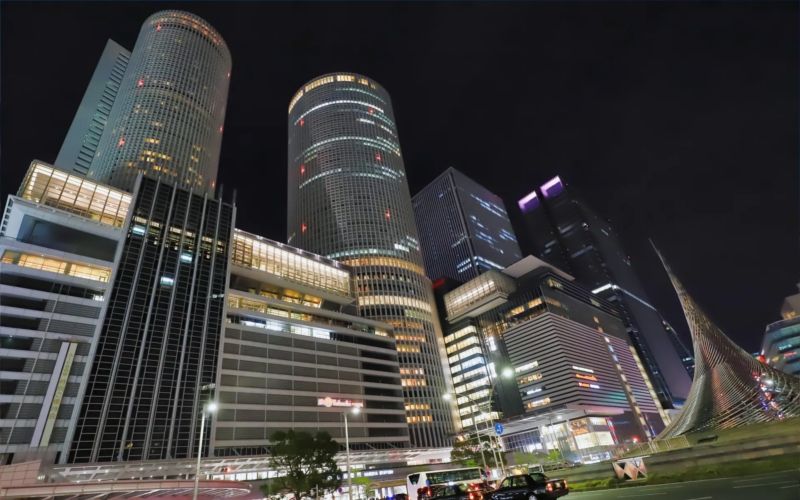 The area immediately surrounding Nagoya Station is called Meieki, and there are plenty of restaurants, shopping opportunities, and other things to do. The JR Central Towers themselves house the Takashimaya department store and the Tower Plaza shopping mall.

The top floor of the Office Tower is known as the Panorama Salon. You can enjoy a cafe, wine lounge, or health spa and beauty salon services while taking in views of the city.

The connected JR Gate Tower houses a hotel, a bookstore, another portion of the Takashimaya department store, and specialty stores including Uniqlo, GU, and BIC Camera.

Opposite the station is the city’s tallest building, Midland Square. It is famous for its open-air Sky Promenade observation deck. Restaurants are located just below it.

If you wish to venture further into the city, you may enjoy the Railway Museum, Nagashima Resort amusement park, Tokugawa Art Museum, a Toyota factory tour, Nagoya Castle, the Korankei valley, or the Science Museum, home to one of the largest planetariums in the world.

The Chubu Centrair International Airport is situated just off the coast on a man-made island. You can travel by train from Nagoya to the airport only by Meitetsu Railways.

Other Limited Express trains cost 870 yen and make the journey in 35 minutes. These trains are not covered by the JR Pass.

Hourly Centrair Limousine Buses are also available but are not recommended. The bus fare of 1,200 yen is nearly that of the Sky Limited Express, and the trip takes nearly three times as long. One advantage of the buses is that they stop at major hotels along the route.