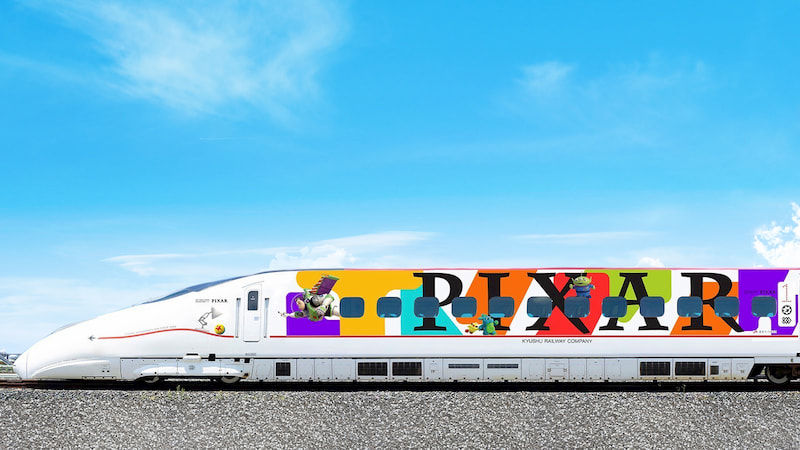 If you were in Kyushu, Japan’s southernmost island, in 2020, you had the chance to see a special commorative Pixar bullet train!

The Go! Waku Waku Adventure with Pixar project marked the 25th anniversary of Toy Story, the family classic that introduced us to Woody, Mr. Potato Head, and of course Buzz Lightyear.

The adventure began at Hakata Station, Fukuoka, on September 12th, 2020 bound for Kumamoto and Kagoshima Chuo. Passengers on this introductory trip were awarded a commemorative certificate and original flag. 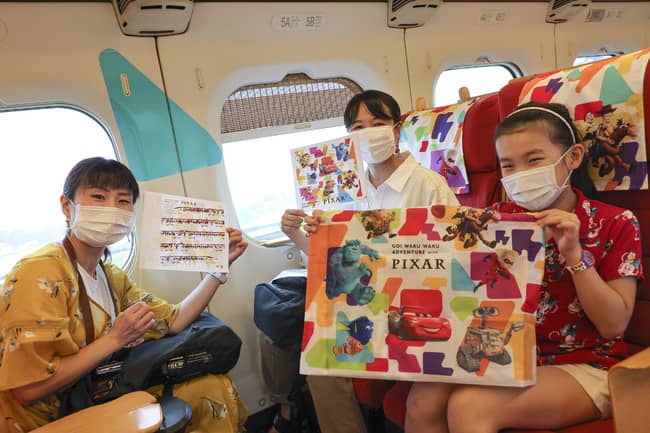 Although the Pixar bullet train is no longer in operation, you can use your Japan Rail Pass, on any Kyushu Shinkansen!

Designed to Celebrate Kyushu and Pixar

The Pixar Shinkansen bullet train boasted a colorful design both inside and out: bright patterns represented the prefectures of Kyushu and together formed a map of the island. 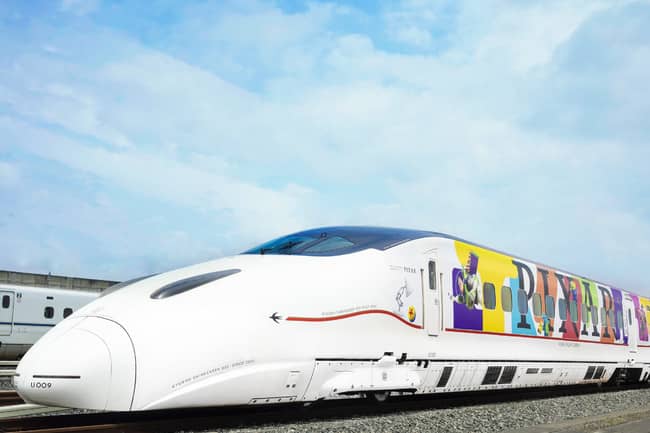 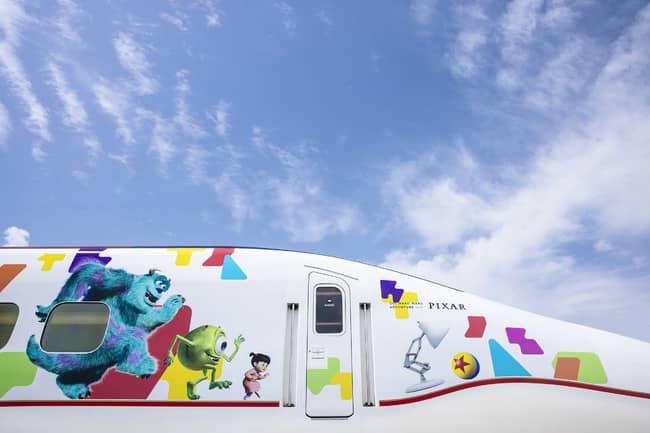 Aboard the train passengers were welcomed by more treasured Pixar characters such as  Nemo, Dory, and Wall-E which decorated the seat covers.

Since the release of Toy Story in 1995, Pixar Animation Studios has gone on to create critically acclaimed movies including Cars, Monsters Inc., A Bugs Life, Up, and Inside Out.

Some of the studio’s releases in recent years include Soul, Luca, Turning Red, and the Toy Story spin-off Lightyear.

The Pixar bullet train commemorated this legacy just as the 2019 Go! Waku Waku Trip with Mickey Shinkansen was inspired by Disney’s most iconic mascot. Both experiences added extra fun and excitement to high-speed train travel in Japan.

As the train debuted during the height of the pandemic, COVID-19 measures were taken to protect the health of passengers and crew including the use of masks and thorough disinfection of carriages between journeys.