You’ve got three days – three days to tour the second largest city in Japan. What should you see first? Can you taste the best that Osaka has to offer in just two or three days? With the help of this travel guide, yes you can. We’ll help you hit the highlights and provide helpful information along the way.

You’ll likely arrive in the city at either Osaka Station or Shin-Osaka Station, especially if you are enjoying the ease and affordability of the Japan Rail Pass. Choose a hotel in a central location, with easy access to a train station – for example, one of the hotels in or around Osaka Station City. Once you are comfortably settled into your home away from home, your adventure is ready to begin. 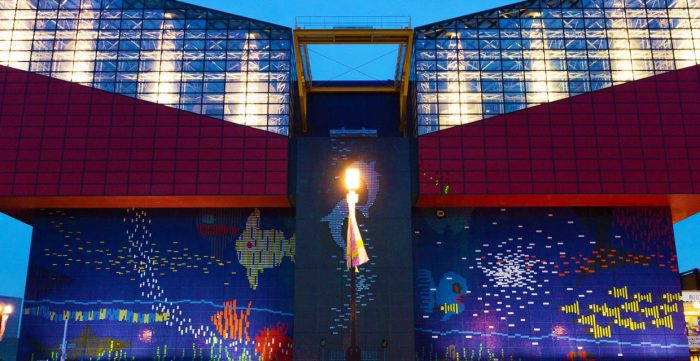 Fifteen tanks occupy eight floors, some stretching across multiple floors. As you descend, you will spiral around the large central tank, which is home to a full-grown whale shark – an impressive animal the size of a city bus.

The aquarium opens at 10 a.m., so you can sleep in a little (if you want) and still get a relatively early start. Admission is ¥2,300. Most visitors spend at least 3 hours in the aquarium.

How to get there: From Osaka Station, take the Osaka Loop Line to Bentencho Station. Then, take the Chuo line to Osakako Station. The Osaka Aquarium Kaiyukan is about a 10-minute walk from the station.

After a few hours of appreciating the beauty of ocean life, you may be ready to appreciate their flavor. A number of restaurants are located just outside the aquarium, including those that specialize in squid and other seafood. Starbucks, Baskin Robins, and a ramen restaurant can also be found nearby.

Bonus: Check out our guide on the best aquariums in Japan! 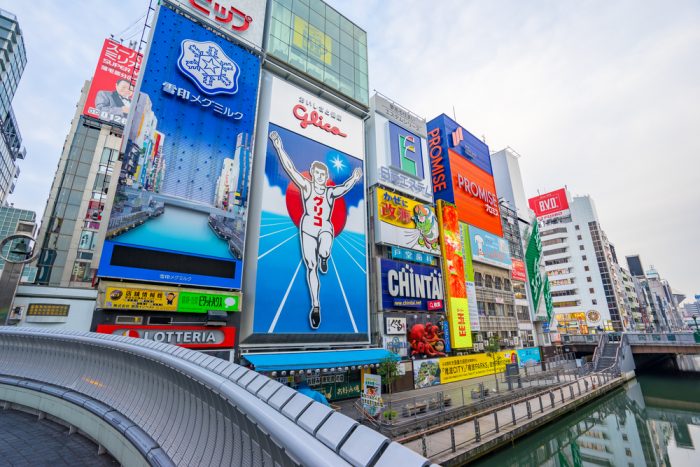 Before heading back to your hotel for the night, you may wish to stop by Osaka’s famous entertainment district, the Dotonbori, where travelers can experience the local nightlife with restaurants, amusement facilities and shopping centers open 24 hours.

Here’s where you will be able to walk by the promenades on both sides of the Dotonbori-gawa Canal and see its amazing advertisements and neon signs, including the famous Glico Man. Last but not least, the Hozen-ji Temple on fhe first street to the south offers a gate out of the modern world and into the past of Osaka.

How to get there: From Osakako Station, take the Chuo Line to Kujo Station. Then, take the Hanshin-Namba Line to Namba Station. The Dotonbori is about a 5-minute walk from the station.

Bonus: Check out our guide on how to get around Osaka! 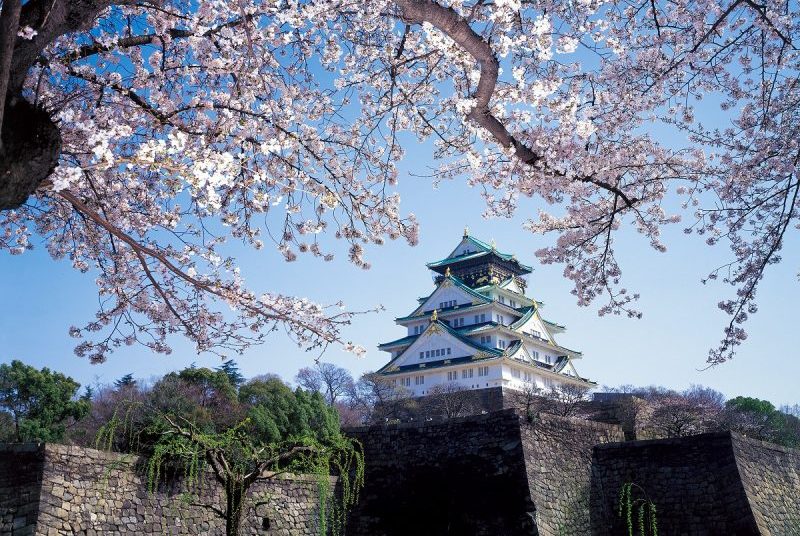 Osaka Castle is one of the most striking castle structures in Japan. The enormous white edifice is a 1930s reconstruction of a historic castle from 1583. The building houses a modern museum, an elevator for ease of access, and the Nishinomaru Garden. It is one of the most popular cherry blossom viewing spots in the city.

How to get there: From Osaka Station, take the JR Loop Line to Osakajokoen Station. The castle is open daily from 9 a.m. to 5 p.m., and admission is ¥600. Admission to the garden is ¥200.

Bonus: Check out our guide on the best castles in Japan! 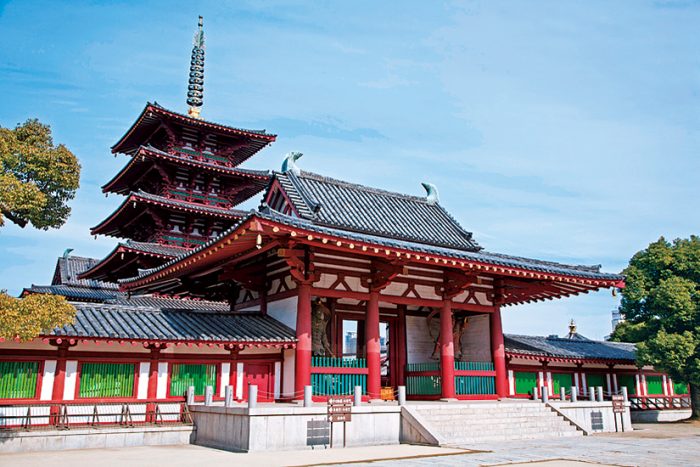 After a walk around the castle, consider a visit to Osaka’s numerous shrines and temples. Nearest the station are the Isshin-ji, a classic twelfth-century Buddhist temple, and Shitennoji, a Buddhist temple dating to the year 593 A.D.

A further walk will take you to the Sumiyoshi Taisha Grand Shrine is one of the oldest in Japan, built in the third century. You can view four main halls, as well as the picturesque Sorihashi Bridge.

How to get there: From Osakajokoen Station, take the Osaka Loop Line to Tennoji Station. The Shrines and temples are within walking distance of the station.

Bonus: Check out our guide on the best temples in Japan! 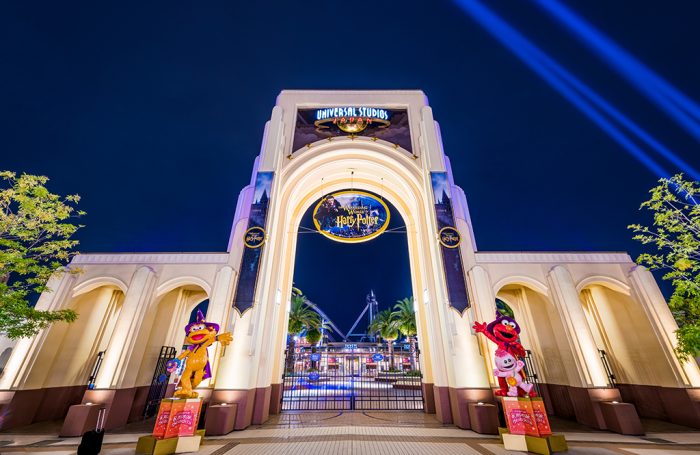 After the educational nature of castles and temples, the young and young at heart may desire to delve into the fictional world of Universal Studios Japan.

How to get there: From Osaka Station, take the JR Sakurajima Line, also called the JR Yumesaki Line, to Universal City Station. The park is less than a five-minute walk from the station.

If you arrive at Osaka Station City a few hours in advance of your departure, you’ll be able to squeeze in one last diversion – shopping in the station’s plentiful stores, and relaxing at the rooftop gardens.

Bonus: Check out our guide on the best theme parks in Japan!

If you have always wanted to ride a massive red Ferris wheel on the top of a skyscraper in Japan – this is the place for you.

Apart from an adventurous experience, Hep Five is a 10-story high shopping mall and entertainment center. You will find restaurants, European and Japanese fashion stores, including game centers (7th floor) where many of the local visitors love to gather and play.

To top it all after a long and tiring walk, go to the last floor and take a ride on the big red Ferris wheel – a romantic experience, preferred by many couples after sundown.

Bonus: Don’t miss either Umeda Sky Building and its “Floating Garden Observatory” on the 39th floor. Take its glass elevator and enjoy its modern architecture and breathtaking panoramic views of Osaka!

Will you get to see it all during your time in Osaka? If not, don’t worry. Simply take note of what you’d like to see and do on your next trip to Osaka.