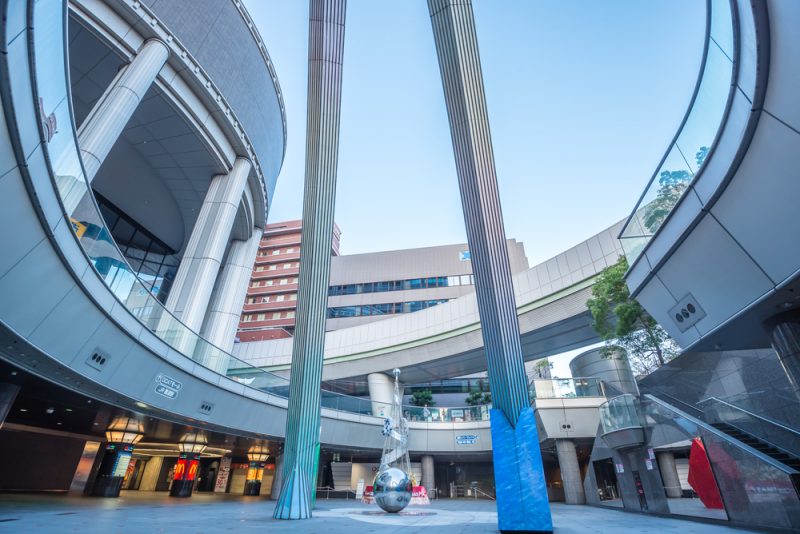 Located in south-central Osaka, Namba is one of the city’s most famous neighborhoods. At the heart of the city, Namba pulses with a life uniquely its own. It is an entertainment district with an abundance of shops and restaurants.

Your JR Pass is an excellent way to get around Osaka. If traveling to Namba or downtown Osaka, consider using the following guidelines.

Shinkansen lines cannot be accessed directly from JR Namba Station. To board the Shinkansen bullet trains, you will first need to travel to Shin-Osaka Station.

If you need to transfer to a train running on a non-JR line, each of these stations is about a 10-minute walk from the JR Namba Station.

The JR Namba Station is smaller than other JR stations, containing only four tracks and two platforms. It is located in the Osaka City Air Terminal (OCAT) building, and the door for street-level entry is small and nondescript. JR Namba Station is connected to the other train stations via an underground pathway.

From JR Namba Station, you will also have access to the express bus terminal and limousine buses bound for the Kansai and Itami airports.

Things to do around Namba Station 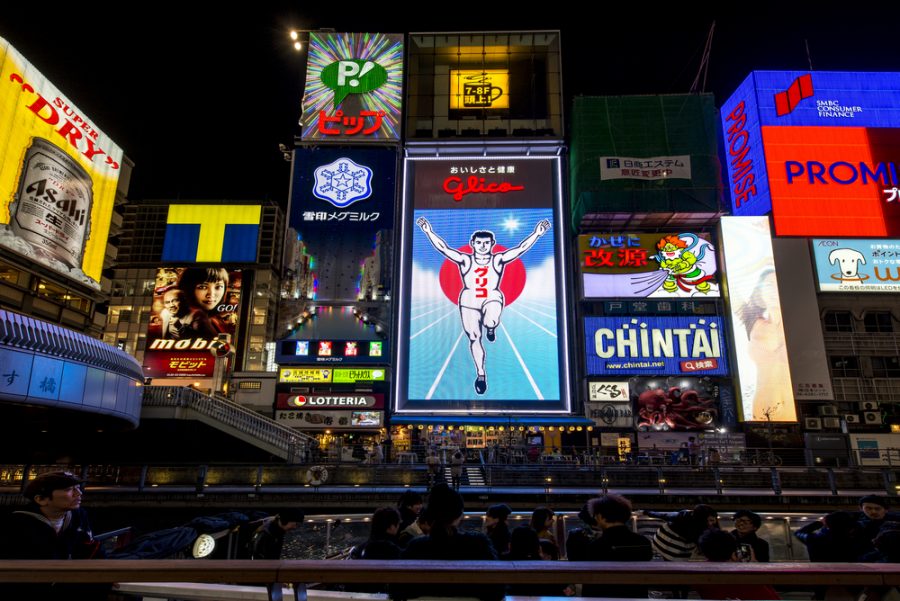 The OCAT building, of which the JR Namba Station is a part, resides in the quiet western portion of Namba. It is also home to a shopping complex with six floors of shops and an express bus terminal. OCAT hosts musical performances, and its Ponte Square is a venue for street dance competitions each August.

North of the station is Dotonbori, a shopping district, foodie’s paradise, and nightlife entertainment district. Many of its shops and restaurants are open 24 hours a day, and the area is famous for its mechanized neon signs.

Other shopping areas include the Shinsaibashi Shopping Arcade, Amerikamura shopping district, Den Den Town, and Namba Parks. The later is designed to resemble a natural stone canyon, “to be a break of nature amidst the sprawling urban landscape.”

Other nearby points of interest include the National Bunraku and Shochikuza Theaters, featuring bunraku puppets and kabuki theater performances, respectively; Hozenji Temple and Hozenji Yokocho Alley, which is lined with traditional restaurants; and the Kamigata Ukiyoe Museum, with its rooftop wild rice field.

How will you spend your days in Namba, in the heart of Osaka? The choice is yours, but with your JR Pass in hand, it is certain to be a vacation to remember.

2 thoughts on “Namba Station: Trains, transfers and getting around”