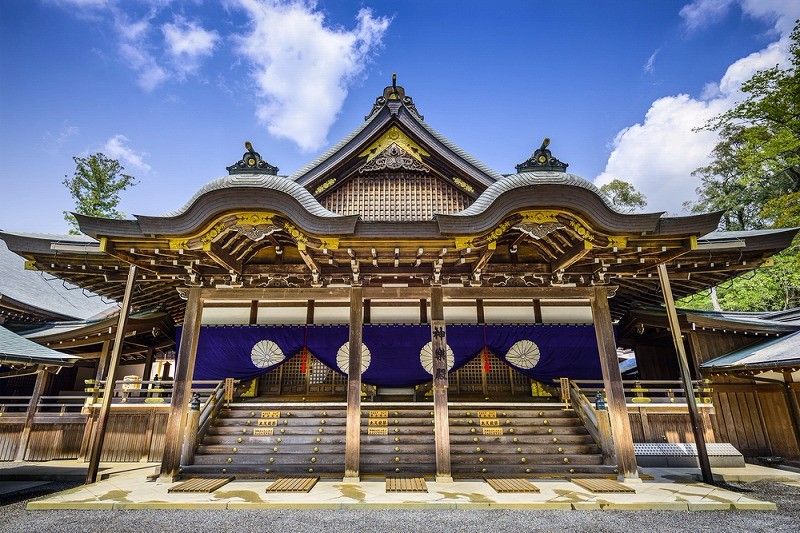 Japan is well known for its rich culture and preservation of history. Shrines and temples are located all over Japan’s islands, large and small. The most sacred shrines of the Shinto religion are located on the Shima Peninsula. These shrines, the Ise Shrines, are nestled in the heart of a popular leisure and resort destination.

Its area holds something for every traveler, from religious pilgrimages to exciting theme parks. In fact, the entire peninsula is regarded as a national park, with stunning vistas and peaceful forests.

How to get to Ise Shrine

From Tokyo to Ise Shima. From Tokyo, take the JR Tokaido Shinkansen Line to Nagoya, using either the Hikari or Kodama trains. The trip will last 110 minutes to three hours, respectively. From Nagoya, take the rapid train to Iseshi Station as described below.

From Kyoto to Ise Shima. From Kyoto Station, take the JR Tokaido Shinkansen to Nagoya. The duration of the trip ranges from 35 to 55 minutes, and several trains depart per hour. From Nagoya, take the rapid train to Iseshi Station as described below.

From Osaka to Ise Shima. From Shin-Osaka Station, take the JR Tokaido Shinkansen to Nagoya. The trip will last between 50 and 70 minutes, and several trains depart each hour. From Nagoya, take the rapid train to Iseshi Station as described below.

How to go from Nagoya to Ise Shrine

From Nagoya Station, take the Mie rapid train to Iseshi Station. One train departs per hour, and the journey takes about 90 minutes. Because the train uses some non-JR tracks, Japan Rail Pass holders may be asked to pay a supplemental fee.

Getting around Ise and the surrounding area

When traveling with your JR pass, you will arrive at Iseshi Station. The Outer Shrine is located only five to ten minutes from the station on foot. For JR Pass holders, the JR Sangu Line covers a portion of the peninsula, providing access to Toba and its aquatic attractions. The Kintetsu Railway serves the central and southern areas.

Buses and rental cars are available to reach the shrines and other locations, but some walking is still required. For instance, in order to reach the Inner Shrine, visitors must cross the Uji footbridge. Both shrines contain gravel footpaths.

What to see in Ise

Many visitors to Ise City wish to experience the spiritual history of the area. Several sites are therefore a must-see. The traditional path of approach to the Inner Shrine is called Oharaimachi. The road is lined with shops and restaurants housed in traditional style buildings. One area, the Okage Yokocho, recreates an entire townscape.

The wooden Inner Shrine, called Naiku or Kotai Jinju in Japanese, was established more than 2,000 years ago, but its buildings are rebuilt every 20 years as per an ancient tradition to ritually celebrate renewal.

It is Japan’s most sacred location and shrine to the sun goddess Amaterasu Omikami. Granaries, shrines to wind deities, and other buildings are also located on the premises.

The Outer Shrine, or Geku, is located several kilometers from the Inner Shrine. It is devoted to Toyouke, the goddess of necessities such as shelter, clothing, and food. This shrine is around 1,500 years old. The Sengukan Museum is located on the shrine grounds.

Other points of interest

Hundreds of smaller shrines dot the area, but some are of special interest. The Meoto Iwa, or Wedded Rocks, is one such location. The larger of the two ocean-bound rocks represents the husband; the smaller, the wife. Three times each year, the shimenawa rope connecting the rocks is replaced ceremonially. During the summer, the sun can be seen rising between the rocks in the morning, and when visibility is especially good, one can glimpse Mt. Fuji in the distance.

Another nearby museum is the Hinjitsukan, formerly a guesthouse used by important visitors to the shrines. Other attractions include the Toba Aquarium, housing fish, sea lions, reptiles, and other animals. From the aquarium, the Mikimoto Pearl Island can be reached via a bridge. The island contains a museum dedicated to the cultivation of pearls, and hourly performances are held by the “sea women,” or pearl divers.

Children in your travel group will enjoy the Spain Mura or Shima Spain Village, a Spanish themed amusement park featuring roller coasters and other rides. The Edo Wonderland Ise is another amusement park themed as a historic Japanese castle town, complete with ninjas, geishas, and samurais.

What will you choose to explore when you visit the Shima Peninsula? Whether you are seeking enlightenment, enjoyment of the natural world, or amusement park thrill rides, Shima and Ise hold something for every traveler.