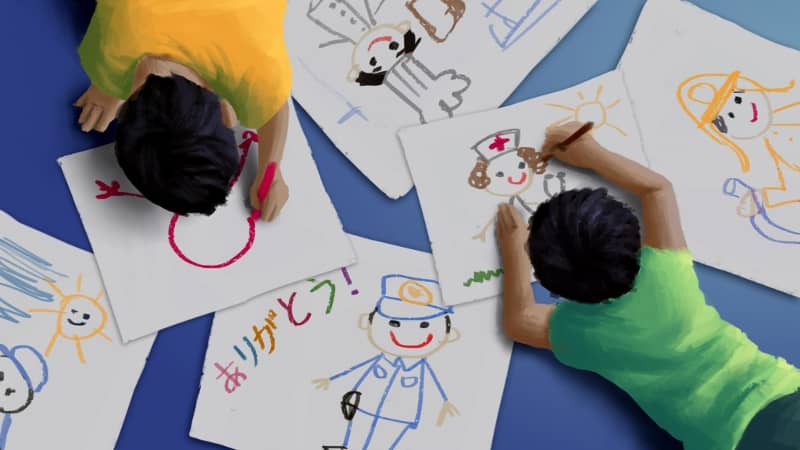 Although you might already be aware that the holiday is celebrated across the world in territories as diverse as the United States, Brazil, Canada, Liberia, and Puerto Rico, you may not know that there is also a Thanksgiving in Japan.

If you’re planning to travel around Japan in November using the JR Pass, you may first want to brush up on this traditional national holiday and whether you can expect to be served turkey at a Japanese Thanksgiving dinner.

What is Thanksgiving called in Japan?

Unlike US Thanksgiving, which is celebrated on the third Thursday of November no matter the date, Japanese Thanksgiving always falls on the 23rd of November, or, if this is a Sunday, the following Monday.

Also unlike the American celebration, Japanese Thanksgiving is not a religious-based holiday. Instead, it is a public national holiday that honors the hard work of laborers, more akin to US Labor Day.

Because of this, one of the most notable events that take place on the day is the Nagano Labor Festival, an event that encourages discussion about issues such as the environment and human rights.

Many trade unions in Japan also celebrate Labor Day on May 1st by holding large rallies in Tokyo, Osaka, and Nagoya.

The history of Thanksgiving in Japan

The origins of Labor Thanksgiving Day stretch back over 2,000 years to when rice first began to be cultivated in Japan and it was an ancient Autumn Harvest Festival named Niinamesai.

The first recorded Niinamesai ritual dates to the years 660–585 BC, when the legendary Emperor Jimmu ruled Japan and was used to celebrate the autumn harvest of rice, wheat, barley, and beans.

Later, between 667–686 AD, Niinamesai became more associated with celebrating the hard work of the year so far, and the reigning Emperor, Tenmu, would hold a special ceremony in which he tasted the year’s rice for the first time.

The day was not established as Kinro Kansha no Hi until after World War II in 1948, when it was redesignated as Labor Thanksgiving Day to reflect important changes in the Constitution of Japan, especially the expansion of worker’s rights.

How do Japanese celebrate Thanksgiving?

While Thanksgiving in the United States is celebrated with enormous parades, huge sports games, and tons of food, in Japan the day is generally a quiet public holiday and celebrated with a family trip to a green space or amusement park, followed by a modest dinner.

Unlike in the US during Thanksgiving, most businesses in Japan remain open during the day, although many workers take the day off to attend labor organization meetings.

One of the biggest traditions of Japanese Thanksgiving is for elementary school-age children to make cards or prepare gifts to give to workers in the labor sector, including police officers, firefighters, and hospital staff, to celebrate their dedication during the year.

What do they eat in Japan for Thanksgiving?

Although Thanksgiving dinner in Japan is not as big a deal as in the USA, and typically they don’t eat turkey on the day, the Japanese do still have a common traditional meal of fish, rice, and tea with their close family.

If you’re an American visiting Japan during Thanksgiving and craving the traditional US fare, you can still find turkey dinners at international hotels or American-friendly restaurants in major cities like Osaka and Tokyo.

If in Tokyo, you might also opt to buy a turkey yourself at one of the many international markets and delicatessens in the city and hold your own US-style Thanksgiving Dinner.

Other traditional holidays in Japan

While Thanksgiving is not the biggest national holiday in Japan, there are plenty of other festivities throughout the year to enjoy when visiting the country.

Some of the most important celebrations in Japan include:

Those planning to visit Japan during Golden Week should be aware that this busy holiday period is almost the opposite of the quiet Japanese Thanksgiving celebrations, and public transportation is often very busy. Therefore, it’s essential to make any seat reservations in advance.