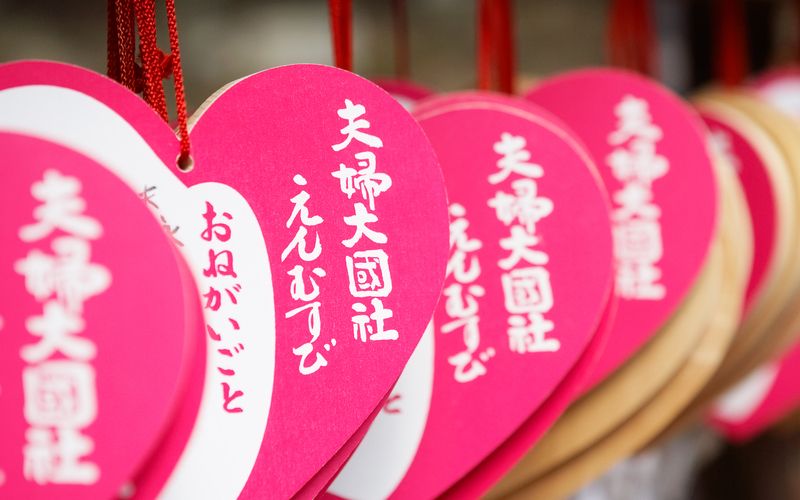 In the West, Valentine’s Day is well established as an opportunity to confess love to that one special person in your life and shower them with affection, which usually means showering them with gifts or planning to take them on the perfect date. It is usually the man who is expected to do the heavy lifting and buy their girl an assortment of candy-colored goodies to express their love and celebrate the special day.

Valentine’s Day in Japan goes down a little differently: men are usually expected to do very little on February 14th and it is the women who are expected to be the principal gift-giver. Not just to their partner, but also to men with who they share any kind of significant relationship.

Another big difference is the kind of gift given: while cards, flowers, jewelry or expensive dinners are all considered fair game for Valentine’s Day in many countries, there is only one acceptable option in Japan: lots and lots of chocolate.

However, just because men don’t have to spend money on Valentine’s Day doesn’t mean they get away with not reciprocating for the rest of the year. Read on to find out how Valentine’s customs work in Japan and the day when men are expected to give back.

How do they celebrate Valentine’s Day in Japan?

Although a relatively new holiday in the country, Japan has already developed its own unique traditions and customs for Valentine’s Day, which can be traced back to confectionary ads aimed at foreign citizens in the 1930s.

Japanese confectionery manufacturers soon saw the potential for the holiday among local consumers and began marketing heart-shaped chocolates as a way for women to express‘ ‘kokuhaku’ (the act of confessing feelings), something that was considered taboo at the time.

Soon the tradition caught on, and many even credit the introduction of the custom as a turning point in the way that Japanese men and women interact with each other.

It also became hugely profitable for chocolate sellers and department stores, who began to develop increasingly elaborate Valentine’s displays to draw in the customers.

Those who visit modern Tokyo with the Japan Rail Pass in the run-up to Valentine’s Day will be able to see how far this custom has developed since a huge variety of stores now overflow with colorful displays and elaborately flavored and packaged chocolates.

It is also a popular option for women to gift homemade chocolate instead of store-bought candy, and many shops offer a variety of chocolate-making supplies in February for a more personal gift.

Japanese women are expected to gift the following chocolate on Valentine’s Day depending on the kind of relationship they have with the recipient:

White Day was not actually established until the 1980s, when the Japanese National Confectionery Industry Association successfully campaigned to implement a ‘reply day’ for men to reciprocate the presents they received from women on St. Valentine’s.

The day was so named because the color white is considered a symbol of purity and is closely associated with an innocent kind of teen love in Japanese culture.

On White Day, men are expected to present girls with gifts roughly two or three times the value of what they received a month earlier.

If the man does not return any gifts at all, it is considered a disdainful spurn, while simply giving the equivalent amount of chocolate they received is perceived as a sign that they wish to cut the relationship.

Although it has become traditional for girls to give chocolates on Valentine’s Day and boys to reciprocate on White Day, many Japanese woman have recently been pushing back against what they see as a stressful practice of ‘forced giving’.

The unease is mostly directed towards the practice of giving Giri-choco, as women often feel immense pressure to spend thousands of yen on chocolate to avoid offending bosses and co-workers. In response, many companies in Japan have banned the practice to minimize perceived harassment.

Instead of feeling the pressure to partake in giving Giri-choco, many Japanese women have said they are now more likely to gift themselves Jibun-choco, gift Tomo-choco to family and female friends, or gift homemade Honmei-choco to a significant other.

Perhaps to express solidarity, an increasing number of Japanese men are also opting to forego the expected White Day gifts and instead give spouses, girlfriends or crushes Gyaku-choco on Valentine’s Day instead.