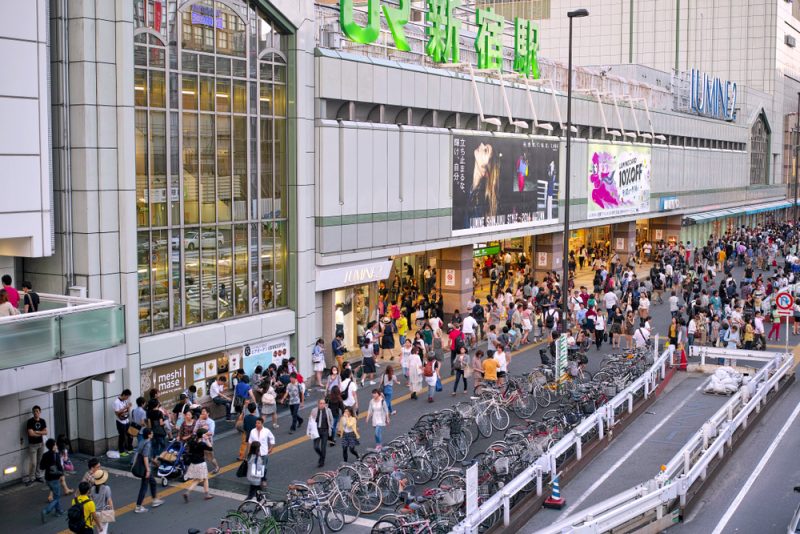 Shinanomachi Station in Tokyo’s Shinjuku special ward first opened its doors in 1894. In 2015, the station was serving over 25,000 passengers daily. While currently closed, the station will help ferry visitors to the Tokyo Olympic Stadium during the 2021 Olympic games.

Shinanomachi Station is operated by JR East. It is served by only one line, the Chuo-Sobu Line. You can use your Japan Rail Pass on this line, which crosses through the Yamanote Loop Line.

Shinanomachi Station has one island platform serving two tracks. One side connects to Shinjuku, Nakano, and Mitaka Stations, the other to Ochanomizu, Akihabara, and Chiba Stations.

How to Get to Shinanomachi Station

Shinanomachi Station is located on the Chuo-Sobu Line in Tokyo’s Shinjuku special ward. Its adjacent stations are Sandagaya Station and Yotsuya Station. It is located within the bounds of the Yamanote Loop Line.

How to Get There from Tokyo Station

Use your JR Pass to take the Local Takao train on the Chuo Line to Shinanomachi Station. The train makes seven stops and the trip will take about 13 minutes.

How to Get There from Shinjuku Station

Use your JR Pass to take the Local Tokyo train on the Chuo Line to Shinanomachi Station. The train makes three stops and the trip should take about five minutes.

And if you are coming from Shibuya Station, it’s just 10 minutsyou should first take the Yamanote to Yoyogi (1 stop), then take the Chuo to Shinanomachi (1 stop).

Things to Do Near Shinanomachi Station

Keio University Medical School Hospital is also in the area. Keio is the oldest modern institute of higher education in the country. Nearby are the offices of the Seikyo Shimbun, one of Japan’s largest daily newspapers.

Attractions near Shinanomachi Station include the Meiji Jingu Stadium, home of the Tokyo Yakult Swallows professional baseball team, the Chichibunomiya Rugby Stadium, and the Min-On Music Museum. The Niko Niko Park children’s adventure playground is located 200 meters east of the station, and the outer garden of the Meiji Shrine is nearby. During the summer months, the garden hosts the popular Forest Beer Garden.