The Japan Railway West Co., better known as JR West, debuted a Hello Kitty bullet train service on its Sanyo Shinkansen line on June 2018. At the moment, like other special shinkansen trains before, it seems that this train will run for a limited time, for now it’s not known until when but, according to JR West, it will be announced 4-months a time.

This exciting train boasts Hello Kitty’s iconic red ribbon as the main theme, as a way to represent the strengthening of the ties between the Shinkansen services and the western part of the country. The best part? It’s included in your JR Pass!

Following the big hit character Evangelion train, which ran from late 2015 until May 2022, the Hello Kitty-themed bullet train has proven to be a worthy successor.

The adorable train provides a Kodama service on the Sanyo Shinkansen line, which connects the western cities of Osaka and Fukuoka.

The train makes stops at each station between Shin-Osaka and Hakata Station in western Japan’s Fukuoka prefecture, including Kobe, Okayama, and Hiroshima, and has some unique features.

The first two cars are decked out in full Hello Kitty adorable fashion, with motifs from the famous Sanrio character and her friends and even a photo booth!

The first car, called Hello! Plaza, does not have any passenger seats. Instead, it showcases local specialities, delicacies, and souvenirs from the regions in the new JR West’s line.

The second car named Kawaii! Room is a passenger car covered from top to bottom with the popular Sanrio feline character and her friends, featuring a Hello Kitty doll in Shinkansen uniform.

Additionally, instead of the usual Shinkansen jingle, the train rings the original Hello Kitty theme tune as it approaches the stations!

JR West is highlighting every region along the new bullet train’s itinerary. They’ve released eight original Hello Kitty designs holding a local delicacy from each of the places the train stops, like a green apple for Tottori prefecture, a strawberry for Fukuoka, and a black shell for Shimane prefecture.

The first region to be highlighted was Sanin, home to the Shimane and Tottori prefectures. Osaka, Hyogo, Okayama, Hiroshima, Yamaguchi and Fukuoka soon followed. In Okayama Station, you can even get your Hello Kitty ekiben (shinkansen-shaped take away box)!

How to ride the Hello Kitty bullet train

The Hello Kitty Shinkansen is included with your JR Pass, so you can ride it for free as any Kodama shinkansen service. Though it is not necessary, we strongly advise you to reserve your seat, since chances are high it will be packed for the duration of its run.

If you wish to ride on the very special train, especially car 2 Kawaii! Room, don’t forget to reserve your seat at any JR Office. The train numbers are Kodama 840 (Hakata to Shin-Osaka) and Kodama 851 (Shin-Osaka to Hakata).

Please find below the Hello Kitty Shinkansen daily schedule (with train number) and all the stops and stations so you can plan your trip to purrrfection!

The Hello Kitty Shinkansen will be also operating in 2022 and 2023 so check out the operating days calendar before your trip to ensure your Hello Kitty experience! In the following calendar you will find the operation days with a pink ribbon. 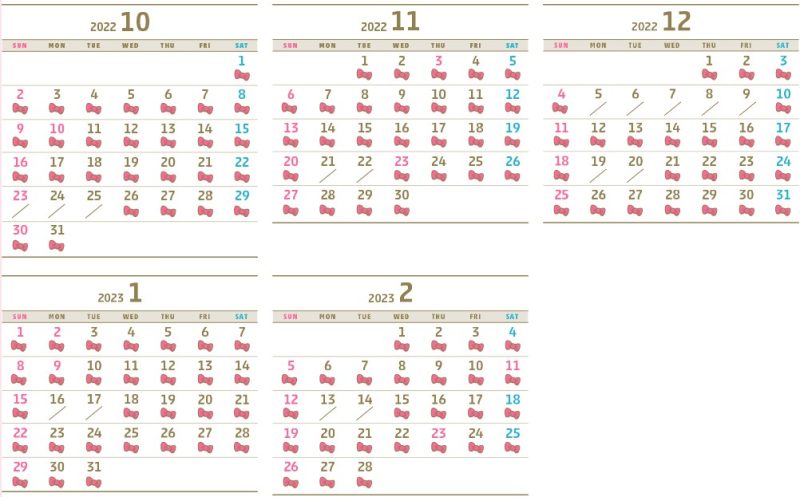