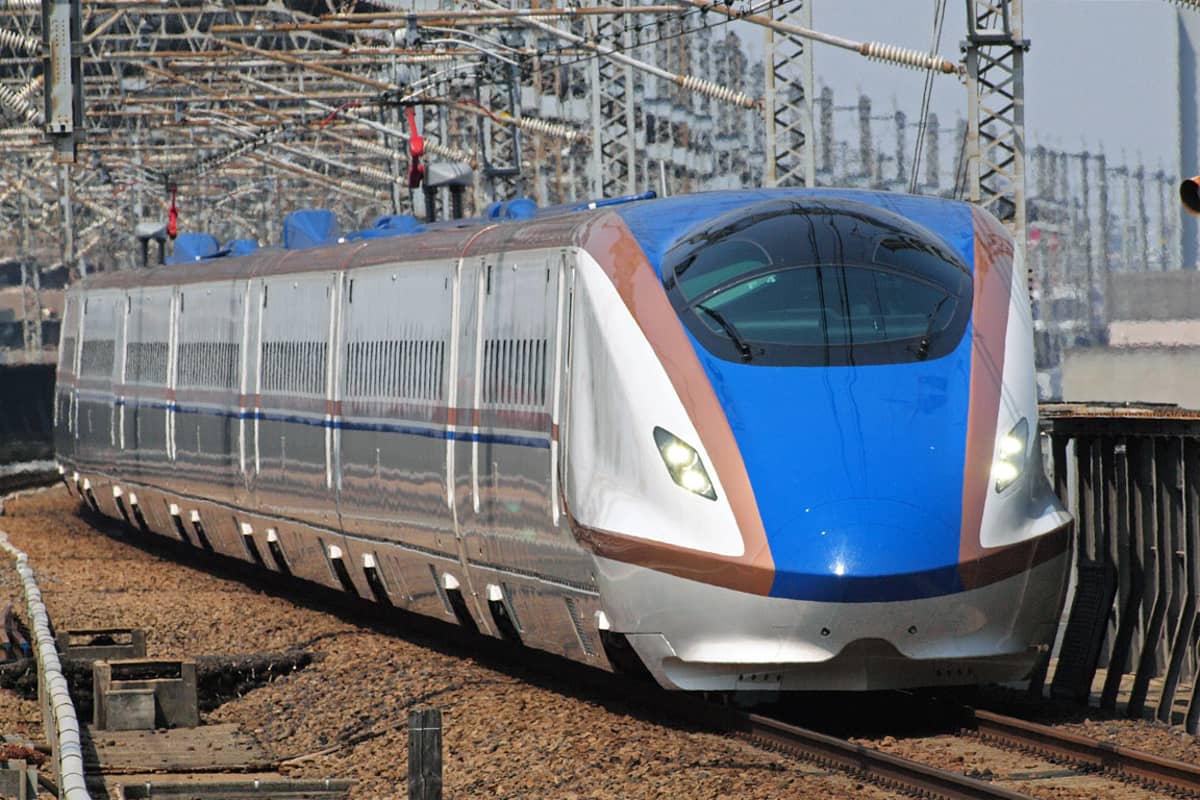 As part of its Change 2027 program, JR East has announced that it will conduct a series of driverless Shinkansen test runs in late 2021, using a 12-car E7-series bullet train.

The 5-kilometer trial runs, which will take place in October and November in Niigata Prefecture northwest of Tokyo, are intended to collect data that can support JR East’s long-term plan to introduce driverless Shinkansen trains on its rail network.

Where the tests will take place

President of JR East Yuji Fukasawa confirmed that the tests will take place on the northernmost section of the Joetsu Shinkansen Line, which is not used by commercial traffic. This 5km-long section runs from Niigata station to the stock depot at Higashi-Niigata.

Although a time frame for implementing the driverless trains after the tests has not yet been announced, JR East is eager to introduce the automated Shinkansen as soon as possible to combat expected labor shortages, improve safety, and reduce human errors.

JR East has allocated an estimated budget of 200 million yen for the trials. The rail operator previously conducted similar tests on Tokyo‘s Yamanote Line, as well as with the “Alfa-X” prototype Shinkansen train.

At a press conference in Tokyo, Fukasawa added that the E7-series trains will be used to carry out the tests. This model of Shinkansen has been in operation on Japan’s rail network since 2014.

E7 series trains are based on the earlier E2 Shinkansen series, and combine futuristic and traditional design elements to give a distinctly “Japanese” feel both inside and out. The external roof is painted in a sky-blue color, while the sides are ivory white with copper and sky-blue lining.

Although E7s do not reach the maximum Shinkansen speed of 275 per hour or the top Maglev train speed of 375 miles per hour, these trains still have a top speed of 260 km per hour.

Along with the standard and green cars present on Shinkansen, E7s also include one Gran Class Car for luxurious first-class travel. Gran Class cars offer travelers spacious seating and personalized attention by a host or hostess and are fully equipped with the latest technology.

E7 series trains are currently operated by drivers in central and eastern Japan, but will be remotely piloted for the trials. However, drivers will still be aboard in case any emergencies need to be resolved manually.

Aspects evaluated on the e-7 tests

The driverless Shinkansen tests on the Joetsu Line will evaluate 4 aspects of automatic train operation:

The tests will also assess whether high-definition video can be transmitted on the trains using local 5G new-generation telecoms networks and potentially be used on the national rail network in the future. These fast connectively tests are expected to cost an additional 80 million yen.

In January 2020, the first driverless high-speed train was introduced in China to link the cities of Beijing and Zhangjiakou for the upcoming Beijing 2022 Winter Olympics.