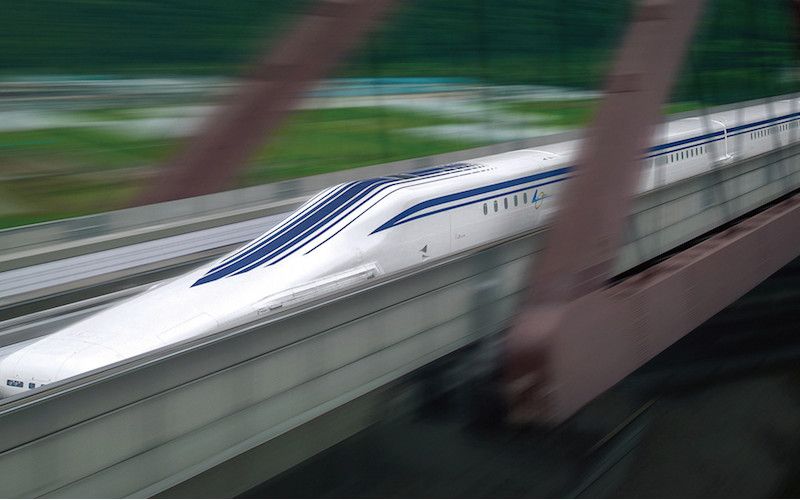 The fastest way to get around Japan is to use the Shinkansen high-speed train lines which cover practically all of the country as part of the Japan Railways (JR) network. There are currently 9 different Shinkansen lines which can take you to different parts of Japan and can be accessed with the Japan Rail Pass. The most popular line is the Tokaido Shinkansen, which connects the Japanese capital with Osaka in the South.

In addition to being the oldest high-speed train line in the world, the Tokaido Shinkansen is also one of the most heavily used. Accordingly, the Japanese government has begun construction on a new maglev train line to ease congestion that will eventually connect Tokyo and Osaka: the Chuo Shinkansen.

Using revolutionary Superconducting Maglev (SCMAGLEV) technology, the new line will first connect Toyko to Nagoya, the capital of Japan’s Aichi Prefecture, in under 40 minutes. Upon completion, the Chuo Shinkansen is expected to connect Toyko to Osaka in around 67 minutes, at a maximum speed of 314 mph (505 km/h).

Once operational, it will be possible to use the Japan Rail Pass to travel on the Chuo Shinkansen maglev, as well as the 9 existing Shinkansen bullet train lines.

The Chuo Shinkansen project was initiated by Japan Airlines and the now-defunct Japanese National Railways before the facilities and research were taken over by the Central Japan Railway Company. The Japanese government gave permission to proceed with construction of the line in May 2011, with a budget of over ¥9 trillion, and construction began in 2014.

Almost 90% of the 286-kilometer line to Nagoya will be built through tunnels or underground. The line is being built by first expanding upon an existing maglev line: the Yamanashi test track, which was initially established for maglev research and development in the 1970s.

After the opening of the Tokaido Shinkansen between 1964, Japanese National Railways began experimenting with developing faster maglev technology, leading to the creation of an 18.4-kilometer test track in Yamanashi Prefecture. The high speeds (over 500 km/h) achieved on the test track opened the doors for the later development of the Chuo Shinkansen line.

In 2013, the track was extended a further 25 kilometers along the planned route of the Chuo Shinkansen, and researchers began testing the top speeds the line was capable of. The track was able to set the world record for the fastest manned train, almost doubling the speed of the fastest bullet train, and was opened to the public via lottery selection in 2014.

The Nagoya–Osaka extension of the Chuo Shinkansen was originally planned to be completed by 2045. However, the government has pledged to speed up progress on the line and secured extra funding to expedite the process. The Osaka extension is now scheduled to open in 2037.

The project is currently in the stage of environmental assessment to ensure the track is as close as possible to a straight line to maximize the maglev’s capabilities. Research is also currently being made into suitable locations for stations. Work on the Osaka extension is due to begin immediately after the opening of the Shinagawa – Nagoya section.

The Chuo Shinkansen line was initially only going to connect Osaka with Shinagawa Station, Tokyo. However, the plans were soon amended to include an extension to Tokyo city center.

The creation of a short underground route to central Tokyo from Shinagawa was approved in 2017 and will make Tokyo Station the terminus of the route. This will make it easier for travelers to catch connections to other parts of Japan, as Tokyo Station is the terminus for all of the Shinkansen high-speed lines in the Japanese capital.

The completed line of the Chuo Shinkansen will run from Tokyo to Nagoya to Osaka, with several stops in provinces along the route. Work has already begun on two of the major stations on the route, the Shinagawa Station in Tokyo and the Nagoya station.

The other confirmed stations along the Toyko-Nagoya line will be:

The construction status of much of the Chuo Shinkansen project is still in the early stages, although much progress has already been made. Construction has already begun on the maglev station at Shinagawa, which will consist of 4 tracks and 2 platforms. However, as it is being built beneath the existing Shinkansen station, construction will take an estimated 10 years to fully complete, so as not to disrupt current train services. 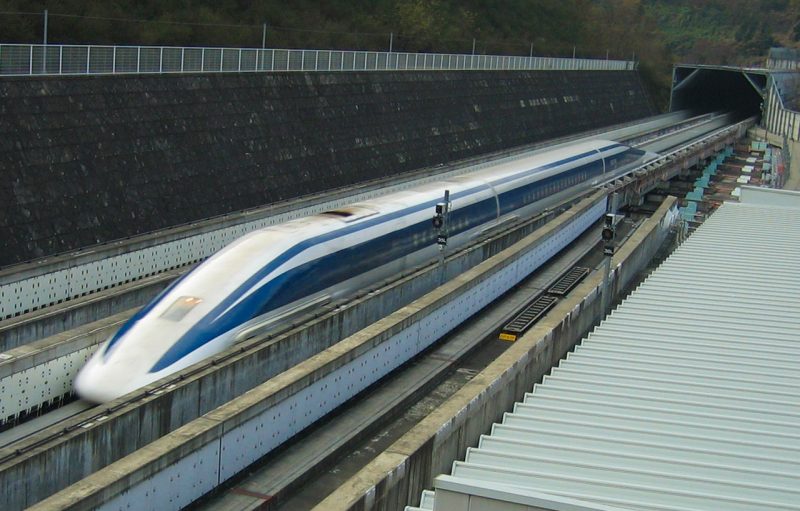 Construction work has also begun on some of the extensive tunnels that the line will require, including a 25-kilometer tunnel under the southern Japanese Alps, which is expected to be the deepest tunnel in Japan upon completion. Plans for a 7km tunnel in Yamanashi and Shizuoka have also been announced. Both tunnels are expected to be completed by 2025.

The Toyko to Nagoya stretch of the maglev line is projected to open in 2027, with commercial service beginning in the same year. The Nagoya–Osaka extension is now estimated to open in 2037, following the boost provided by the additional financial support.