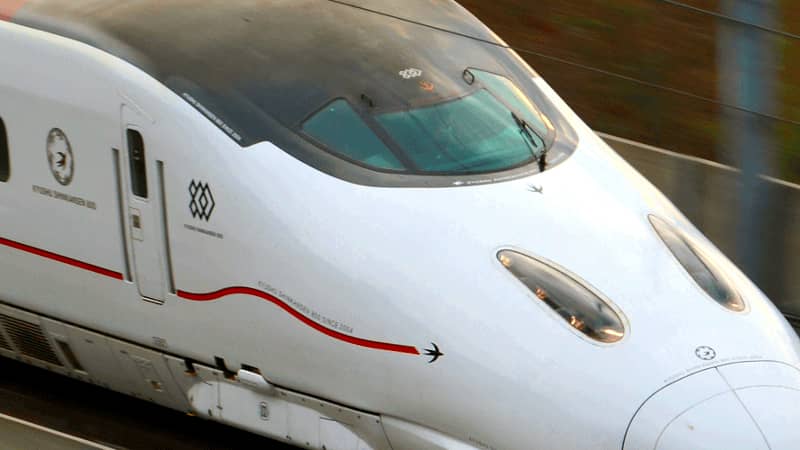 As more than 400 high-speed trains run across Japan on a busy day, approximately 1 service every 3 minutes, it’s understandable that ensuring Shinkansen safety measures is a major priority for operators.

In addition to a number of safety protocols to guard against accidents and natural disasters such as earthquakes and typhoons, Japan Rail has also implemented a number of measures to protect Shinkansen passengers from the spread of COVID-19 during the global pandemic.

Following the implementation of COVID-19 travel restrictions for Japan by the Japanese government, the operators of Shinkansen lines across the country were quick to impose a number of safety measures to guarantee the health of passengers traveling on their trains.

Although Shinkansen and Limited Express trains are hermetically sealed to enhance the maximum speed they can achieve, ventilation is continuously provided within the cars.

Air is circulated within Shinkansen cars every 6-8 minutes, with some of the air drawn in coming from outside of the train via a ventilation system. On Limited Express services on conventional lines, air is expelled through ventilation fans.

On commuter trains, the car doors are opened at every station the service stops at and windows are often opened for added ventilation. Air conditioning is also applied to these services in the summer months to enhance air circulation according to the temperature both inside and outside of the train and the current occupancy rate.

All Shinkansen and Limited Express train cars are thoroughly cleaned between each service, and sterilized with sodium hypochlorite, an effective solution sanctioned by Japan’s Ministry of Health, Labor, and Welfare.

All areas that come into contact with passengers are wiped down, including

All train stations in Japan are now regularly sprayed with disinfectant in addition to regular cleaning protocols, and hand sanitizing gel is widely available at all of the major terminal stations.

Additionally, all staff at stations are obliged to wear face masks at all times, and plastic screens have been installed at ticket booths to ensure further protection.

Measures for selling reserved seat tickets have also been revised to minimize the risk of spread of COVID-19, as employees have been tasked with ensuring there is sufficient space for social distancing between passengers within the car.

Queue areas outside of ticket booths have also been marked to ensure safe distances are maintained when waiting in line.

In addition to the measures listed above, Japan Rail has also implemented a policy of broadcasting COVID-19 safety advice throughout train cars and stations to remind passengers to:

Some service providers, such as JR East, have also implemented an app to allow passengers to view congestion information for train cars and some stations on major lines in the Tokyo area such as the Yamanote Line.

The Shinkansen bullet train system has an impeccable safety record over its more than 50-year history, thanks to a number of measures that have been cemented in place to safeguard against accidents and natural disasters.

As the interval between Shinkansen services is so short, even small delays can result in a backlog of trains, so any possible distributions have to be taken into consideration. Happily, the yearly average delay on bullet trains in Japan is only 30 seconds, largely due to the efforts of the highly trained Shinkansen conductors. 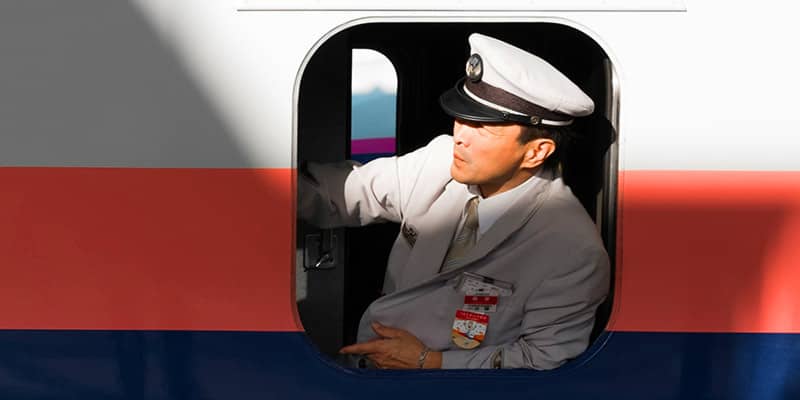 Shinkansen drivers constantly calculate the optimum speed the train needs to travel in order to get to each station on time using an analog pocket watch specially issued by Japan Rail for this purpose, which facilitates split-second calculations.

Additionally, bullet-train conductors are fully trained using simulators to deal with any possible issues without having to stop the train and disrupt the service.

Due to the risk of earthquakes in Japan, Shinkansen trains are fully equipped with sensors to detect serious seismic activity so that the train can be immediately stopped until the service can safely resume at a reduced speed or be suspended depending on the situation.

Following an earthquake, normal Shinkansen services do not resume until extensive safety inspections to identify any potentially damaged equipment have been carried out.

Seismic reinforcement measures on structures including bridges, viaducts, and train sheds have also been implemented along numerous Shinkansen tracks, as well as derailment-prevention guards designed to protect train wheels from excessive deviation.

Finally, some newer models of Shinkansen trains, such as the Alfa X, have new safety features to protect passengers against earthquakes, including dampers to improve stability.

The n700s Shinkansen model also operates on a self-propulsion system to prevent trains from becoming stranded during unforeseen power outages during earthquakes.

In addition to the protocol of operating at reduced speeds during and after heavy rain, Japan Rail has also identified and reinforced numerous landslide-prone areas with measures including disaster-prevention sloping construction and rockfall protection fencing.

In order to minimize disruption to services caused by strong winds during typhoons, windbreak fencing has also been installed along regulated sections on many tracks, including along the Kosei and Hokuriku lines.

Shinkansen trains undergo constant inspection to ensure everything is running smoothly, including a complete examination every month to check that power levels, door operation, and brake function are running as they should be.

To check that tracks are in good condition, and ensure that signals and aerial wiring are functioning, special inspection trains known as Doctor Yellow are deployed on a nightly basis.

Finally, in order to prevent human injury by accident on Shinkansen platforms, a number of safety measures have been implemented at bullet-train stations, including painted red lines to improve visibility, constant maintenance of platform screen doors, and the installation of emergency buttons.

In the rare case that a human injury accident does occur, Japan Rail’s protocol involves suspending operation on an affected section until all the necessary procedures to guarantee on-site safety have been carried out.