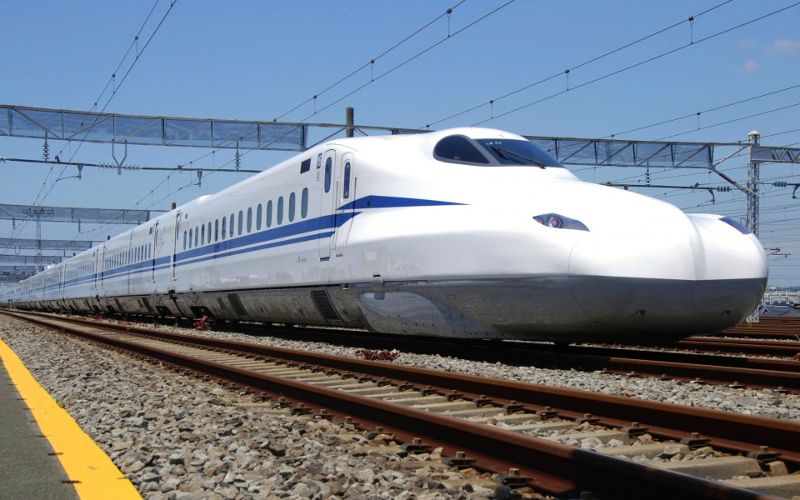 The N700S have now begun running on the Tokaido Shinkansen Line between Tokyo and Shin-Osaka. The new model of bullet train will have cutting-edge new features which reduce air resistance and noise in comparison to current models. It is the first fully remodeled bullet train in 13 years.

The front of the train is more streamlined and angular, and the interior also has new features to make journeys more comfortable for passengers. The reclining seats are specially-designed so the backrest and seat move in tandem and all seats have a power socket for mobile devices.

On 1 July 2020, the Central Japan Railway Co. officially launched the N700S trains into revenue service on the Tokaido Shinkansen with a ceremony at Tokyo station.

The company believes the lithium-ion battery self-propulsion system will be extremely useful during power outages or earthquakes. Trains that otherwise might be left stranded in bridges or tunnels will be able to operate catenary-free at low speed to the nearest station. Four of the N700S train’s 16 cars carry batteries on the underside of its carriages.

The N700 series is also operating on the Tokaido and Sanyo Lines (with the Nozomi, Kodama, and Hikari trains, the last two included with the Japan Rail Pass). A record maximum speed of 332km/h was reached in 2009 between Maibara and Kyoto during the series’ high-speed trials.

This fleet of bullet trains hasnow entered service on the Tokaido Shinkansen in July 2020.

The N700A was launched in 2013, and the ‘A’ suffix stands for ‘Advanced’. The suffix of the N700S stands for ‘supreme’ to signify the progression in design, technology, and comfort. It is the 6th-generation model of the N700 series and intended to be the best.

Other technological improvements include the utilization of a new type of active suspension will make journeys feel smoother. There are also be refinements to the ATC (Automatic Train Control) and the braking systems to allow for shorter braking distances in the event of emergencies.