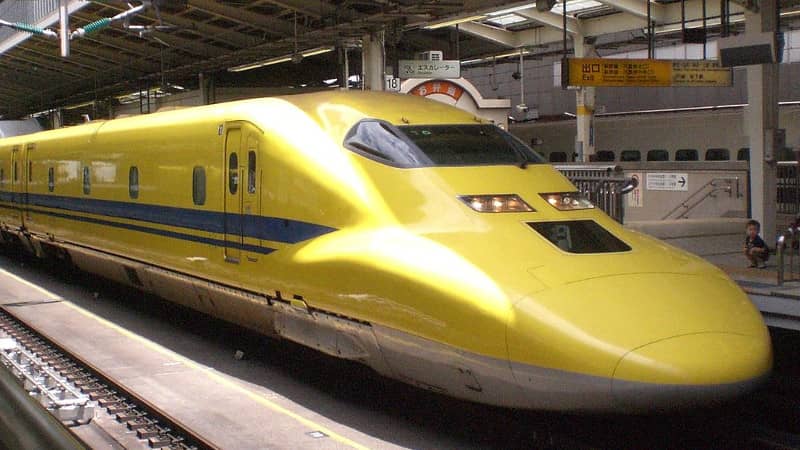 The Shinkansen network of high-speed bullet trains in Japan has a great safety record, thanks in large part to Doctor Yellow, the Shinkansen test train.

The Doctor Yellow Shinkansen is so named because it literally diagnoses any problems with the track and overhead wires as it speeds along, and is painted yellow instead of the regular white to make the trains more visible at night.

However, the color yellow also symbolizes happiness in Japan, and many Japanese locals believe that a rare sighting of this distinctive diagnostic train makes you happy and brings good fortune.

Doctor Yellow is also the fastest vehicle operating on the Shinkansen bullet train network, and often reaches its full speed of up to 443 km/h in order to properly test the tracks.

Doctor Yellow is regularly deployed on Japan’s rail lines in order to ensure that the standard gauge track used for Shinkansen services is sufficiently level and stable. 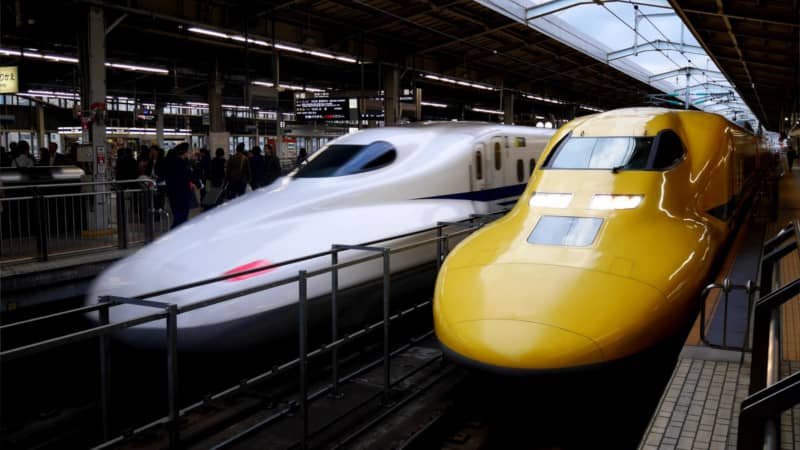 It usually carries a 9-strong crew, consisting of 2 drivers, 3 track technicians, and 4 workers to analyse power-related issues, who monitor the data collected and relay any concerns to maintenance crews to repair the problem.

There are 2 types of inspection methods employed by Doctor yellow:

Additionally, if there is an earthquake in Japan, or unusual vibrations are reported on a section of Shinkansen track, a Doctor Yellow train is immediately dispatched to the area to test its safety.

Doctor Yellow most commonly runs on the Sanyo Shinkansen and Tokaido Shinkansen lines from Hakata to Tokyo. Hakata station is located in Fukuoka on the island of Kyūshū.

There are actually 2 slightly different models of the diagnostic train, one which operates on the JR West line from Shin-Osaka to Hakata, and the other which serves the JR Central line from Tokyo to Osaka.

An additional test train, named East-i, serves other Shinkansen lines across Japan, but its white-and-red striped design has not yet attracted the same cult following as Doctor Yellow. 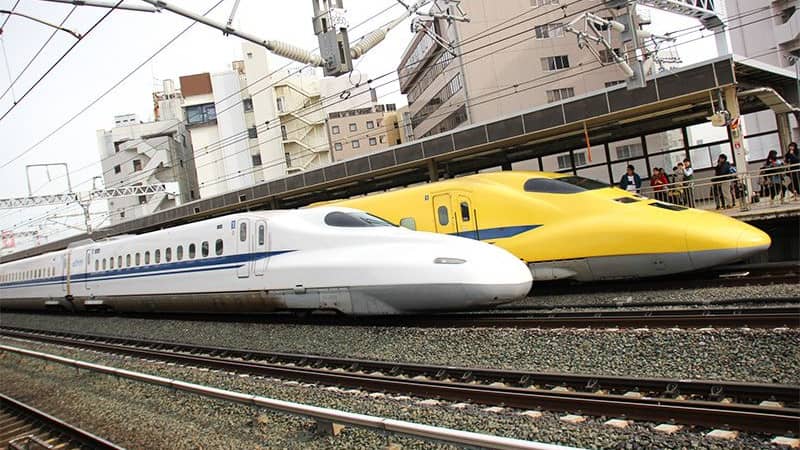 Unfortunately, Japan Rail does not publish a Shinkansen timetable for the operations of Doctor Yellow, meaning that no-one knows for sure when one of the distinctive service trains may be seen.

However, this only adds to the mystique and lucky reputation of the Shinkansen, and many Japanese train enthusiasts (known as densha otaku) make a sport out of spotting Doctor Yellow.

A number of online forums and bulletin boards in Japan allow users to share sightings of the Shinkansen and suggestions on where and how to see it next. There is even a dedicated Twitter account which live tweets Doctor Yellow sightings as it passes along the Sanyo Shinkansen line.

How to See Doctor Yellow

It is often possible to predict the movements of Doctor Yellow based on confirmed driving times and sightings from previous years:

If you are planning to track down Doctor Yellow and take some pictures of the elusive Shinkansen, it’s important to note that flash photography of the train is prohibited in an effort to avoid dazzling the driver.

As all of the windows on a Doctor Yellow are blacked out, it is not normally possible to see any of the maintenance equipment inside the train.

However, both JR West and JR Central occasionally hold contests to allow winning participants the chance to take a tour inside Doctor Yellow trains, a rare opportunity that many Japanese people consider to bring good fortune. 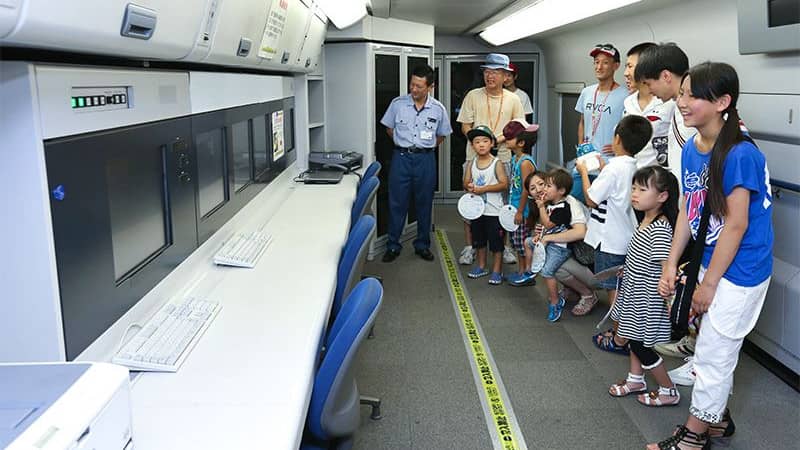 However, even if you aren’t lucky enough to win a place on an interior tour, you can still take a little piece of Doctor Yellow back from your trip. A range of merchandise depicting the famous train, including T-shirts, backpacks, sneakers, and USB sticks, is available for sale across Japan. 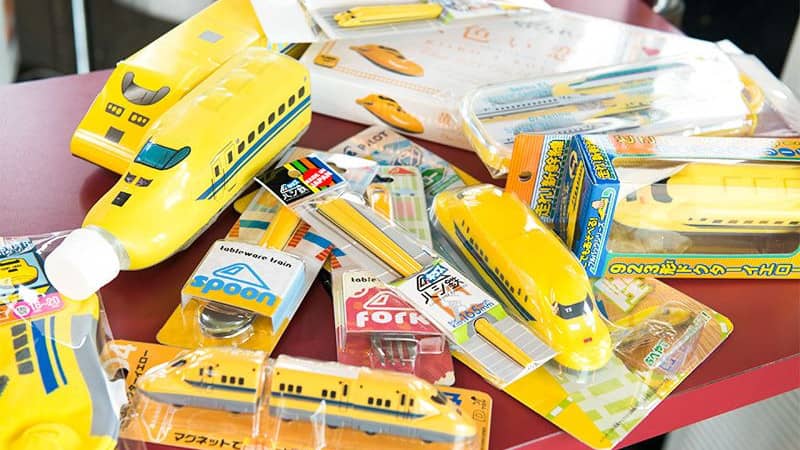