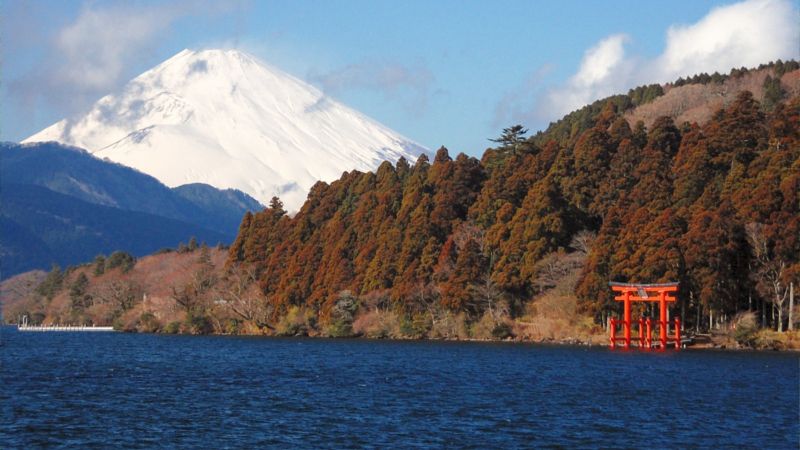 Travelers in Japan are spoiled for choice when it comes to mountains and volcanoes to visit. Over 70% of Japan is mountainous, with mountain ranges running through all the main islands.

Japan’s mountains offer a welcome break from the city and a chance to explore the countryside and enjoy the best views of Japan’s spectacular landscapes.

This guide to the top 10 mountains in Japan will help you decide which to visit during your stay. 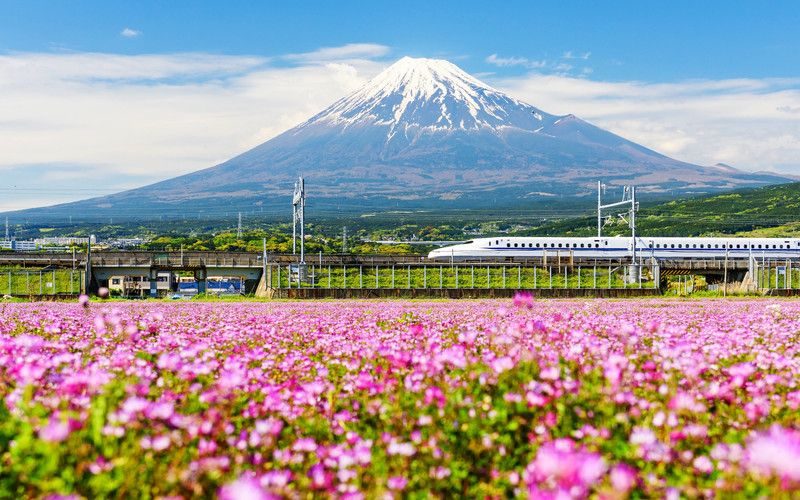 Mount Fuji is Japan’s highest mountain, at 3,776.24 meters. One of the 3 sacred mountains in Japan, it has extra special significance.

Mount Fuji is located in Yamanashi and Shizuoka ken prefectures of central Honshu. It’s a little over 100 km west of Tokyo city center, making it ideal to visit on a day trip from the capital.

The mountain is known for its almost perfectly symmetrical shape and snowy peak. This iconic view is itself a reason to visit Mount Fuji during your trip to Japan.

The mountain is officially open to climbers during July and August, with several different routes available. 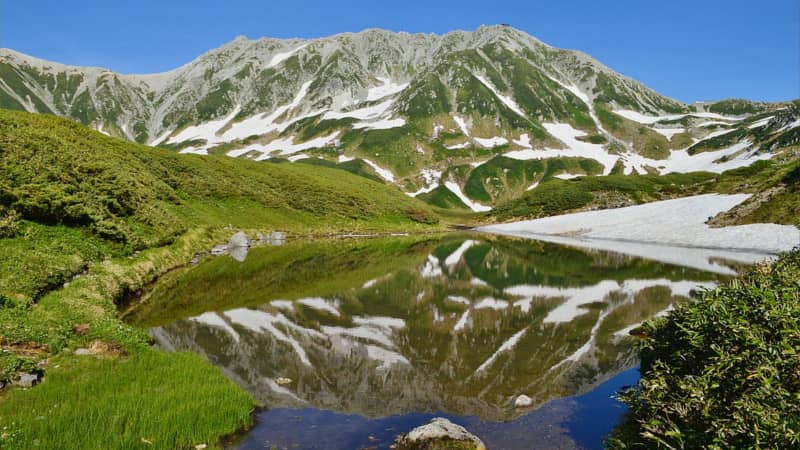 Mount Tate, commonly referred to as Tateyama, is another of Japan’s sacred mountains. It is in the southeast region of Toyama prefecture, Honshu. Standing at 3,015 m tall, Mount Tate is one of Japan’s tallest mountains.

The mountain offers stunning scenery through the seasons. From lush vegetation in the summer, to snow in the winter. It’s known for its snow wall that lasts until June. 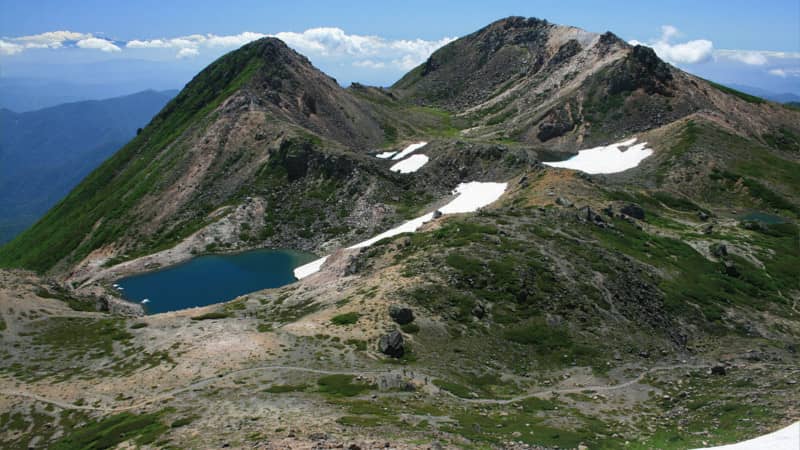 Mount Haku is the last of the 3 sacred mountains in Japan. This impressive mountain lies on the border between the Ishikawa and Gifu prefectures of Honshu.

Mount Haku is 2,072 m tall. It’s best for summer hiking, from June to October, with various tracks to choose from. The most popular hiking route takes between 8 and 10 hours to complete.

During the rest of the year, Mount Haku is covered with snow and is very picturesque. 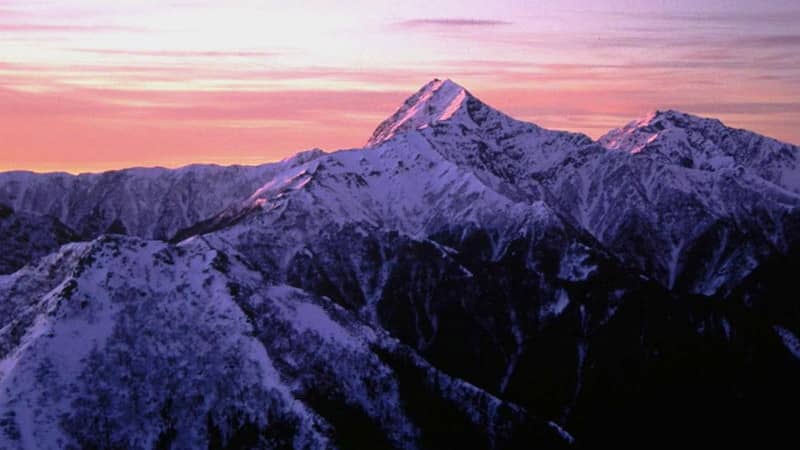 Standing 3,193 m tall, Mount Kita is the second-highest mountain in Japan, after Mount Fuji. Mount Kita is in the Yamanashi prefecture and can be accessed easily from Kofu City

It is a great option if you want to do some mountain climbing during your stay in Japan.

There are different options for climbing the mountain, including routes through snowy valleys, rocky ridges, and more. 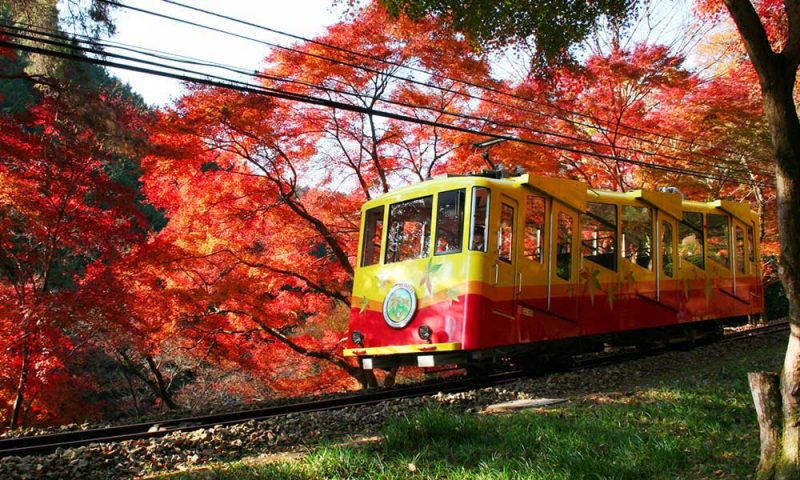 While significantly smaller than other mountains on the list, just 599 m, Mount Takao is still worth visiting.

Located under an hour by train from Shinjuku station in the Tokyo prefecture, it’s a great day trip out of the city. Given that it’s so easy to reach, Mount Takao can get busy at the weekends. Consider going during the week for more peace and quiet.

It takes just 1 hour 30 minutes to climb, and there is a cable car that takes you to the summit. From there, you can enjoy stunning views of Mount Fuji. 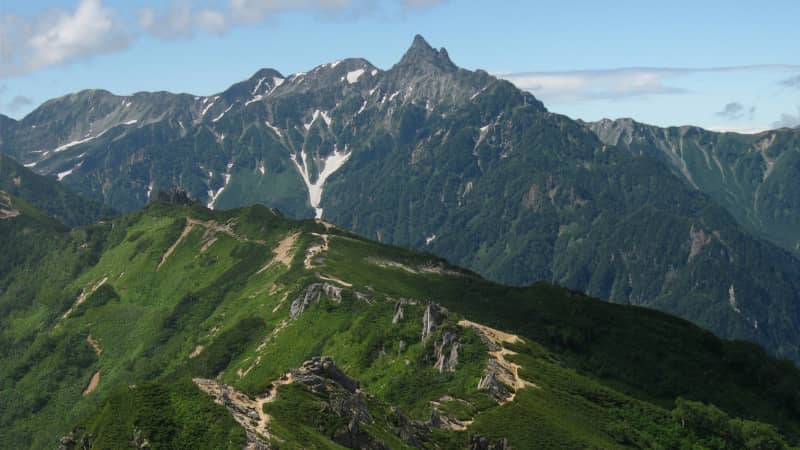 Mount Yari, in the Nagano Prefecture, is known for its distinctive pointed peak and is popular amongst summer hikers.

You can select from several routes to the summit. It’s a long way up but make it to the top and you’ll be rewarded with fabulous views across the surrounding countryside.

The climb will take more than 24 hours in total, so you’ll need to camp overnight either at the mountain lodge situated 100 m from the peak, or in your own tent. 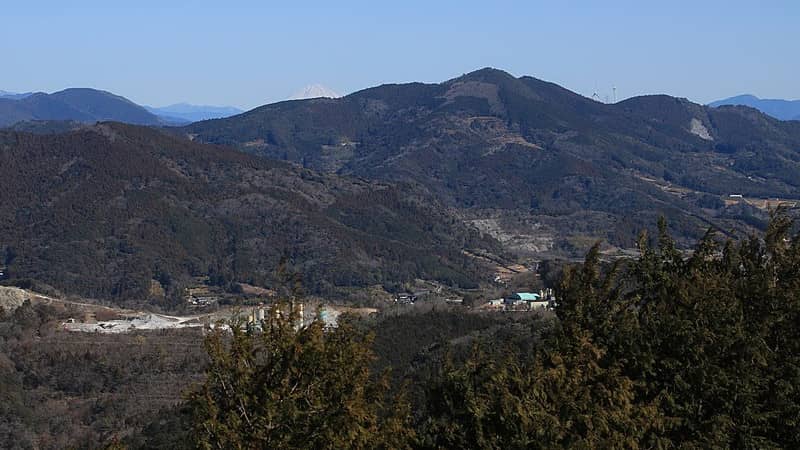 If you’re spending a few days in Tokyo, a day trip to Mount Mitake is highly recommended. You can reach Mount Mitake from Tokyo city center by train with your Japan Rail Pass in as little as 95 minutes.

You can opt to take the cable car to the halfway point, or walk the whole way to the summit, which stands at 929 meters.

At the summit, you’ll find Musashi-Mitake shrine, thought to have been a place for mountain worship for almost 2,000 years. 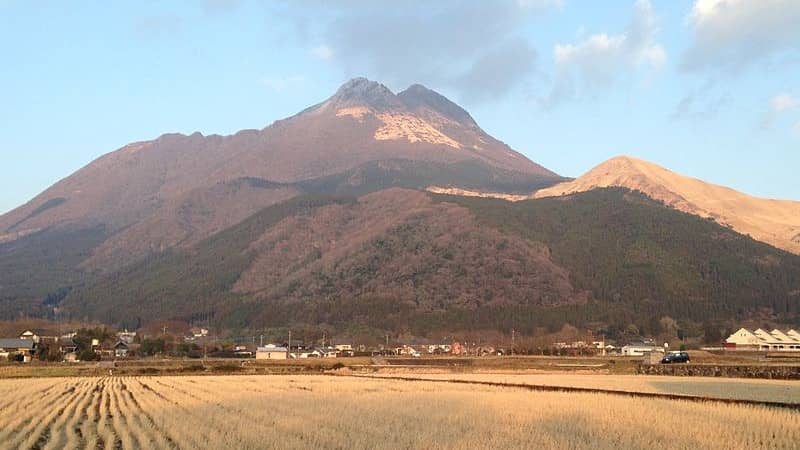 Another major mountain in Japan is Mount Yufu, on the border of Yufu and Beppu in Oita prefecture of Kyushu. The highest point is 1,583 meters tall. 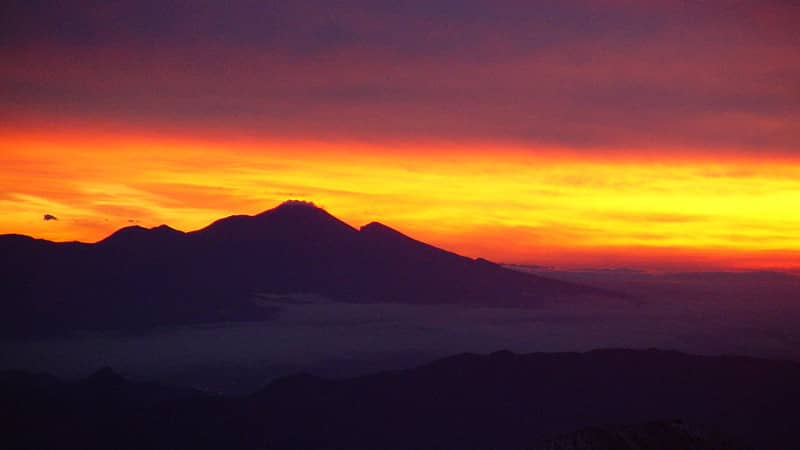 Mount Asama is the most active volcano in Honshu, on the border between the Gunma and Nagano prefectures.

If you plan on visiting Mount Asama, you need to check the latest updates in the lead-up to your trip. The last time it erupted was August 7, 2019.

Mount Asama is 2,568 meters tall. The trek to the summit from Takamine Kogen Onsen will take you approximately 3.5 hours, during the hike, you can take in excellent views of the Northern Japan Alps.

The highest area of Mount Asama is roped off to prevent visitors from getting too near the smoking crater. Climbing Mount Asama is a unique experience and recommended for adventurous travelers. 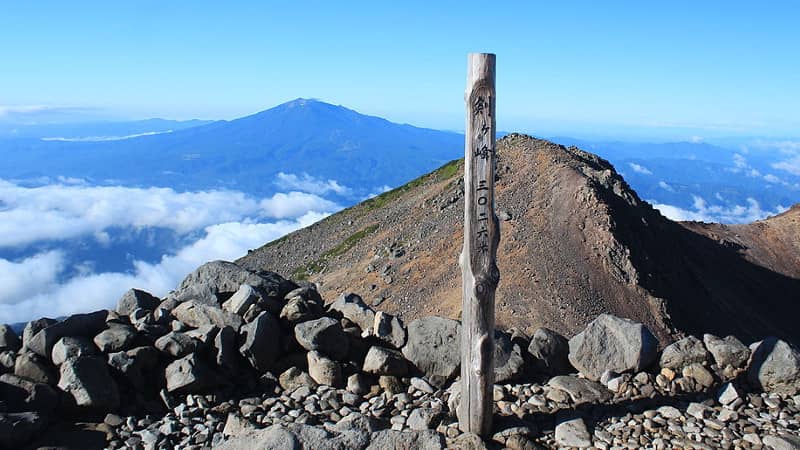 Mount Norikura is a volcanic mountain on the border between Nagano and Gifu prefectures.

At 3,026 meters tall, it is the third-highest peak in the Northern Japan Alps. Despite this, you can take a bus almost to the summit, so reaching the top isn’t too difficult.

Mount Norikura is a great choice in every season. Head there in the winter for spectacular snowy landscapes, or during the Autumn in Japan as the leaves turn golden.