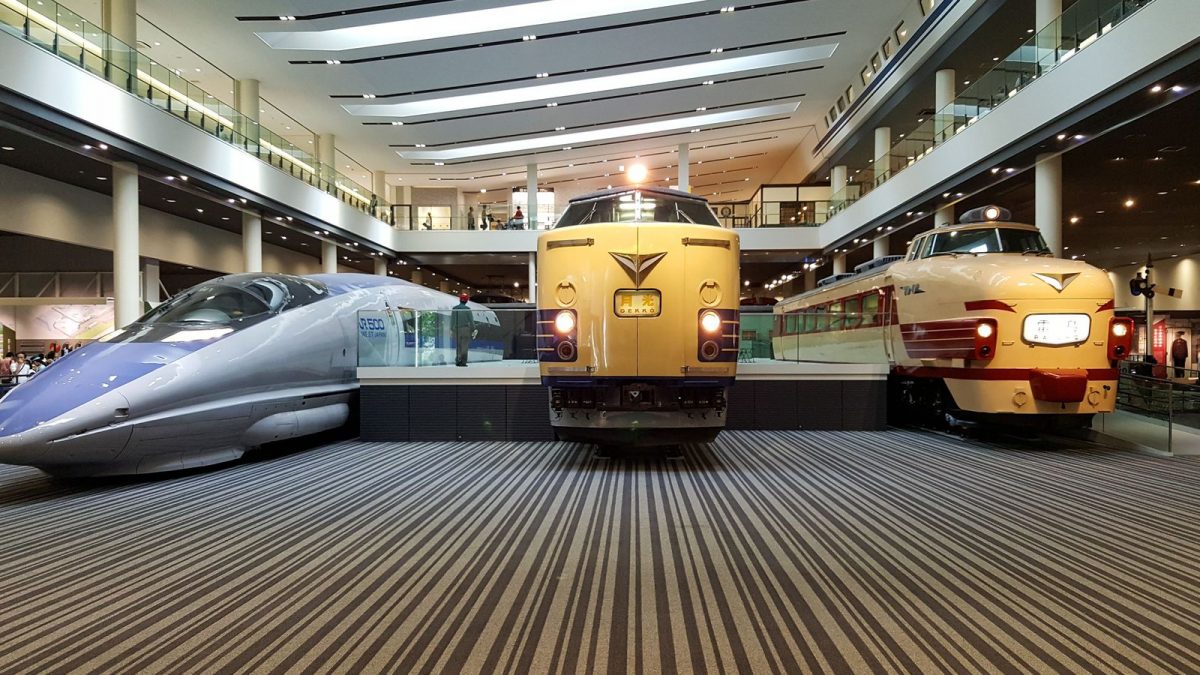 Do you love trains? From children to adults, many people are fascinated by these massive, powerful vehicles. Japan, with its long history of innovative rail transportation, is a vacation destination for train lovers of all ages.

The Japanese railway train museums chart the history of the train in Japan and around the world, from early steam locomotives to diesel and electric train cars, to the innovative shinkansen bullet train and maglev trains. As a boon for international travelers, these Japanese museums include informative displays in English as well as Japanese. The main museums in Kyoto, Nagoya and Tokyo are family-friendly, offering exciting hands-on exhibits for the education and enjoyment of little railroad fans and their parents alike.

If you are a railroad enthusiast, don’t miss these must-see railway museums in Japan. In Japan, the rails are not just an efficient and affordable way to travel – the Japanese train system constitutes a culture in and of themselves. The railroad museums are also an attractive recreational option if you are traveling in Japan during a busy time, such as Golden Week or during children’s vacations from school. Why? The museums are big and spacious, a pleasant place to visit even when crowded. We’ve compiled the top three for your consideration.

This Kyoto train museum features an enormous central room housing 53 real, full sized train cars for visitors to explore, spanning the long history of rail travel in Japan. In 2019, a new Japan Rail station is set to open next to the museum, with a viewing area to observe the activities of currently running trains. Nearby Umekoji Park has a steam locomotive that offers short rides several times a day.

There are also exhibits on display that were once held at the Modern Transportation Museum in Osaka, which operated from 1962 to 2014. If you are a train enthusiast traveling with others who are not, never fear – the Kyoto Train Museum is located near other museums and family-friendly attractions, including the Kyoto Aquarium, allowing you to include in your day something for everyone.

How to get there: The museum is located near Kyoto station, a mere 20-minute walk. Or, you can take a bus from Kyoto Station to the Kyoto Railway Museum-mae bus stop.

The Tokyo Railway Museum is located in Saitama City, about an hour outside of Tokyo. It commemorates the twentieth anniversary of the JR East rail system, and features exhibits on Japanese trains and those from abroad. There is a History Zone exhibit, as well as 36 actual train cars on display.

Children’s exhibits include model trains, a video simulation of driving a train, and a miniature train on which children can ride. Visitors can also drive miniature train cars on a test track. Interestingly, this museum also houses a research and development department for JR East.

How to get there: From Tokyo Shinjuku station, take the JR Saikyo line or the Shonan-Shinjuku line to the JR Omiya Station. From there, you can take a three-minute shuttle ride, using the new shuttle. The museum is also next door to the Tetsudo Hakubutsukan Station (not covered by JR Pass).

Located in Nagoya, this Japan rail museum houses 39 railway vehicles, a bus, many models, and a train cab simulator. A highlight of this museum is the futuristic Maglev car, which can achieve unprecedented speeds by literally hovering above the train track due to magnetic repulsion. An extremely popular museum, this park reached the milestone of one million visitors within one month of opening.

How to get there: To reach this museum, take the Aonami Line from Nagoya Station to Kinjofuto Station. From this station or nearby Legoland, the museum is a short walk away.

This list is, of course, not exhaustive. You may find other interesting train exhibits during your travels, including the Keio Rail-Land, Tobu Museum, Subway Museum, and Ome Railway Park in Tokyo; the Tsuyama Railroad Educational Museum in Okayama; the Usui Pass Railway Heritage Park in Gunma; the Otaru City Museum in Hokkaido; the Kyushu Railway History Museum in Fukuoka; and the Shikoku Railway Cultural Center in Ehime.

Finally, how better to travel between the aforementioned railway museums than by using Japan’s unique railway system? The passage on JR trains, including the shinkansen bullet train, is fully covered when you use the Japan Rail Pass.

Which museum or museums will you visit on your next Japanese vacation? Whichever you choose, you are in for the ride of your life!