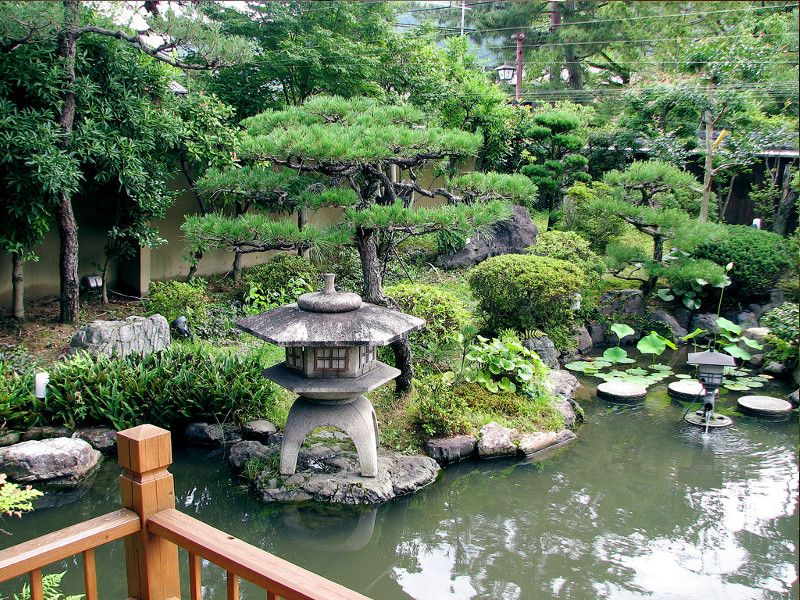 Ryokan and onsen are common concepts in Japan. To many city dwellers, these terms signify a getaway, a break from the hustle and bustle of life. What are onsen and ryokan?

An onsen is a hot spring, touted for its healing capabilities. Onsen may feed public or private baths where people go to relax. Ryokans are traditional Japanese inns, which developed to house travelers during the Edo period, especially on the route between Tokyo and Kyoto. Visitors to ryokan today still wear yukata robes and get sandals, and are treated to traditional multi-course dinners and breakfasts.

If you’d like to immerse yourself in the culture of Japan, staying at least one night in a ryokan is the way to go. We’ve assembled the following list of the best Japanese ryokan for you to choose from. 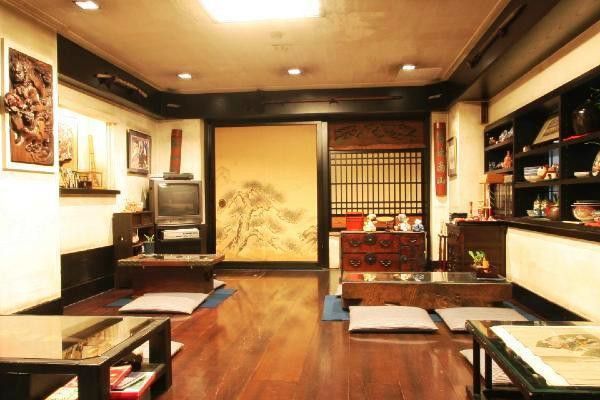 This ryokan is a great way to slow your pace while in bustling Tokyo. In addition to the Edo period décor, this ryokan offers private bathrooms, Wi-fi, and coffee. Entertainment is also available including Yakata bune – karaoke on a boat – and Tosenkyo, a fan-tossing game.

How to Get There: Take the Yamanote Line to Akihabara Station. Transfer to the Tsukuba Express to Asakusa Station. The ryokan is a five-minute walk from the station. 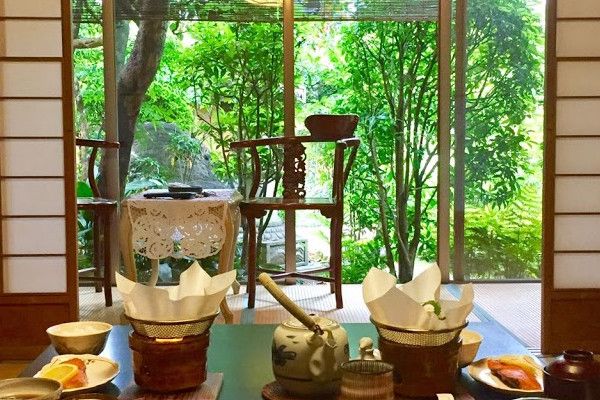 Located in historic Kyoto, this ryokan was once a private home. Each room has a private onsen constructed of wood and fed by the hot spring, as well as European style toiletries.

How to Get There: From Kyoto Station, take a car or a bus to the ryokan. 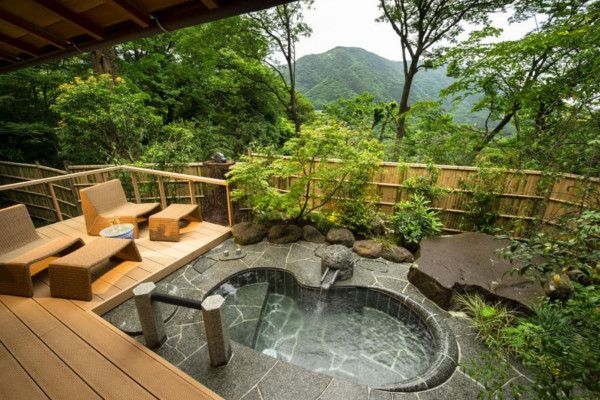 The Hakone region is littered with ryokans, many of which offer stunning views of Mount Fuji. Located around an hour from Tokyo by Shinkansen, the Hakone ryokan are also easily accessible to most travelers. The Gora Kadan is located on the grounds of the Imperial Family’s former summer villa. Water flows from two mineral-rich wells, and spa treatments such as massage are offered. 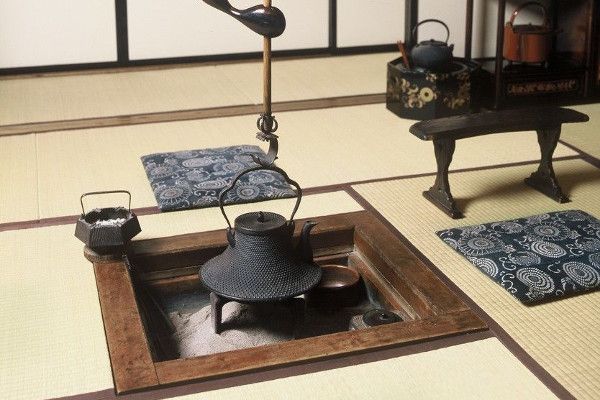 All rooms overlook either the picturesque gardens or the nearby Miyagawa River. The ryokan is decorated with a collection of antiques, harkening back to its inception in 1912.

How to Get There: From Kyoto Station, Take the Tokaido-Sanyo Shinkansen to Nagoya Station. Transfer to the Tokaido Line to Gifu Station. 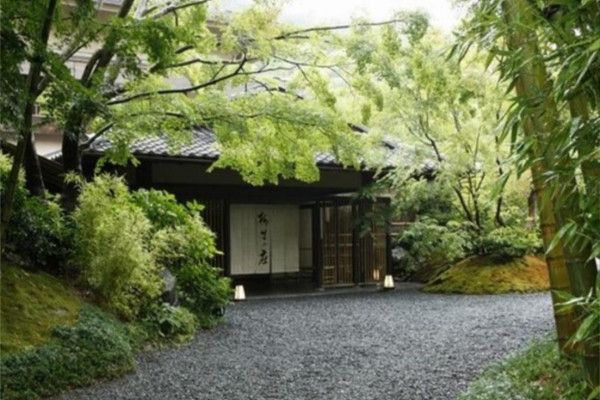 The ryokans of the Izu Peninsula are a bit farther from Tokyo – about two hours by train – and are therefore less visited. Yagyu no Sho is one of these off-the-beaten-path destinations, nestled in a thicket of bamboo within one of Izu’s forests. The inn has been operation since 1970 and remains with the founder’s family. It is described as “a conscientious inn of sumptuous comfort.”

How to Get There: From Tokyo Station, take the Tokaido-Sanyo Shinkansen to Mishima Station. Then, transfer to the Izuhakone Tetsudo-Sunzu Line to Shuzenji Station. Next, take a bus to Shuzenji Onsen. The inn is a twelve-minute walk from the onsen. 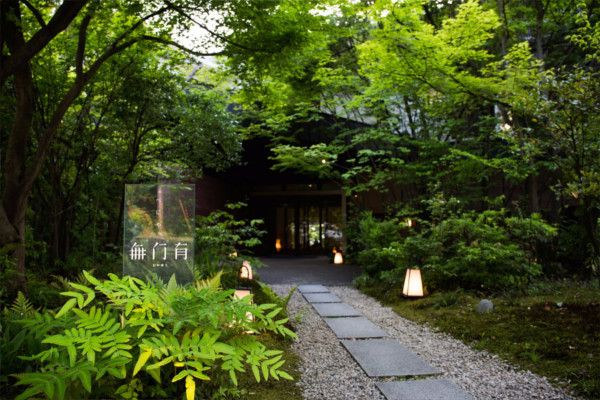 Hokuriku makes a pleasant stopover when traveling between Tokyo, Kyoto, and Osaka, and Benya Mukayu is one of its premier luxury ryokans. If you’re unsure of bathing in a public onsen, this ryokan may be the choice for you. Private, open-air hot spring-fed baths are available in all thirty-four rooms. You can choose from Western-style amenities, Japanese style, or combination suites.

How to Get There: From Tokyo Station, take the Hokuriku Shinkansen to Kanazawa Station. Transfer to the Thunderbird 82 to Kagaonsen Station. You can walk to the ryokan from the station or take a bus. 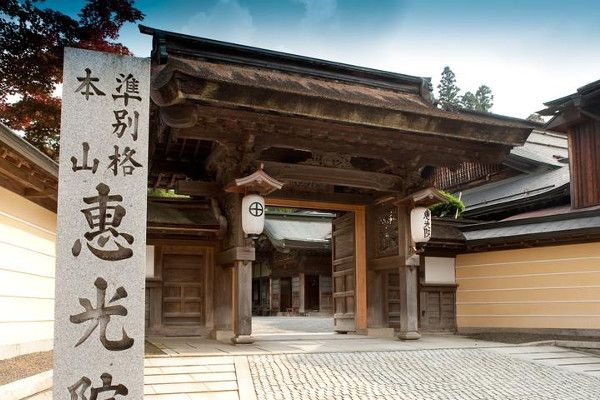 This ryokan is unique in that guests actually stay in a 1,000 year old Buddhist temple. Eko means “transference of merit”.

How to Get There: From Osaka Namba Station, take the Nankai Electric Railway Limited Express to Nankai Koyasan Station. Take the bus to the Karukayadomae stop. Your ryokan is a two-minute walk away. 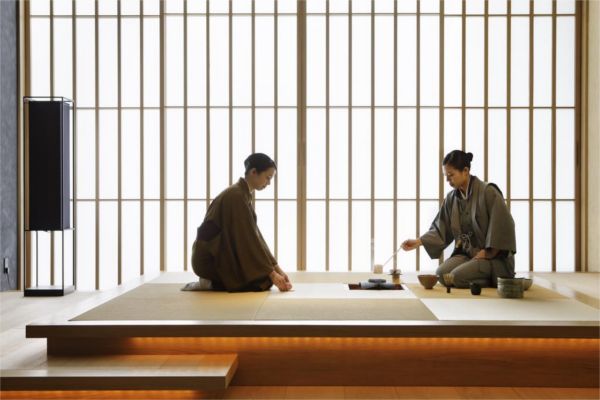 Set in Tokyo’s Otemachi neighborhood, the Hoshinoya Ryokan is something between a boutique and a luxury hotel. There are 84 spacious rooms spread over 17 floors and they are decorated in a minimalist style which combines natural wood with high-tech features.

The unique atmosphere is relaxing and intimate which feels like as escape from the hustle-and-bustle of the capital. There is also a top-floor, open-air onsen which is the perfect place to forget about your worries.

How to Get There: From Tokyo Station, on the Yamanote line, you can take the Tokyo metro Marunouchi line to Otemachi station, then, Hoshinoya Tokyo Ryokan is about 2-minutes walk. 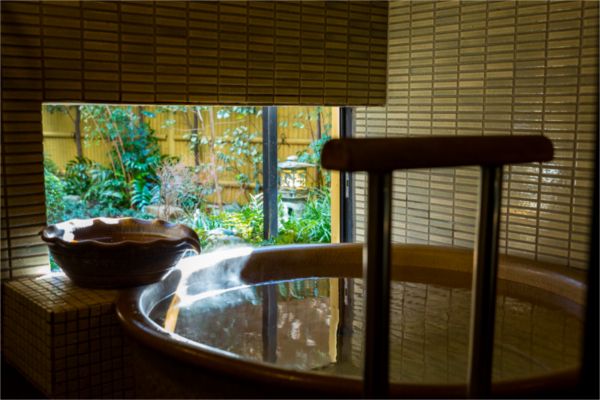 Sawanoya is located near Uneno Park in northern Tokyo and it is one of Tokyo’s most charming traditional ryokans. All the guest rooms are decorated in a style which is quintessentially Japanese and they are very comfortable.
Paper lanterns, Japanese baths, tatami mat rooms, and above all, a welcoming atmosphere, give the ryokan its unique feel. Most rooms do not have private bathing and toilet facilities but the shared ones are spacious and clean.

How to Get There: There are two stations relatively close to the Sawanoya Ryokan. On the one hand, Nippori Station, on the Yamanote line, and Nezu Station on the Tokyo Metro Chiyoda line. Both are about a 15-minute walk from the Ryokan. 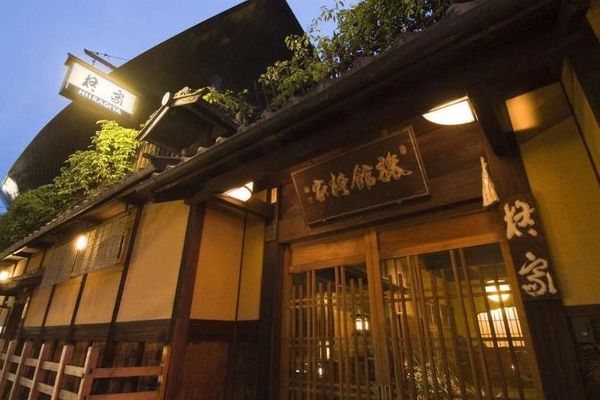 Hiiragiya Ryokan is in downtown Kyoto and it’s easily one of the city’s best inns. It’s renowned for its excellent service and fine decor. Each room is uniquely decorated with traditional hand-carvings, reed ceilings, and other traditional decorations. Many rooms hace fantastic views of the garden.
Guests are treated very well and can order Kyoto-style kaiseki cuisine straight to their rooms. Since it was established in 1818, Hiiragiya has been a hotspot for writers, politicians, and even members of the imperial royal family.

How to Get There: From Kyoto Station you can take the Kyoto Metro  Karasuma line to Karasuma Oike Station, then transfer to to Kyoto Metro Tozai line to Kyoto Shiyakusho-mae. Once there, Hiiragiya Ryokan is about 2-minutes-walk.

Are you ready to experience an authentic Japanese ryokan? Order your Japan Rail Pass today.

Note that access to some ryokan requires the use of non-JR railways.