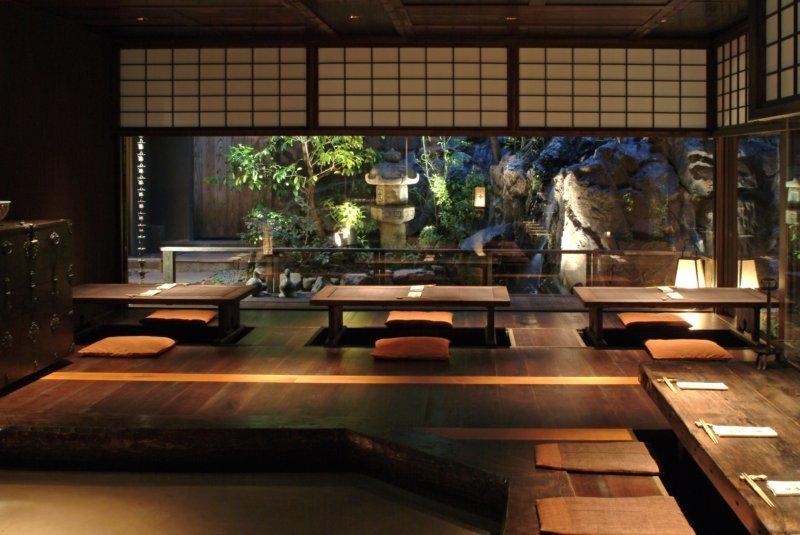 Would you like to relax and unwind during your international travels? Are you interested in a traditional Japanese experience? If you answered yes to either of those questions, a stay at a ryokan may be for you.

What is a ryokan? A ryokan is a traditional style Japanese inn or guest house. Typically small in size, these inns have often been run by the same family for generations. Ryokans are usually located near onsen, or hot springs used for therapeutic bathing, and their design, décor, and setting often focus on the simplistic beauty of nature.

Many Japanese city dwellers escape to ryokans to refresh themselves apart from the hustle and bustle of urban life. Ryokans differ greatly from western style hotels, so before you delve into this uniquely Japanese experience for the first time, consider the following tips for choosing and enjoying your ryokan.

Every ryokan is different, but many of the following aspects are common, especially among the more traditional inns. The décor in traditional ryokan is sparse and minimalist compared to western hotels. Instead of carpet, the floors are covered in woven, fragrantly scented tatami mats. The only furniture found in many ryokan includes a low table and legless chairs called zaisu. Futon bedding – not the fold-out couches common in Europe and the Americas, but comfortable sleeping mats with thick blankets – will be rolled out for you while you take the evening meal.

While many ryokan feature onsen or hot springs (as featured in our article), others are centered around public baths. At these ryokan, you will see many people walking around town, shopping and exploring, in their yukata robes and wooden geta sandals.

You will also find city ryokan in large metropolitan areas such as Tokyo and Kyoto. Since these ryokan may not be located near a natural onsen, many offer a traditional indoor bathing experience, fed by metropolitan water sources rather than natural springs. Kyoto has a few ryokan located in historic buildings, which have been in operation since the feudal era.

Ryokan versus Hotel: Which Should You Choose?

Ryokans offer a taste of Japanese culture and hospitality in a way that most westerners have not previously experienced. For example, at the ryokan, you will be fed a multi-course dinner called kaiseki and a traditional breakfast. These meals offer surprising delicacies made of local, seasonal ingredients that you are not likely to encounter at a typical restaurant.

Check-in is generally simpler than at a hotel, and you will have the added luxury of a personal attendant, or nakai-san. Your room will likely be equipped with sweets and an endless supply of matcha green tea.

Staying at a standard or rural ryokan may mean giving up some western style comforts, however. If having a private bathroom and western bedding is important to you, a hotel or luxury ryokan may be a better option. Be sure to do research or ask about available amenities before making your reservations.

Pricing may also be a determining factor in the type of accommodations you choose. Ryokan typically cost between ¥15,000 and ¥25,000 per person, per night. This is more expensive than a hotel stay, but you may find it worth the experience for one or two nights.

If you are traveling to Japan, try at least one night in a ryokan. Most people find that they enjoy the experience. Even if you do not, it is worth one evening to experience this unique aspect of Japanese culture.

When you arrive at your ryokan, you will immediately trade in your normal clothes for traditional attire. Before you enter, remove your shoes – outdoor shoes are never worn inside the ryokan. Instead, you will find slippers lined up and waiting for you. In your room, you will be given a yukata, or traditional robe, which you will wear during your entire stay at the ryokan.

Most signs, including directional signs and instructions for using the in-room heater, hot water dispenser, and toilet, will be in Japanese. Ask your nakai-san to show you how to use any unfamiliar items.

When using the onsen, be sure to abide by proper onsen etiquette, such as showering before and after and not getting anything – including the modesty towel – in the onsen waters.

How do you book your ryokan stay? You may do so through the inn’s website, by telephone, or through a travel agent. Before doing so, we suggest you take a look at the Japan Ryokan & Hotel association website, which is complete with recommendations and resources.