The Tokyo Olympics have finally begun! Get all the information on our complete guide including schedules, event details, dates, Tokyo Stadium, other venues and more.

The Olympic Games have a rich history dating back nearly 3,000 years. The first Olympics are dated to 776 B.C. The games were a festival to the god Zeus and were held every four years until they were suppressed in 393 C.E. Truces were enacted so that athletes from different regions could travel to the games in safety.

The International Olympic Committee was founded in 1894, and the first modern games were held in 1896. Like the ancient games, the Olympics are held once every four years, drawing participants from more than 200 nations.

What Are the Paralympics?

The Paralympics are one of the largest sporting events in the world. The games include multiple sporting events featuring international athletes, much like the Olympic Games. What makes the Paralympics special is the determination of the athletes who overcome disabilities such as impaired muscle power, impaired passive range of movement, loss of a limb, limb deficiency, leg-length difference, short stature due to a musculoskeletal deficit, hypertonia, ataxia, or athetosis.

This year’s Paralympics mark the sixteenth official Paralympic games. This will be the second time the Paralympics have been held in Tokyo. The first took place in 1964 alongside the 1964 Summer Olympics. 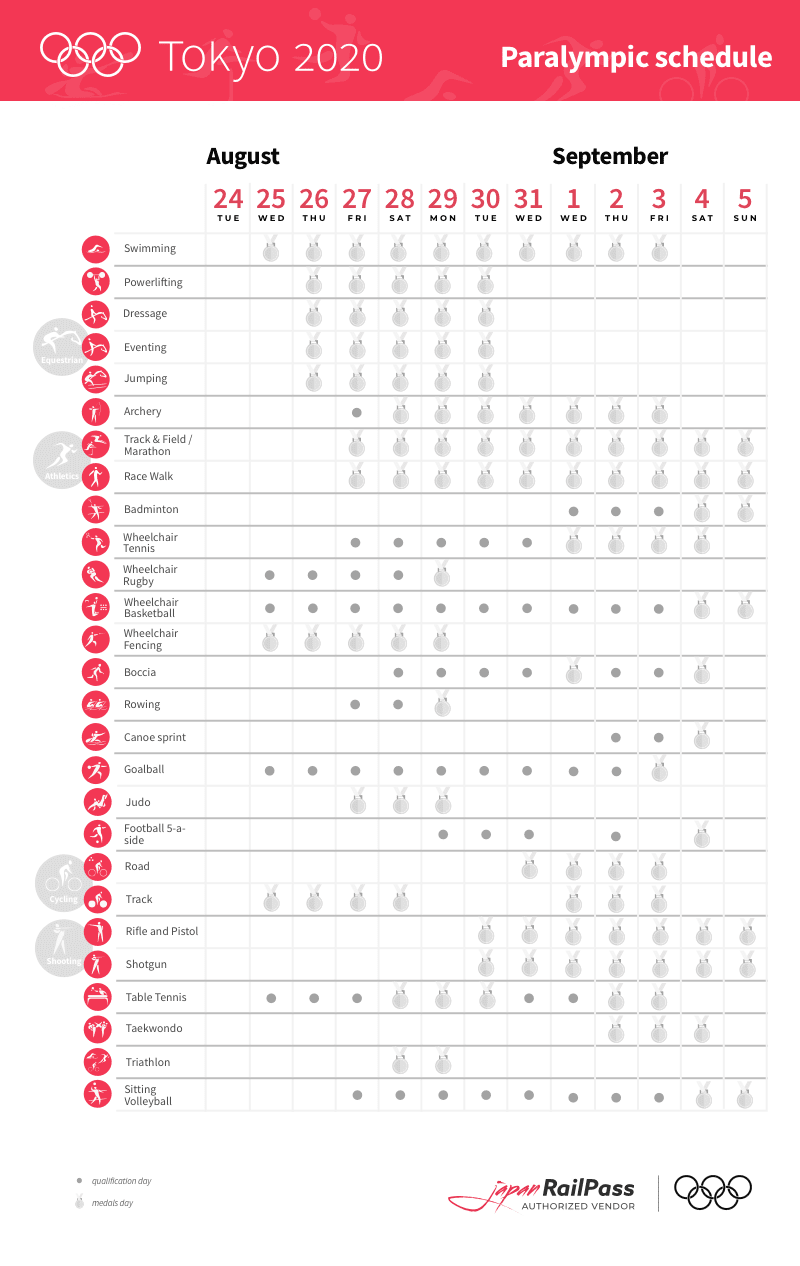 The 2020 Paralympic Games will be held in venues throughout Tokyo. The opening and closing ceremonies will be held at the New National Stadium in the Heritage Zone, the location of the 1964 Olympics. Other venues in this zone include the Nippon Budokan, Tokyo Equestrian Park, Tokyo International Forum, Tokyo Metropolitan Gymnasium, and the Yoyogi National Stadium.

Venues outside of these zones include the Musashino Forest Sports Plaza, Asaka Shooting Range, Izu Velodrome, and Fuji Speedway.

Interestingly, Tokyo has been working to increase accessibility, including sidewalks and doorways, in the city as a “legacy project” in advance of the games.

The 2020 Paralympics will consist of 540 events in 22 sports. Several new sports will be added this year, including:

These sports will replace 7-a-side or Paralympic football and sailing.

Watch for the following events:

The Paralympics is a truly international event. Around 4,400 athletes from around the world are expected to participate.

Participating nations and number of athlets:

The logo or emblem of the 2020 Paralympics is a traditional Japanese hand fan in circle form, embellished with a dark blue checkerboard pattern. It depicts the games as “the source of a fresh new wind refreshing the world as well as a shared experience connecting diverse hearts and minds.”

The medals will be made of recycled materials. Each contains the Paralympic logo as well as the words “Tokyo 2020” in braille. Indentions on the sides of the medals indicate the placement – one for gold, two for silver, three for bronze.

The mascot Someity also represents the 2020 Paralympics. Her pink and white design was inspired by the Japanese cherry blossom.

Tickets to the 2020 Paralympics are being awarded to residents of Japan on a lottery basis through the Tokyo 2020 official ticket website. Authorized ticket resellers in other countries can also be accessed there. If you plan to attend, be sure to make your travel reservations early, as accommodations will likely sell out.