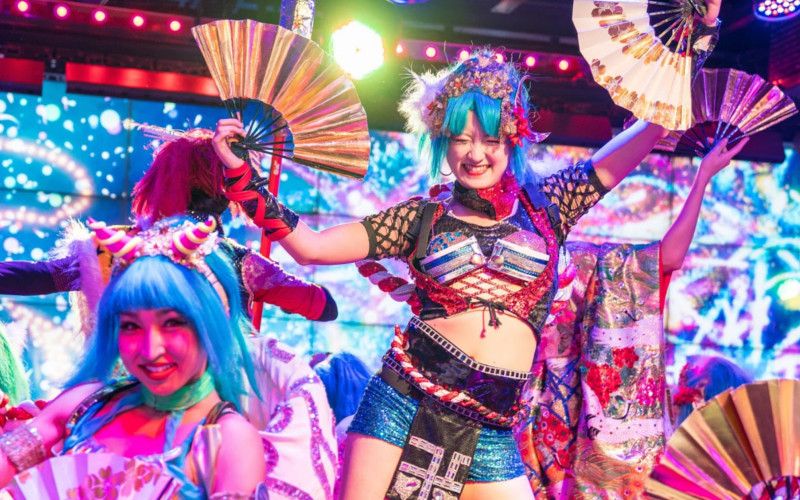 Japan is known for always being at the forefront of technology. The metropolis of Tokyo is a buzzing hive of innovation, often referred to as the “neon city”. One of Tokyo’s most popular attractions takes this status to the next level.

Dancing girls. Robots. Dinosaurs. Monsters. Ninjas. Disney-style princesses. Superheroes. Lasers, drinks, and loud music. You name it, and the dinner show at the Robot Restaurant has got it.

The Robot Restaurant is located in the basement level of one of Shinjuku’s neon-laden buildings. Standing outside the Robot Restaurant, you can take your picture sitting in an oversized “robot chair,” which allows you to control the movements of a female robot. After checking in with your ticket, you’ll be directed to a glittery waiting lounge. And that’s only the beginning.

What is the Robot Restaurant?

The Robot Restaurant, which opened in 2012, was not actually intended as a tourist attraction. The oversized robots and females in flamboyant and provocative costumes were meant to appeal to Japanese businessmen, as an escape from the rigors of the economic world.

One travel blogger described the restaurant’s aesthetic in this way:

“Not like an ordinary bar, it’s like a glitter factory exploded and was reassembled into a bar. Mirrors, rainbow colors and all sorts of details everywhere, and I mean literally everywhere.” 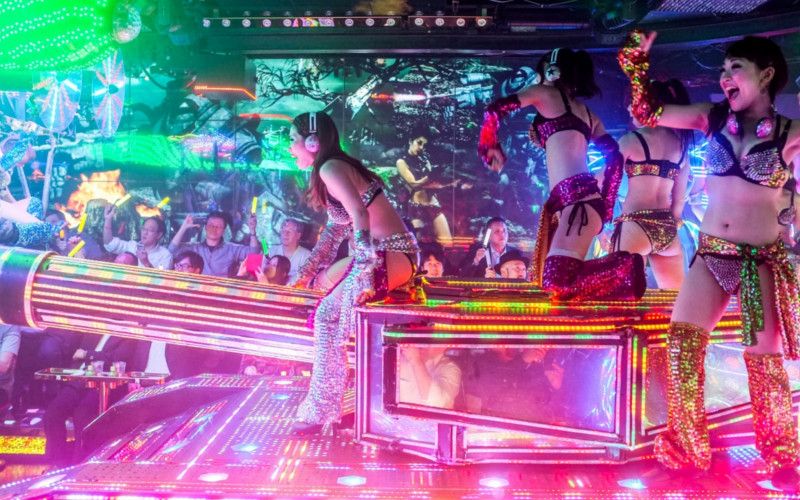 The Robot Restaurant is located in Tokyo’s Shinjuku district, in the area known as Kabukicho. It is a 15-minute walk from Shinjuku Station. To get to Shinjuku station, depending on where you come from, you can take the Yamanote line, or the Chuo line, both stop at Shinjuku station

You can use your Japan Rail Pass to quickly and easily navigate Japan’s commuter rail system. If you’re ready for an unforgettable adventure, book your reservations at the Robot Restaurant today.

Is the Robot Restaurant family-friendly? As the venue has become more tourist-oriented, some of the more sensual elements of the show have been replaced with milder costuming. While moderate violence and sexuality are present in the show, some families do choose to include children. The restaurant notes, however, that the loud music and flashing lights may be uncomfortable for some children, and should be avoided by those with conditions such as epilepsy. 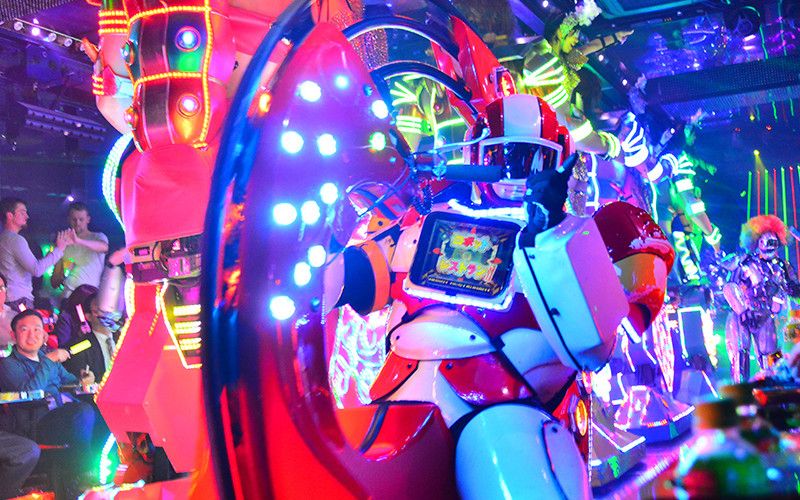 When you visit the Robot Restaurant, you are in for a sensory overload. The action is non-stop, and the disconnect from reality is sure to make you feel like a kid again.

What do the reviews reveal about the Robot Restaurant? Phrases such as “innovative”, “crazy” and “epic” are common. Here’s what one reviewer had to say:

“This show definitely has some of the best and most innovative performances in the world. It’s truly unique, and I can guarantee that you haven’t seen anything like it before. Words are not enough!”

Tickets can be purchased directly on the Robot Restaurant website. Tickets cost ¥8,000, or about $70.00 US. Tickets can also be purchased at the restaurant one hour before each show. Many shows sell out in advance, however, making on-site tickets unavailable.

If you’re looking for a discount, you can also get tickets from third-party travel websites. These tickets may lower the price of attendance by one third or more.

If you’d like to enjoy a full meal during the Robot show, it can be ordered in advance for the price of ¥1,000 to ¥1,500. Snacks, soft drinks, and alcoholic beverages, including beer, saki, and wine, can be ordered just before the show or during the intermission. Beverage prices range from ¥300 to ¥700. Drinks and snacks are cash-only. The menu also includes a full line of Robot Restaurant memorabilia, including t-shirts, canvas bags, tumblers, cookies, robot-shaped banks, pens, pins, fans, towels, mugs, and keychains.

Many visitors recommend dining elsewhere before or after the show and enjoying snacks and a drink during the show itself.

Be sure to arrive a half hour to an hour prior to your show time. If you are late, your seats may not be held and tickets are non-refundable. You’ll be able to enter the lounge prior to the show. 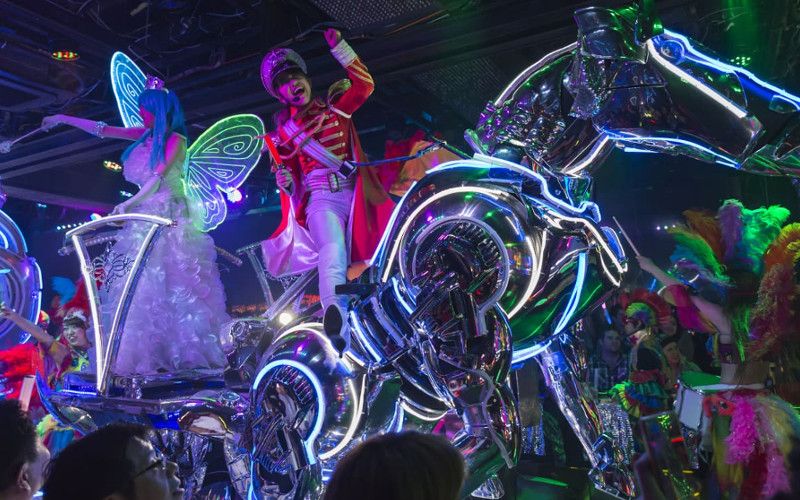 Street or travel clothing is acceptable at the Robot Restaurant. Sunglasses, large wigs, and costumes are prohibited. Tattoos must also be covered by appropriate clothing.