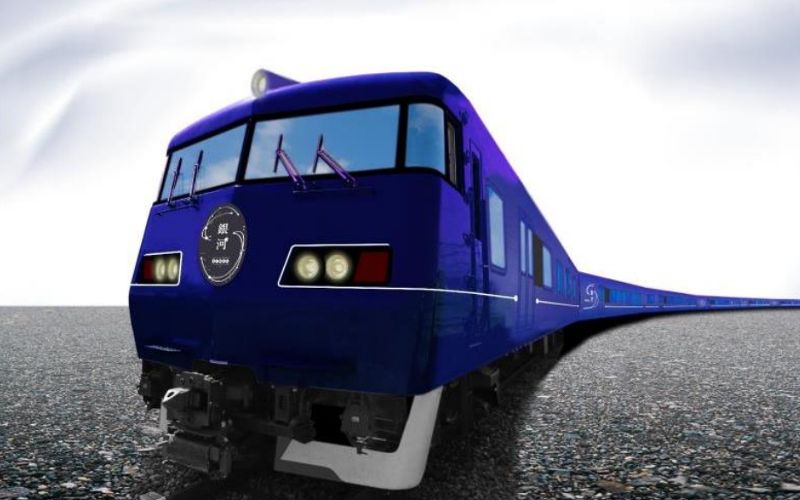 JR West has announced the launch of a new train which will link the Keihanshin area with a number of stations in the Sanin and Sanyo regions in western Japan. The Ginga train will launch in spring 2020.

The concept of the long-distance train is based around interstellar travel. Ginga means ‘Milky Way’ in Japanese, and the trains route along the western regions will represent the stars spread throughout the galaxy.

The futuristic design of the West Express Ginga will include a long stripe on the side, symbolizing long-distance travel and the dream of visiting exotic, faraway destinations. It will be lapis lazuli, a fantastic shade of deep blue which resembles the sea and sky.

The six-car train will carry roughly 100 passengers and will run throughout the day and night. The fourth car, and parts of the third and sixth cars, will be used as spaces where passengers can lie down or use the space freely for other other activities. More features are expected to be announced over the coming months.

The new Ginga service will be covered by the JR Pass. The price for a trip from Osaka to Izumoshi Station in the Shimane Prefecture (including both the normal fee and the express fee) is estimated at 10,000 yen, according to JR West. This is cheaper than similar alternatives which currently run.

There will be more expensive green car (first-class) seats available for a higher price. Travelers with a JR Green Pass will be able to board the luxury cars at no extra cost.

The first “Ginga” train began running in September 1949. It carried passengers overnight between Tokyo and Osaka. The journey took over 9 hours (now it takes 2 hours 30 minutes by Shinkansen bullet train!).

With the completion of the Sanyo Shinkansen line, the Ginga services were cut back in the 1970s. However, it wasn’t long before they made a comeback in 1987, when the service was relaunched to meet the needs of business travelers who wanted to travel between Osaka and the capital overnight.

The rise of cheaper overnight buses and flights between the two cities eventually diminished the Ginga’s appeal until the service stopped again in March 2008.

Now, Ginga trains will ride again! This time with much more style and speed than the original models. Keen train-lovers will be able to visit Japan’s incredible west coast on Ginga trains in just in time for the cherry blossom season and the upcoming Tokyo 2020 Summer Olympics.