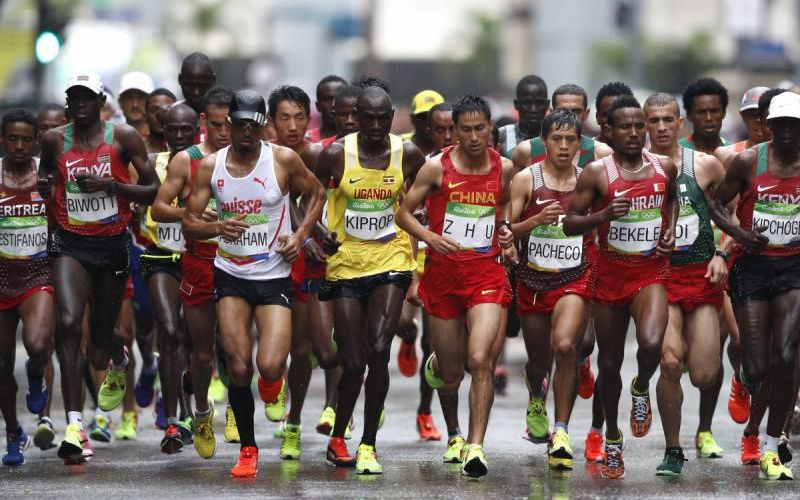 The Tokyo 2020 Olympic and Paralympic Games have been postponed to 2021 due to the covid-19 Coronavirus.

The new dates have already been confirmed for July 26, 2021. We will update the contents as new information appears.

Meanwhile, you can find out what’s new at: Tokyo 2020 Olympics delayed until 2021 due to Coronavirus

The Tokyo 2020 Olympic Marathon will take place in the city of Sapporo. The organizers made the announcement following long negotiations between various Olympic bodies.

The main reason why the event is not taking place in Tokyo is because of the high summer temperatures which are expected on the date of the event. Sapporo is situated on the northern island of Hokkaido where the temperature is expected to be 5 or 6 degrees lower.

In addition to the men’s and women’s Olympic Marathon event, the race walking events will also take place is Sapporo.

Although it has not been officially confirmed, there are rumours that the route of the marathon could follow the same as the Hokkaido Marathon. The 42.195 km route starts and finishes in the Odori Park.

The dates for the marathon were originally scheduled for August 2 (men’s) and August 9 (women’s). However, it is possible that, with the change of location, these dates could be moved. Likewise, the scheduled dates for the race walking events are July 31 and August 7 and 8 but they could be changed.

The marathon is traditionally one of the later Olympic events to take place. The Tokyo Olympics will start with the Opening Ceremony on July 24 at and will end with the Closing Ceremony on August 9, this means the women’s marathon will be one of the final events of the competition.

How to get to Sapporo from Tokyo

One of the main inconveniences of moving the Olympic marathon from Tokyo to Sapporo is the 1,000 km distance between the 2 cities. Many sports fans who will not want to miss the special event will have to make the long journey.

From Tokyo to Sapporo by JR train

Traveling from Tokyo to Sapporo by train is a very convenient option. If you have a JR Pass, you can make the entire journey without paying for an extra ticket.

The journey is divided into 2 parts. Firstly, you take the JR Hokkaido Shinkansen from Tokyo Station to Shin-Hakodate-Hokuto Station which takes approximately 4 hours 30 minutes.

If you have enough time, Hokuto is a fantastic place to stop. It has numerous points of interest including sanctuaries, temples, and stunning mountains.

The second part of the journey is from Shin-Hakodate Station to Sapporo Station. You can either catch the Super Hokuto or the Hokuto Limited Express. Both options take around 3 hours 30 minutes and are covered by the JR Pass.

From Tokyo to Sapporo by plane

A quicker option is to fly from either Haneda or Narita Airport (which serve Tokyo) to New-Chitose Airport in Sapporo. The flight takes around 90 minutes and costs approximately $220 USD (it could be higher around the time of the marathon because of the high demand).

The city of Sapporo has a proud Olympic history. It hosted the 1972 Winter Olympics which closely followed the 1964 Tokyo Summer Olympics. Both events played a huge role in boosting Japan’s international reputation as a transformed country which recovered at an incredible pace from World War II.

The Sapporo ‘72 Olympics were the first winter Olympics to be held outside of North America and Europe. Over 1000 athletes from 37 countries participated in the huge, sporting event.

Sapporo was originally elected to host the 1940 Winter Olympics. However, after China invaded Japan in 1937 and World War II began in 1939, the event had to be cancelled.

The city finally had the chance to prove itself in 1972. Now we only have to wait until 2020 to enjoy another historic sporting event in Sapporo, the Olympic marathon.