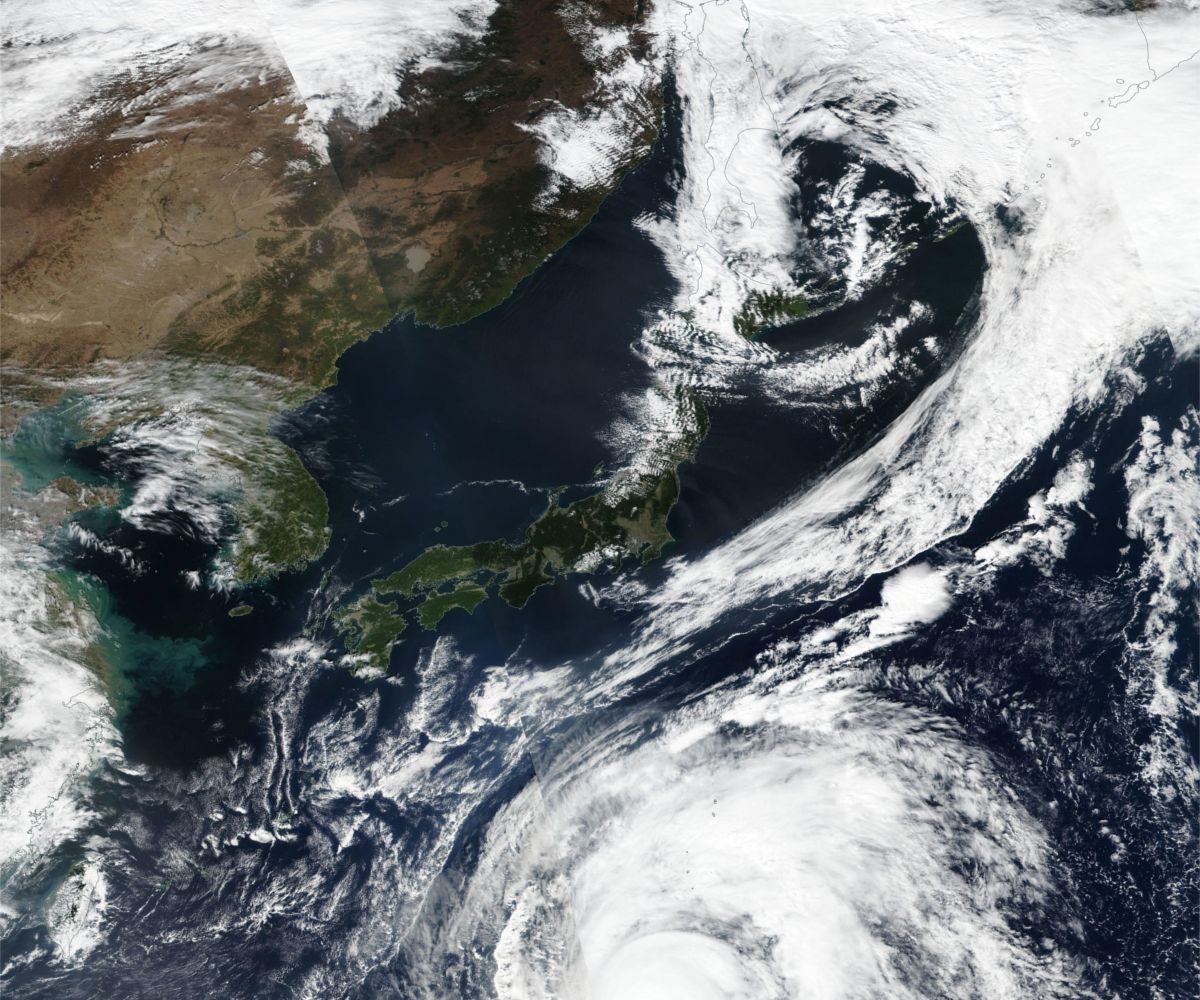 Japan, October 11, 2019 – The dangerous typhoon No.19, Hagibis, is currently in the Ogasawara Islands and moving north-northwest at 15 mph (25 kph). Authorities suspect it could make landfall around the Tokyo metropolitan area on Saturday.

Warnings of house collapsing have been issued by the Meteorological Agency due to strong winds of up to 135 mph (216kph).

Floods are also expected because Hagibis landfall is likely to coincide with high tides in Tokyo Bay.

Most powerful typhoon to hit Japan in decades

The massive size of Hagibis is one of the reasons why this super typhoon is so threatening. It has a diameter of almost half the length of the Japanese archipelago which is a precursor of bad news. Hagibis gigantic size means that storms begin earlier, affect bigger areas and last longer.

Hagibis is one of the most intense tropical systems of 2019 and the Japan Meteorological Agency expects the pressure to reach 950hPa on Saturday, the day that will near the Tokyo Greater area. If that is the strength with which the typhoon makes landfall in the region, this would be the most powerful phenomenon hit the area ever.

The timing of Hagibis landfall is really critical. Sea levels will be higher than usual this upcoming October weekend because of the full moon. That could result in storm surges and giant waves due to the high tide. The combination of all these factors increases the risk of flash coastal flooding exponentially.

Just a few weeks ago, in early September of 2019, Typhoon Faxai hit the Greater Tokyo area with gusts of 207 kph in Chiba Prefecture. Hundreds of thousands of households had no electrical power for days, countless houses lost their roofs, many people were displaced and are still living in temporary shelters, and there was also a death count. Now, the region is about to be hit again by another meteorological event of devastating consequences such as super typhoon Hagibis. Although Japan is a typhoon-ready nation, there is so much devastation an area can take.

More than 900 flights have been canceled and train operators have warned of major disruptions as Japan braces for the powerful Hagibis, forecasted to pass close to eastern Honshu on Saturday.

The following is a rundown of how the typhoon is going to affect transport:

The following is the operation plan of Tokaido Shinkansen for the weekend of October 12th and 13th, 2019.

The only trains that Tokaido Shinkansen is not going to suspend on Saturday are the following:

Typhoon Hagibis, which has been downgraded to Category 4 on the five-step Saffir-Simpson scale, will also impact the Rugby World Cup 2019. The super typhoon has forced organizers to call off 2 games scheduled for Saturday.

The canceled games that are going to be considered scoreless draws are:

The final decision about whether to call off the very much anticipated match between Japan and Scotland is not going to be made until Sunday morning.

If you are going to be in the area when Hagibis hits landfall, please make sure to follow the advice and evacuation orders of local authorities.

Ensure you have suitable shelter and do not venture outdoors. Remain well away from the sea.

You can find updated information and advice about this super typhoon on the Japan Meteorological Agency website as well as the Tropical Storm Risk website.