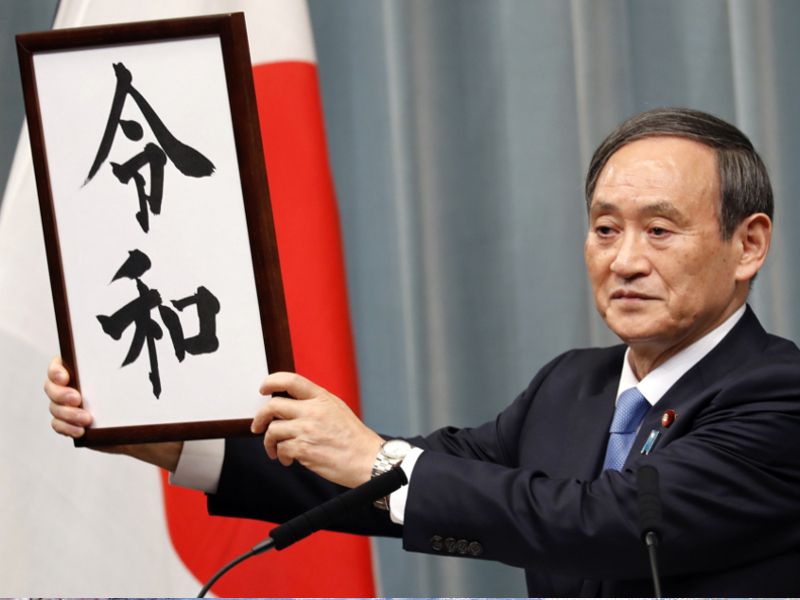 Japan has started a new imperial era which is called ‘Reiwa’, meaning ‘order and harmony’. The previous era, ‘Heisei’ (which means ‘achieving peace’), ended with Emperor Akihito’s historic abdication at the end of April.

Emperor Akihito handed the throne to his son, Naruhito, due to his old age which marked the end of the Heisei era. He was the first Japanese emperor to abdicate in over two centuries. Normally successions only take place after the death of an emperor.

Each emperor’s reign is given a name known as a ‘gengo’. The name of the new era is a combination of the two characters Rei and Wa. Rei can mean ‘commands’, ‘order’, ‘auspicious’ or ‘good’. Wa means ‘harmony’ and ‘peace’.

The Enthronement Ceremony is an ancient tradition (the Japanese monarchy are the world’s oldest continuous hereditary monarchy) which marks the accession of a new emperor to the Chrysanthemum Throne. Various imperial regalia are presented to the new emperor during the course of the ceremony.

Emperor Nahurito’s Enthronement Ceremony will take place on October 22, 2019. It will be attended by 5,000 official guests including high-profile delegates from 195 countries. One of the main parts of the ceremony will be a huge parade, called, Shukuga-Onretsu-no-gi, which will follow a 4.6 kilometer route.

How important is the new name?

The start of the Reiwa era marks a huge moment for Japan both historically and symbolically. There have only been four eras in Japan’s modern history (since the Meiji restoration in 1868).

The name of each era is chosen to set the tone for the coming years. The gengo appears on all coins, stamps, newspapers, driving licences, and other official paperwork. The gengo calendar is declining in popularity but is still used buy around a third of the population.

The announcement of the new name followed weeks of media speculation and secret cabinet meetings. The name was eventually chosen from a shortlist drawn up be a panel of experts and academics.

Prime Minister Shinzo Abe said: “Our nation is facing up to a big turning point, but there are lots of Japanese values that shouldn’t fade away.”

Check out how the end of the Heisei era and the beginning of the Reiwa era will affect national holidays in Japan and why is it a reason for an exceptional Golden Week of 10 days in 2019.

Public Holidays that Changes with the New Era

The Japanese Government has created new public holidays to celebrate the coronation of the new emperor. Golden week is celebrated every year in Japan but in 2020, the festivity was extended to 10 days.

The Emperor’s Birthday used to be celebrated on December 23rd, since it was the birthday of the former Emperor Akihito. Now, this holiday will be celebrated on 23 February (in 2020 it will be a public holiday on 24 February, since 23 is Sunday), the day on which Emperor Naruhito celebrates his birthday.